How the road to renewables runs through mining 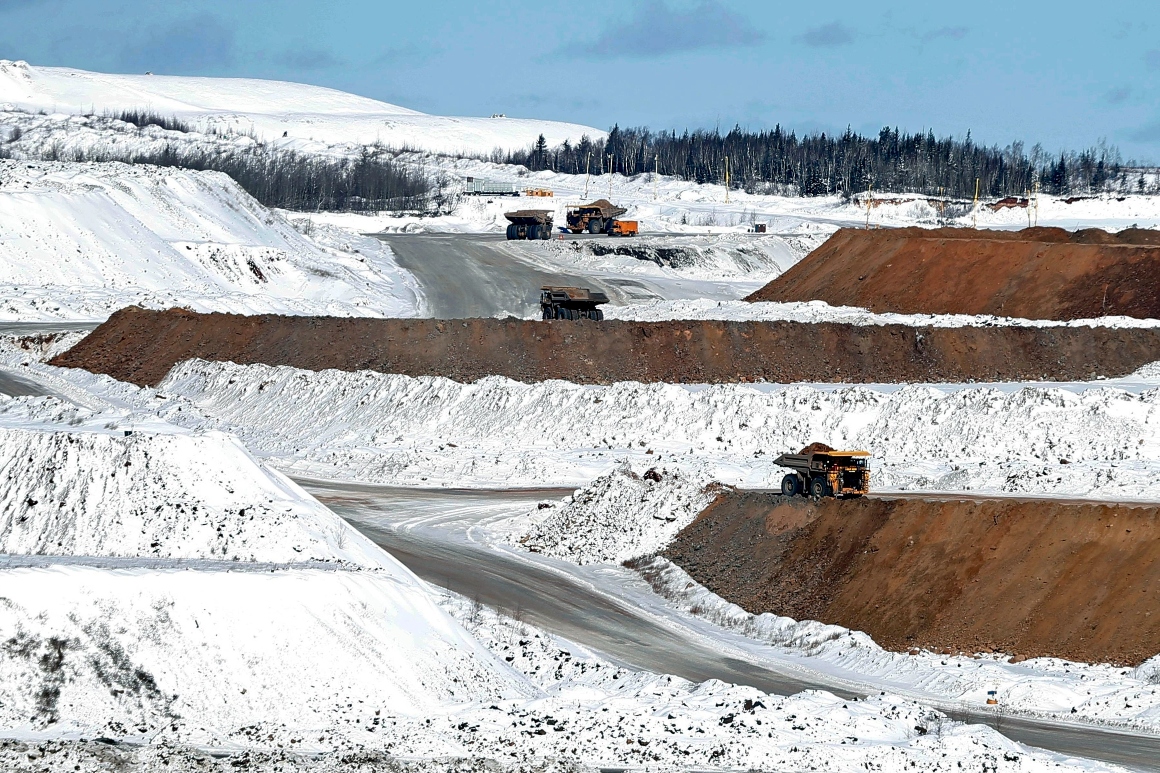 The U.S., Europe, Canada and others are starting to reach for China’s playbook, seeking to boost domestic mining and processing — and collaborating with trusted allies, according to interviews for the latest episode of POLITICO’s Global Translations podcast being released Wednesday.

After decades of relying on Middle Eastern imports of oil, the U.S. last year became a net exporter. But not since it endured an economy-crushing oil embargo by petroleum producers in the 1970s has America been so vulnerable to foreign suppliers of a critical energy commodity, said Sen. Lisa Murkowski (R-Alaska), chair of the Senate Committee on Energy and Natural Resources.

“It is a greater vulnerability, I believe, than we once had when it came to our need for oil and resources to power ourselves,” said Murkowski, who has been pushing legislation to boost domestic mining of minerals, metals and rare earths.

“At the same time that you’re telling me, ‘let’s move to renewables,’ don’t forget that we’re still dealing with an extractive industry,” she said. “We all want to move to batteries and storage, but you’d better appreciate that in order to be in that manufacturing area, you’ve got to have battery metals like lithium, like graphite, like cobalt.”

Policymakers in Europe, Canada and elsewhere are likewise scrambling to reduce their reliance on China. “If you want to process lithium, we have to ship it all over to China and then get it back. So it’s not good for the carbon footprint and not [good] for our strategic autonomy,” Maroš Šefčovič, vice president of the European Commission, told the podcast.

“First and foremost, we are exploring the possibilities [of] which of the raw materials we can actually extract and process here in Europe,” said Šefčovič, a commissioner from Slovakia who is a founder of the European Battery Alliance, a consortium of government, industry and finance leaders from EU countries.

As production of electric vehicles accelerates, the EU’s demand for lithium is projected to increase sixtyfold by 2050, and cobalt, fifteenfold, Šefčovič said.

To address that need, the European Investment Bank, a publicly owned institution whose shareholders are the EU member states, is financing both extraction and mining as well as projects to refine and process the lithium. The Battery Alliance has four mining projects in the pipeline in Portugal, Spain, France and in the Czech Republic. If the projects come to fruition, the European Union should be able to cover 80 percent of its own mineral needs by 2025, Šefčovic said.

Although the U.S. does not have a direct analog to the European development bank, the Pentagon is financing several projects to produce and process rare earth materials used to make armored vehicles, precision-guided weapons, batteries and night vision goggles.

Meanwhile, Murkowski is striving to make the U.S. more attractive to mining investors. She has introduced wide-ranging legislation, the American Mineral Security Act, co-sponsored by Democratic Sen. Joe Manchin of West Virginia, to bolster domestic mining and recycling of materials deemed critical to the U.S. economy and security. The bill would require the federal government to identify deposits, expedite permitting, streamline regulatory processes and invest in research and training of workers with expertise in mineral exploration, manufacturing and recycling. Senate Republicans had included the legislation in their coronavirus relief bill, but it did not pass.

A group of Senate Democrats, including Sens. Tom Udall and Martin Heinrich of New Mexico, joined by five others including then-Sen. Kamala Harris, last spring expressed opposition to such measures, arguing they could “lead to fast-tracking of potentially dangerous mines and further extending the mining industry’s toxic legacy for years to come.” Environmental groups have called for a greater emphasis on materials recycling over extraction.

President Donald Trump has signed several executive orders aimed at boosting domestic sources of minerals and rare earths, including one in September declaring a national emergency with respect to critical minerals. He also signed agreements with Canada and Australia to collaborate on financing and production of minerals.

“The supply chains that we have are at risk,” Canada’s ambassador to the United States Kirsten Hillman told the podcast. “We’re facing a situation where the production and the processing of a number of critical minerals is highly concentrated in just one or two countries. So our leaders came together and recognized that Canada-U.S. cooperation is going to be part of the solution to diversifying our supply chains.”

Last year, the government of Prime Minister Justin Trudeau adopted a Canadian Minerals and Metals Plan aimed at boosting domestic mining. The plan also called for reducing energy use and addressing environmental impacts, as well as increased participation by indigenous communities in the mining sector. Hillman also emphasized that the strategic nature of the materials requires cooperation among like-minded allies.

“We have to, of course, participate in global commerce and the efficiencies of global supply chains,” said Hillman. “But we also have to balance that with ensuring that the supply chains that we have are with partners that we can trust and that we can rely on when the going gets tough.”