Arauz and Lasso would go to the second round of the presidential elections in Ecuador, according to the ballot box 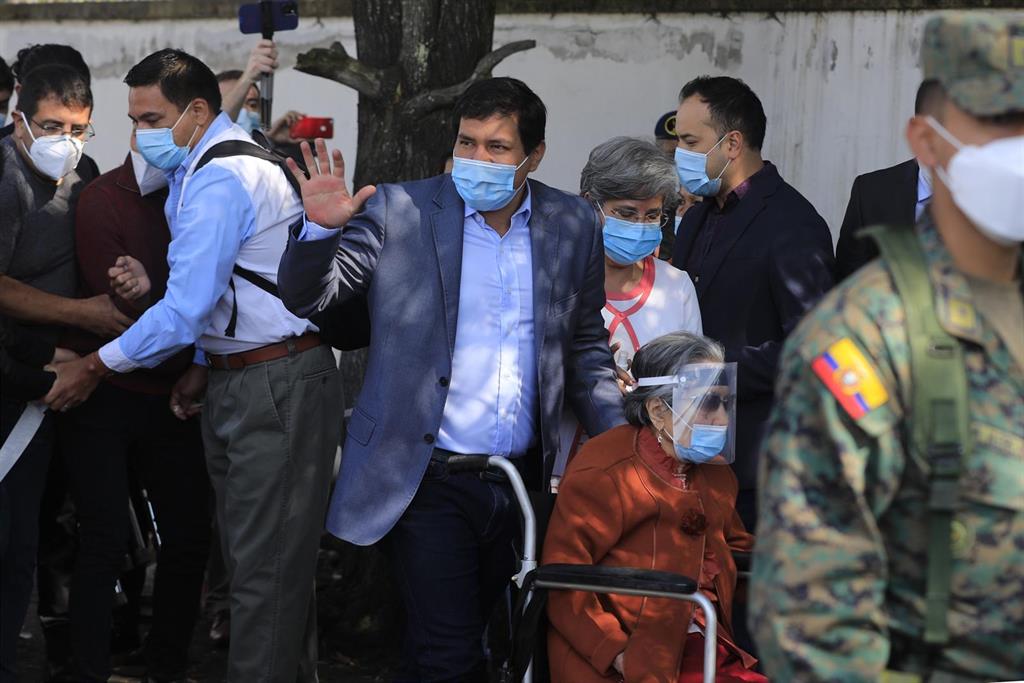 The leftist candidate Andrés Arauz and the conservative Guillermo Lasso have been the most voted in the presidential elections this Sunday in Ecuador, according to two exit polls, although they should face a second round.

Specifically, Arauz has won with 36.3 percent of the vote, while Lasso has achieved 21.7 percent of support, according to a study by the polling firm Clima Social for the television channel Televicentro. Indigenist Yaku Pérez would have achieved 16.7 percent. The study has a margin of error of +/- 1.5 percent.

On the other hand, the Cedatos study for Ecuavisa da Arauz had 34.94 percent support, compared to 20.99 percent for Lasso. Pérez would be at 17.99 percent.

The approximately thirteen million registered voters elect the country’s president with Andrés Arauz, protégé of former President Rafael Correa; the conservative Guillermo Lasso and the indigenous leader Yaku Pérez as favorites. In the event that no one wins more than 40 percent of the votes with an advantage of 10 percentage points, on April 11 the candidates will go to a second round.

In addition, the 137 deputies that make up the National Assembly are elected – six of whom represent the Ecuadorian community abroad – and the five representatives of Ecuador in the Andean Parliament.

After the exit polls were known, Arauz celebrated the victory through his Twitter account, where he assured “We won!”.

For Arauz it has been a “resounding triumph in all the regions of our beautiful country. Our victory is two to one against the banker (in reference to Lasso)”, however he added that “we will wait for the official results to go out and celebrate” .

Also former president Correa, who ran as vice president of Arauz although his candidacy was finally rejected, has celebrated the results of the exit polls, assuring that “the Citizen Revolution (the political formation created by him) has won overwhelmingly, despite a dirty campaign and 4 years of brutal persecution and infamies. Now, let’s wait for the official count. Hopefully it can be won in a single round, for the good of the country. “

The candidate for the Assembly on Lasso’s list, César Monge, has assured on the Teleamazonas television network that the data would show that a second round will be necessary, although Lasso himself has not yet commented on the matter.

For his part, Pérez has also used his Twitter account to explain that he is “awaiting official data”, after noting that he is in Quito to “ensure that the popular will is fulfilled, which we feel throughout the campaign when we toured our Ecuador “.