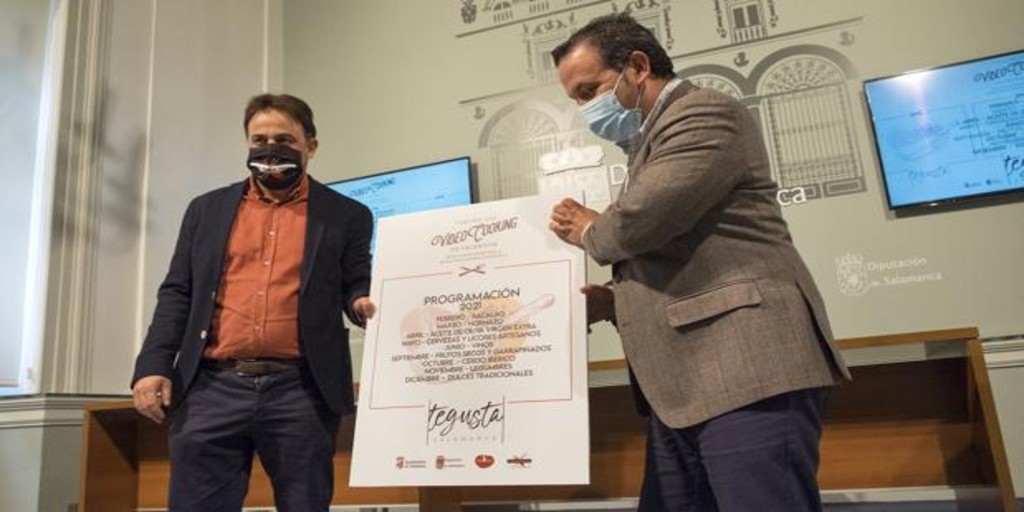 The Salamanca administrations, the Provincial Council and the City Council, launched this Monday the calendar of the third edition of “TeGusta Salamanca” in order to promote the promotion of native gastronomy. Each month of the year, according to the schedule, will be dedicated to a local product, starting this February with cod. All participating producers and restaurants belong to the ‘Salamanca on a tray’ stamps, owned by the province, or ‘Salamanca to eat it’, at the municipal level.

As recognized the deputy for Tourism, Javier García, during his appearance in the Sala de Comarcas de La Salina, the objective of this initiative is “to make known and promote the agri-food products of Salamanca and the good cuisine of restaurants in the province.” Likewise, “to promote the dissemination of its agri-food potential, making known its peculiarities, its extraordinary quality and the economic importance it has in the area.” All, with the intention of “redoubling efforts to encourage the consumption of local products and that the people of Salamanca are their best ambassadors.”

According to the deputy, cod will be the main product this month, after being left out of the previous programming due to the outbreak of the pandemic. On February 24, 25 and 26, the video cooking of the recipes made with this product will be broadcast. Specifically, cod tiradito with piparras and piquillo pepper emulsion, and roasted cod ingot Josper with ravioli from its pilpil.

In the month of March, the hornazo will be the protagonist and the extra virgin olive oil, in April. For the months of May and April, the recipes will be made with artisan beers and spirits and wines, respectively. After the summer, the dried and caramelised fruits will star in the month of September. And in October the Iberian product will be the star product. Legumes in November and traditional sweets in December will close the 2021 calendar.

In addition, García Hidalgo highlighted the “special role” that the hornazo will take during the month of March after the declaration as a Festival of Regional Tourist Interest of the popular Water Monday. In short, for the deputy for Tourism this initiative is “a good way to get to know more deeply the quality of our products and the quality of our restaurateurs”, with the double objective of “supporting our entrepreneurs who work with great enthusiasm.”