seven seizures and at least ten carcasses a day 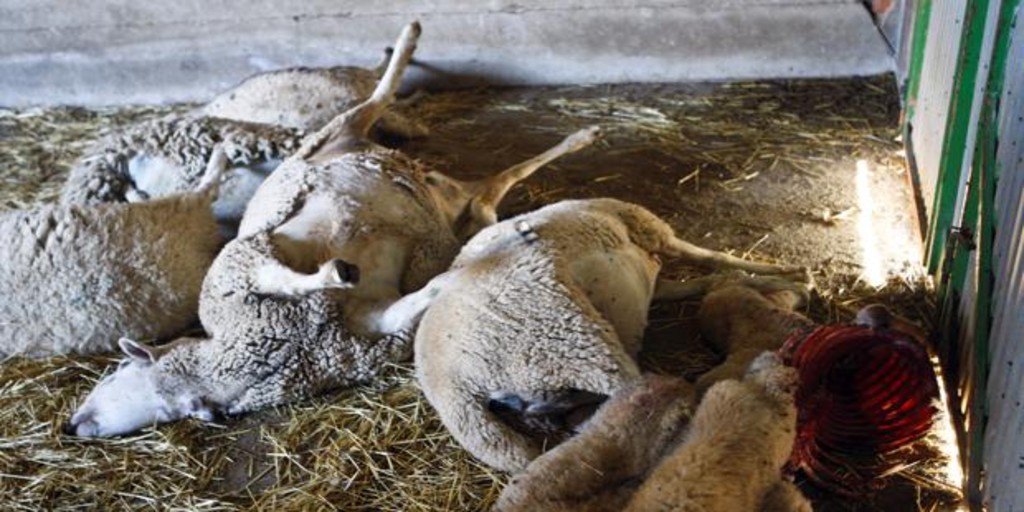 One cannot speak of support for extensive livestock farming and support for depopulated Spain by promoting measures like this one, which are a true cannon against the waterline of extensive livestock farming and with policies to prevent depopulation. The complaint of Asaja of the Cantabrian Coast and Castilla y León at the step taken to include the wolf in the List of Species in the Special Protection Regime and, therefore, that it ceases to be hunted also north of the Duero -where the European Habitat Directive it allows the hunting of the species with a quota system – it gives voice to the data and generalized complaints from the field to the always “difficult” coexistence between the canid and the livestock.

It is in the northwestern area of ​​Spain where canis lupus is practically unique in the Peninsula. Galicia, Asturias, Cantabria and Castilla y León, which are fighting to fight the judicial battle to consummate the ban, make up 95 percent of the specimens, and the Community is the one with the largest number of wolves added. 179 packs according to the latest census regional official -from 2012 and 2013, after an intense and meticulous fieldwork- and which represent 20 percent more than those recorded in the previous one -149 in 2000-2001- and 43% more than the 125 recorded in the 1987-1988 record. With increases both north and south of the Duero, the natural line that marks where the species is and does not hunt depending on the number of specimens. And the continuous collection of data since then by the Board shows that after that last closed figure “there has been a notable population increase in the territories located south of the Duero.”

A greater presence that has also been accompanied by an increase in conflict with extensive ranching, which also has the open field as its “home.” Even more south of the channel, where if a few years ago it was very difficult to follow the canid’s trail, the last census counted 27 herds (ten more than the previous one). Ávila stands out, where the population had “doubled” with respect to the 2012-2013 data, which already accounted for “a minimum of six herds” roaming this province, they point out from the Ministry of Development and Environment.

The trail that the wolf leaves in its wake is not only seen in detected tracks and excrement, the tracks that professionals follow and analyze, in addition to the vaistaciones. Also by the trail of blood in the livestock. The data not yet definitive of 2020 counts 2,578 attacks, with 3,658 dead cattle between the canid’s jaws. Most of it south of the Duero, which added 2,198 and 3,049 dead cattle. To the north, 380 attacks and 637 animals collected. And it is Ávila that suffers the most from the “difficult” coexistence. More than half of the attacks reported to the Ministry of Development and Environment are located in this province: 1,501, with 1,594 head of cattle victims of the Iberian wolf.

It is the other trace of the wolf in 2020 in Castilla y León: an average of seven attacks on livestock per day and at least ten carcasses each day – those that are not reported on the day are not counted in the statistics, farmers complain -. And the “bloodstain” has been spreading. Although in the last three years the figures have more or less stabilized around 2,600 “assaults” on fences in search of fresh meat, in 2015 they did not reach 1,500, according to data from the Ministry of Directorate Juan Carlos Suárez -Quñones. The proportion between damages in the south and north of the Duero was not as unbalanced years ago as it is now. If in the last exercise the territory in which the canid is not hunting monopolized 85% of the harmful incursions, five years ago it added 63 (930 of the 1,463 total). At that time, it perpetrated an average of four attacks on livestock per day and claimed seven victims. An increase in conflict that has also led to a notable increase in the amounts paid by the administration in compensation for the damage caused by the species. In 2019 – latest figures available – more than 1.23 million euros were paid and only for damages in the south of the Duero exceeded 1.17 million. In 2006, they barely exceeded 77,000 euros and in 2015, half a million.

The PSCL, with the farmers

Hunting, also according to European regulations, only north of the Duero, hunting is regulated by a quota system that is established every year. The last set -until 2022- is 113 for some specific preserves, although seizures are usually around 60 percent of those authorized.

After the threats of rupture with the PSCL of several agrarian organizations, yesterday the secretary of Organization of the formation, did not hesitate to express “all” her support for the cattle exploitation of Villalonso (Zamora), which suffered on Saturday an attack by wolves that killed 59 sheep. “The legislation cannot be made from the offices without taking into account the social reality that exists in the territory,” said the socialist on her Twitter account this Sunday, thus supporting the complaints of the winners. “This is what we live daily in some provinces, we have to reflect a little,” added Sánchez, referring to the decision taken by the advisory body and after criticism from the governments of Castilla y León, Galicia, Asturias and Cantabria. The attack by wolves in the town of Zamora killed at least 59 sheep and caused at least five abortions in a farm located north of the Duero and on which several families settled in the area depend, according to COAG-Zamora.