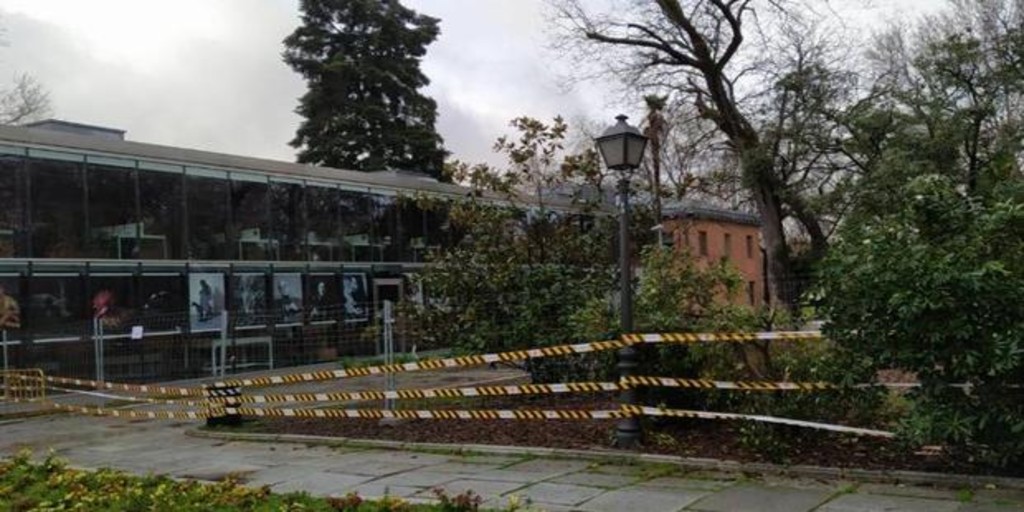 The cleaning and revision of the trees are progressing along with the opening of the already cleared areas. Madrid recovers, little by little, its lungs. Specifically, in El Retiro access to the Eugenio Trías library, located in the old Casa Fieras, inside the enclosure, has already been conditioned. «Today the Eugenio Trías library, located in the Retiro Park. The rest of the enclosure will remain closed to continue with the recovery works “, has announced the delegate of Culture, Tourism and Sports, Andrea Levy. For his part, the delegate for the Environment and Mobility, Borja Carabante, has authorized the opening of the Sáinz de Baranda door, which leads to the Eugenio Trías Library and the Reina Mercedes Library, which connects with the Florida Retiro hotel kiosk.

The municipal operators have cordoned off a safe itinerary through which users can enter this cultural endowment. The rest of the park, of 118 hectares, will continue to be closed to the public. However, as ABC has already reported, about 60 percent of its surface has already been conditioned and, although the Madrid City Council estimates that it will take months to review all the trees, it is studying partially opening the areas already examined and accessible, such as has been the case with this provision and access to the kiosk.

As for Casa de Campo, one of the areas most damaged by the storm FilomenaLast Thursday, the City Council opened several accesses: the Puerta del Rey towards the lake, the Embarcadero promenade and the Azul promenade up to the Las Moreras roundabout. The perimeter walkway of the Lake and the Lake walkway were also enabled, as well as access to the Glass Pavilion of the Fairgrounds from the Puerta del Ángel walkway along Calle de las Aves, access from Calle de las Aves to the metro Lake along the Cuesta del Arroz, the road and pedestrian circulation along the Camino de Campamento, between the Batán metro stations (Manuel Dorado roundabout) and Casa de Campo metro (San Manuel roundabout) and the Rodajos gate, which leads to the Restaurant of La Manzana.

From this Monday, the following are added to this list as passable areas: the Rodajos Road; the Carretera de la Viña and Paseo del Robledal; access to the parking lot and the main gate of the Amusement Park; the Carretera del Zarzón, from the roundabout of Batán to the Paseo de la Venta del Batán; the Madrid Zoo-Aquarium car park; the Paseo de la Venta del Batán; access to the Batán metro and Amusement Park; the wooded area between the road and the sidewalk on Camino de Campamento; the Huerta de La Partida; the Forest of La Faisanera; the El Molinero Forest; the Embarcadero del lago and terrace of the El Embarcadero restaurant; the wooded areas between the lake restaurants; the Camino de los Romeros, from the lake to the Camino del Príncipe; the Camino del Príncipe and Paseo del Moiseñor up to Paseo de Bananas; the Paseo de Plátanos; the Cable Car Road from the Casón roundabout to the Cable Car parking (except this one); the Main Street of Provinces; the Paseo de la Gastronomía and Calle Tomás Sanz and Ronda de las Provincias.