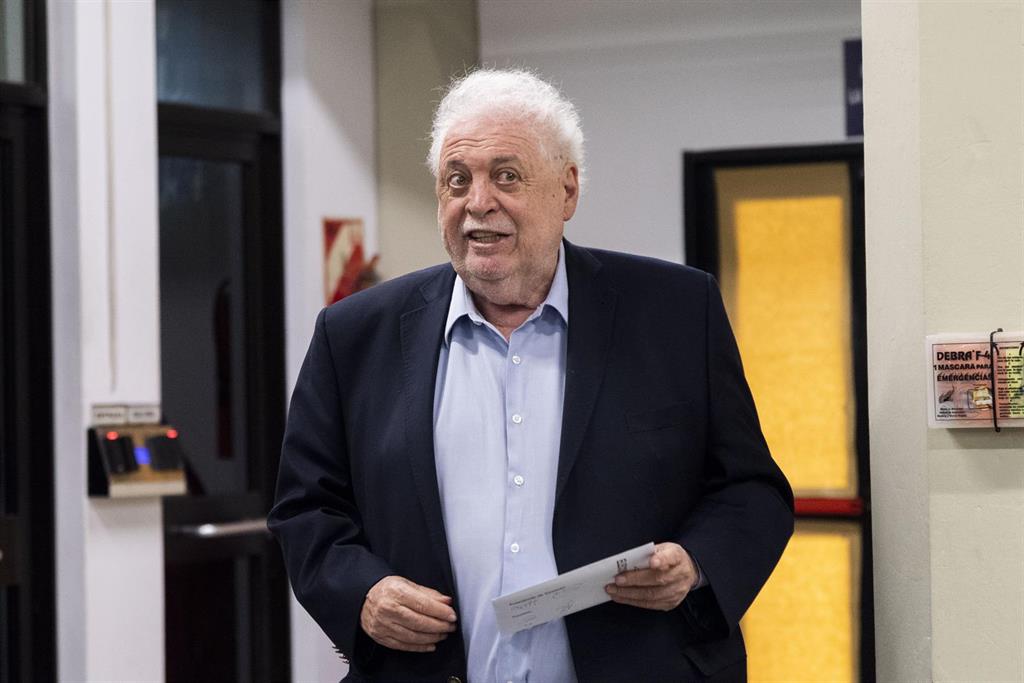 The Government of Argentina has published this Friday a list with the names of 70 people vaccinated from official efforts of the Ministry of Health, a publication that is made in the midst of the nepotism scandal in access to the immunizer against the coronavirus, known as’ Vaccination VIP ‘.

The list indicates those who received doses of the Russian Sputnik V vaccine at the Posadas Hospital and includes names such as former president Eduardo Duhale, his wife, Hilda Gonzáles, and their daughters; the Foreign Minister Felipe Solá; the Treasury Attorney Carlos Zannini; of Peronist leaders like Lorenzo Pepe; businessmen such as Florencio Aldrey, or legislators such as Eduardo Valdés and Jorge Taiana, among other figures from different ministries, trade unionists or journalists, report different Argentine media.

Likewise, the Argentine president, Alberto Fernández, heads this list together with the secretary general of the Presidency, Julio Vitobello, or the presidential spokesman, Juan Pablo Biondi, as well as the president’s private secretary, Nicolás Ritacco, who were vaccinated to “preserve the health “of Fernández, who received the immunizer officially in January, and thus generate” the presidential health bubble, “according to the Casa Rosada.

The Minister of Economy, Martín Guzmán, is also on the list since he received a dose at the Palacio de Hacienda along with collaborators such as the Argentine director before the Monetary Fund (IMF), Sergio Chodos; his chief of staff, Melina Mallamace; or his advisor Pablo Salinas, among others.

Names such as the Kirchner leader Jorge ‘el Topo’ Devoto or the journalist Gabriel Michi are also on this list, as reported by ‘La Nación’.

On the other hand, the document, whose dissemination has been requested by the new Minister of Health, Carla Vizzotti, as a measure against the scandal, does not include names such as Vice President Cristina Kirchner, or the Minister of Habitat, Jorge Ferraresi, who received the dose of the Russian immunizer from the consignments sent to the province of Buenos Aires.

Alfonso Massa, Fernando Galmarini and Marcela Durrieu, the father and in-laws of the president of the Chamber of Deputies, Sergio Massa, do not appear among those identified on the list. According to a registry of the Argentine Integrated Health Information System (SISA), all of them received the immunizer, an action that they have defended, stating that some of them were older than 70 years and “belong to risk groups” and that they requested an appointment at their hospital assigned.

THE ORIGIN OF THE SCANDAL

The former Minister of Health of Argentina Ginés González García resigned last Friday after Alberto Fernández requested his resignation after uncovering a scandal of nepotism in access to vaccines against the coronavirus.

The scandal came to light after the Argentine journalist Horacio Verbitsky assured during a conversation with the radio station El Uncover that he had accessed the coronavirus vaccine as a priority thanks to the management of his “old friend” González García.

Verbitsky went further and added that when he was going to the hospital he received a direct message from González García. “He told me that a team of vaccinators from Posadas was going to go to the Ministry and go there to give me the vaccine,” according to the journalist.

The Argentine journalist has admitted his “regret” and acknowledges that getting vaccinated in a privileged way “was a serious mistake for which I regret and I apologize,” he has published on his personal blog ‘The rocket to the moon’, reports the newspaper ‘Clarín’ .