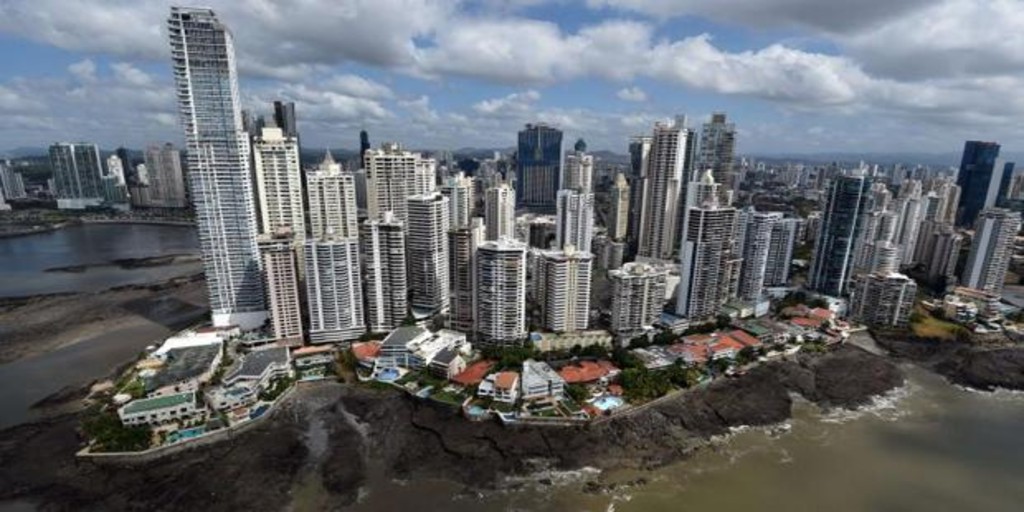 The finance ministers of the member states, represented in the Council of the EU, updated yesterday the one known as black list of tax havens, composed of 12 countries: American Samoa, Anguilla, Dominica, Fiji, Guam, Palau, Panama, Samoa, Seychelles, Trinidad and Tobago, US Virgin Islands and Vanuatu.

However, the elephant in the room remains unfair tax competition from various EU member states. In a resolution of last January 21, the european parliament (PE) called on European finance ministers to push for a comprehensive reform of the list – adopted for the first time in 2017 – to examine and potentially include member states that behave as tax havens. The MEPs propose changes to give the list of non-cooperative countries and territories in tax matters (their official name) with greater transparency, coherence and impartiality. The Special Commission on Financial Crimes and Tax Evasion and Avoidance (TAX3) indicated in 2019 to seven EU countries show “features of a tax haven and facilitate aggressive tax planning”: Belgium, Cyprus, Hungary, Ireland, Luxembourg, Malta and the Netherlands.

A recent study by the Tax Justice Network (a network made up of NGOs, academics, trade unions …) has revealed that while the countries on the EU black list are responsible for less than 2 percent of global tax losses, the EU member states represent the 36 percent of tax losses global, which translates to 154,000 million dollars annually. Furthermore, the list – which is renewed twice a year – does not include any of the 20 worst corporate tax havens in the world.

“The current list is confusing and ineffective. Despite potentially being a powerful tool to stimulate reforms outside the EU, in practice it falls short of its potential, ‘he says. Paul Tang, Chairman of the EP’s Tax Affairs Subcommittee, to Europe Today. When creating the list, the EU countries “forgot one thing: real tax havens. Collecting only 2% of the total tax avoidance, it means that many tax havens, in the EU and outside the EU, are left free ”, adds the Dutch MEP, who also believes that the Council’s choice to grant an extension to potential members from the list as Turkey and Australia is due to “political reasons.”

Ankara, which had until December 31, 2020 to show “tangible progress” in the automatic exchange of tax information with EU member states, will remain on the so-called ‘gray’ list (Annex II) and will count until the next 30 June to meet this requirement. In its statement, the Council regrets that Turkey has not provided any evidence that an effective exchange of data has taken place with six of the 27 member states. On the other hand, the Council has decided to remove Morocco from the ‘gray list’ of non-cooperative third countries. The decision recognizes Morocco’s efforts to comply with international standards for tax governance.

Chasing tax havens has become even more urgent in the era of the coronavirus. To cope with national recovery plans and their consequent reforms, European governments need resources with which to finance the recovery and minimize the leakage of significant tax revenue both to countries outside the EU and to other member states. According to a 2020 survey conducted by the international initiative ‘More in Common’ in seven countries (UK, France, Germany, Italy, the Netherlands, Poland and the US), between 84% and 95% of citizens They were in favor of conditioning public bailouts for companies on not using tax havens and paying the corresponding taxes in their country of origin.

MEPs also insist on the case of Cayman Islands, outside the black list despite applying a tax rate on corporate tax of 0%. “While Barbados causes 4 billion in tax losses, Dominica causes a total of zero,” the NGO tweeted yesterday Oxfam International against the criticism of the EU finance ministers to suppress the former and include the latter. Chiara Putaturo, Oxfam’s tax advisor, highlights to Europe Today the three main shortcomings of the process: weakness and unfairness of the criteria by which real tax havens are penalized in some developing countries; lack of transparency both in the procedure and in the body that manages the list; and lack of coherence, as some EU member states act as tax havens.

Oxfam’s analysis finds that the EU list of tax havens continues to fail to effectively identify countries that use harmful tax practices by helping the wealthiest to evade their commitments. According to the NGO, in 2019, five EU member states (Cyprus, Ireland, Luxembourg, Malta and the Netherlands) had characteristics typical of tax havens: high levels of foreign direct investment, intellectual property payments, interest, dividends. With just over 613,000 inhabitants, the Grand Duchy of Luxembourg has levels of Foreign Direct Investment between 67 and 100 times greater than its economic weight (GDP), according to recent research by the French evening Le Monde (OpenLux).

European microstates like Switzerland, San Marino and Andorra, which has been in the news these weeks due to the departure of influential Spanish youtubers to pay less, are highlighted in green by the Council considering that they cooperate with the Union and have implemented the necessary reforms.

“This is because the EU does not automatically include countries with zero percent or very low corporate tax rates, as it is not considered a criterion for identifying tax havens. In this way, countries such as Andorra (legal tax rate of 10% and effective tax rate of 8.9%) remain free to engage in aggressive tax competition and are responsible for a race to the bottom in corporate tax ”, he values the Oxfam analyst.

In essence, the European Union registers the largest losses worldwide as a result of the transfer of profits to tax havens, and it is estimated that each year it loses around 20% of its income from corporate tax. The chairman of the EP Subcommittee for Fiscal Affairs comes from one of the usual suspects, Netherlands. Tax Justice Network estimates that the European economies hardest hit by the pandemic, such as France, Spain and Italy, lose 10 billion in tax revenue annually due to corporate tax evasion facilitated by the Netherlands.

Instead, Tang is optimistic about the effects of the pandemic crisis on public opinion about the importance of taxes: “People value more than to finance the necessary expenses made during the crisis, we have to contribute together and fairly . This can be done by fighting tax avoidance, but also by increasing the tax burden on those who have seen their tax bill decrease the most in recent years, so that everyone contributes to our recovery. In the Netherlands, most political parties, from left to right, now advocate this. ‘