The Valencian Community, the most lethal region in the third wave of the coronavirus 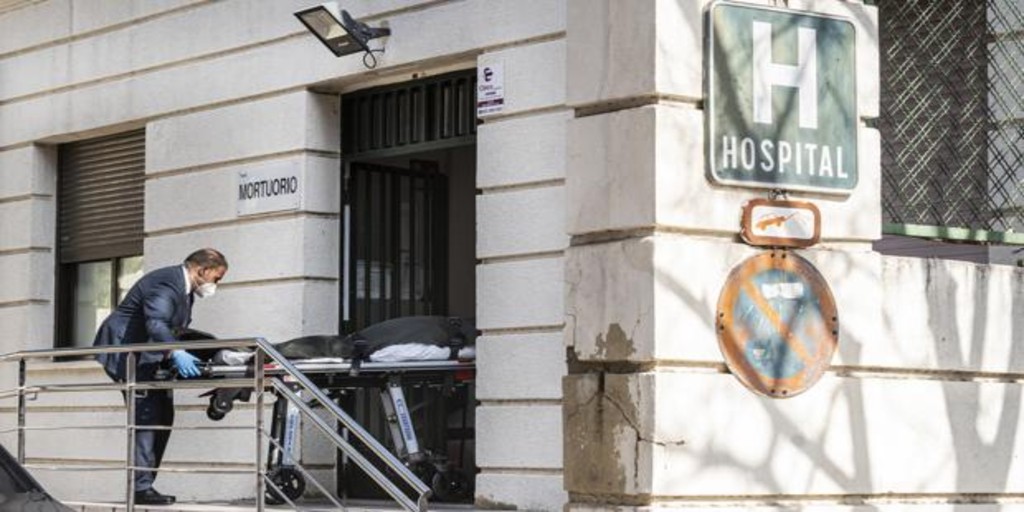 One in five deaths from coronavirus in Spain during the third wave of the pandemic they have occurred in the Valencian Community. In fact, more people have already died in the last two months –3,644–, than in the sum of the previous nine and, despite the drastic drop in transmission and the incidence of restrictions, the meter continues without stopping, with Andalusia as the only autonomy with similar records.

The region accumulates twenty-five days bordering or even exceeding the a hundred deaths per day since the year began. A scenario that has put funeral homes on the ropes, especially in the provinces of Valencia and Alicante, which have distributed almost equally the number of deaths, while the mortality figures in Castellón –with a smaller population– have been lower.

The health crisis has already left 6,437 deaths in this territory, mostly men over 50 years of age. However, the excess deaths recorded by the Daily Mortality Monitoring System (MoMo) during this third wave rises to 40.6% and adds a thousand more deaths to the figures offered by the Generalitat.

But, why has the pandemic hit the Valencian Community this time? The experts explain that the good temperatures that the region enjoyed in September and October made the social gatherings move to closed spaces – worse ventilated and with a greater risk of spread – later than in the rest of the autonomy.

Until that moment, autonomy had managed to tiptoe through the second wave, so the number of immunized Valencians was still very low: it did not reach one percent.

“The virus meets more people who have not had the disease and hence these spectacular figures. In any case, if at the end of the pandemic a global analysis is carried out, we will see that, adding all the waves, the number of affected will end up being very similar within a homogeneous health system, ”Sergi Maicas, professor of Microbiology at the University of Valencia.

The scenario that the Valencian Community has had to experience has been repeated throughout Europe, according to Maicas. “Territories in which the virus had passed by during the first wave, has hit very hard over the months,” he says.

This shows that “until people are immunized we cannot launch the bells to the flight”, he comments in relation to the de-escalation of restrictions that the Generalitat plans to start next Monday. Valencians experienced the strictest Christmas in the country but that was not enough to contain a curve that had already reached a peak in community transmission after the December bridge and that returned to register a new maximum three days after Reyes. Each positive infected 1.39 people.

The consequences continue to be paid: an avalanche of hospitalizations and deaths that still puts the Valencian health system in check with 1,578 admitted patients, 368 in critical condition. But it cannot be said for this that the Valencians were more irresponsible. “We have seen that systems are permeable. If you close everything and others do not, there will always be someone who escapes control. The virus knows no borders. Joint solutions should be applied, even at the European level ”, the expert in microbiology concludes.

The Alcoy area is once again the most punished

The health department that serves the Alicante town of Alcoy and other municipalities in the same region has been located again, with 284 deaths per hundred thousand inhabitants, as the area with the most mobility in the Valencian Community since the pandemic began. Almost ten percent of the population that it brings together has been infected since March.

It already happened during the first wave, when the coronavirus outbreak in a senior center killed half of its 140 residents. In the past two months, 219 people have died in a department that has doubled its death rate since December 23. So far, epidemiologists have not been able to provide a reasonable explanation for this.