“Now, any result in the Madrid derby is good for us” 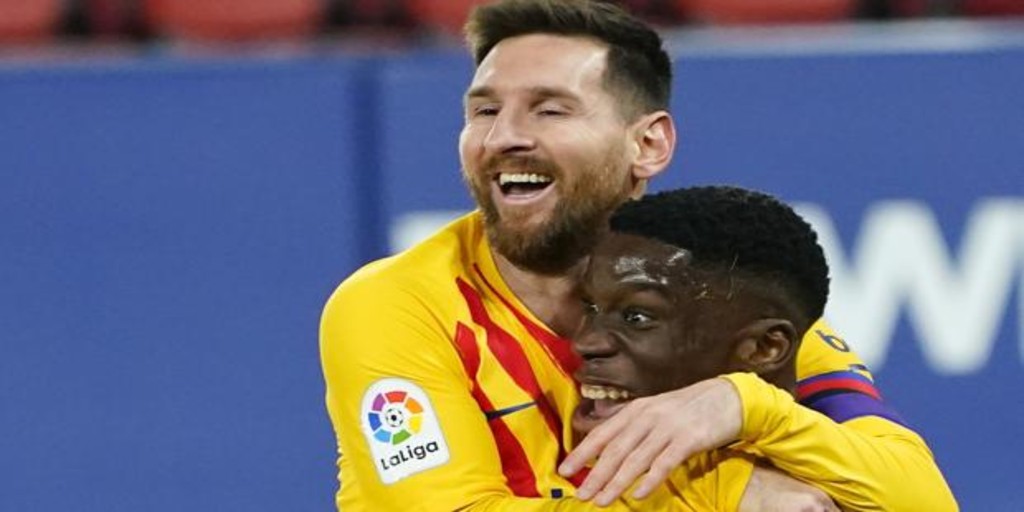 Satisfaction in Barcelona after a victory that allows them to start dreaming about the League taking into account that Atlético de Madrid and Real Madrid They play this Sunday, which will allow the Barça team to cut points with one or both opponents in the standings. The first to assess the triumph and the three points obtained in El Sadar was Ilaix Moriba, author of the second goal, who made his debut as a scorer in the first team. “I’m very happy, I still don’t believe it, I need more time to assimilate it all. I always dream of scoring and giving my best to the team. I started playing because I liked the goal, otherwise I would have played as a goalkeeper. My feeling is that I had already played some games and it was hard for me to get there. Leo gave me a goal pass, I don’t even know how I cut and thank God I scored. This is never forgotten I will take this for myself to the grave», The youth squad began explaining, adding:« The good thing is that in training you can already see that there is competitiveness, it is not about being young but you have to learn from the elders. They give us advice, it looks easy but it is not ».

Ilaix wanted to convey a message of optimism and hope to the culé fans, since these three points allow them to sleep two points behind Atlético de Madrid, which tomorrow has to play a difficult game against Real Madrid. «We have never thought that the League was finished. It is difficult but we will fight it to the end. It is the DNA that we have been taught since we were little. Just like we will try on Wednesday against PSG ». The midfielder, who came in replacing Pedri, is looking forward to Sunday’s game in the Madrid derby: “You have to put yourself in the situation in which the League is. I hope they both lose points but if not, the one that is higher is Atlético de Madrid ».

I was also happy Ronald Koeman, although he recognized that the team’s game had not been as colorful as he would have liked. «Today was a difficult game and we were missing something in terms of football. We have worked and we have put a lot of energy, possibly due to fatigue from the game against Sevilla. But they were two beautiful goals, “he began by explaining. The Dutchman has praised Ilaix, who has responded to the confidence he is giving him: “Everyone has the right to make a ruling in a match and for young people it is even good for them to learn. Ilaix is ​​gaining ground and whenever he enters the field he contributes something else ». The coach added: “The streak is important because we left points in games in which we could not lose them but the team has had a very good reaction and I hope we continue on this path.” Koeman now awaits tomorrow’s derby. «We still know that we have to recover some points and we’ll see what happens in tomorrow’s game. The important thing was to win our game and we have done it. Now let’s see what happens tomorrow. We are interested in what happens. Any result is good for us.

Óscar Mingueza, who was part of the titular defense together with Lenglet and Umtiti, also offered his impressions. «The team has a very good run. They are giving me minutes, I try to take advantage of them, the team is in a good dynamic and we have to continue like this », he started. «We knew it was a final. From now on, all the remaining matches are final but with the match we played against Sevilla, we had to win today to get a victory that would bring us closer to the leader ».