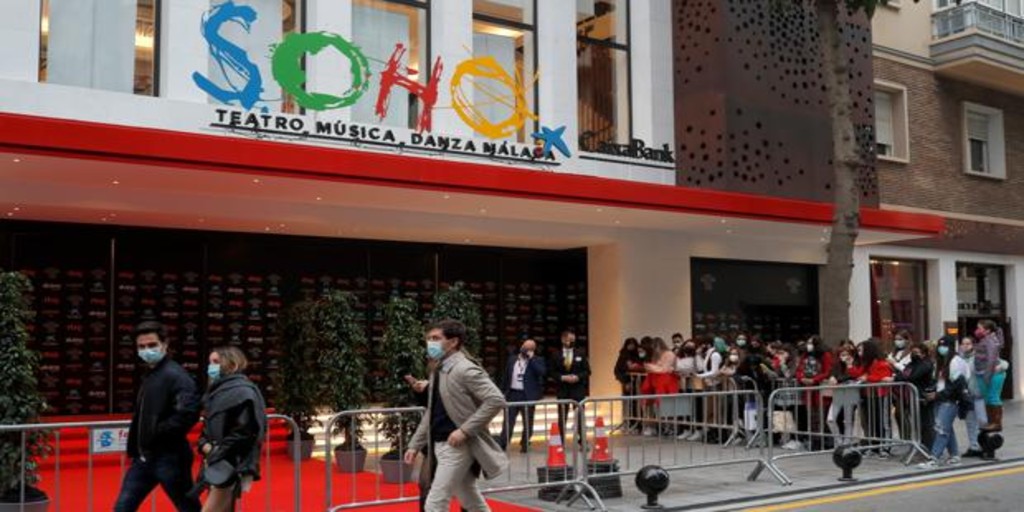 The Goya of the pandemic could not be celebrated in any other way than with a mammoth Zoom: 166 ‘windows’, as many as nominated in the 28 categories, will be open directly from the contestants’ living room to the Soho theater in Malaga, where Antonio Banderas and María Casado will present the Spanish cinema gala.

It will be, in the absence of seeing how they will solve the technological challenge, a ‘hybrid’ gala with the winners at home and those who deliver the prizes from the stage. “It will necessarily be different and extremely responsible”, in the words of Antonio Banderas, and to fulfill the promise, the Malaga has convinced some Hollywood colleagues to look out the Goya window. Robert de Niro, Al Pacino, Dustin Hoffman, Helen Mirren, Charlize Theron, Isabelle Huppert, Monica Bellucci, Salma Hayek, Sylvester Stallone, Emma Thompson, Benicio del Toro, Ricardo Darín and Laura Dern, among others, will greet the gala audience and launch messages of support for the cinematography from locations around the world.

The Film Academy assures that the 35th edition of the Goya 2021 “will value all members of the film industry, especially those who are not in front of the cameras but are essential to create films.” It will also be an emotional gala, in which the Malaga Symphony, together with maestro Arturo Díez Boscovich, will put the musical note on a ceremony in which soundtracks from Ennio Morricone.

More lively will be the musical performances: Nathy Peluso, Vanesa Martín and Aitana will set the pace, and the humor will be provided by Carlos Latre, who will also participate in the tribute to Luis García Berlanga characterized by Pepe Isbert.

Great of the cinema to deliver the prizes

With 13 nominations, Adú is the film with the most options, followed by The Girls and Akelarre, who aspire to 9 Goyas each, one more than Rosa’s Wedding. The five productions competing for the award for best film are Adú, by Salvador Calvo; Ane, by David Pérez Sañudo, with 5 nominations; Rosa’s wedding, by Iciar Bollaín; The girls, by Pilar Palomero; and Sentimental, by Cesc Gay, with 5 prize possibilities.

La 1 de TVE will broadcast live, starting at 10 pm, the ceremony that seeks to be “the event in which the flame of recovery was lit”, in the words of Antonio Banderas. The Malaga actor and the journalist María Casado make their debut as directors, presenters and scriptwriters of this film event produced by the Film Academy in collaboration with Teatro Soho Televisión, which is executive produced by Ana Amigo, Yousaf Bokhari, Sol Carnicero and Rafael Portela, and the realization of Jordi Vives.

Order of delivery of the prizes of the 35th edition