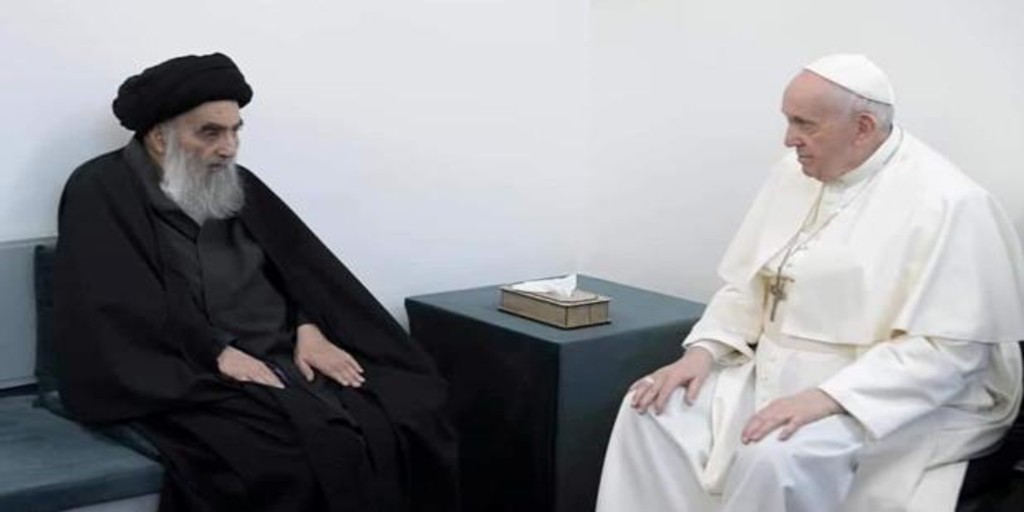 If you want to be up to date with all last informative hours of today, ABC makes available to readers a summary with the best headlines of the Saturday, March 6 that you should not miss, like these:

A 45-minute conversation in an austere room of a modest house half-hidden in a back street in Najaf has allowed Pope Francis and the Grand Ayatollah Ali Al Sistani seal this Saturday an unprecedented pact of friendship between Christians and Shiites that translates into instant protection for the Christian minority in Iraq and other Middle Eastern countries.

A de-escalation of restrictions “Gradual, slow and prudent” in the face of fear of a fourth wave of coronavirus caused by new strains such as the British, the South African or the Californian.

An off-duty worker slaughtered a colleague this Saturday at the Prince of Asturias Hospital, in Alcalá de Henares. The Police are now investigating the relationship between both, with the possibility that there was a previous confrontation as the main hypothesis of the murder. The alleged assailant is detained at the Complutense city police station.

They had been following his steps for almost a year in Spain and another in Holland, who were looking for him for killing a supposed rival in a parking lot in Amsterdam. The Civil Guard and the Dutch police have arrested him in Valencia along with another Dutchman of Turkish origin linked to the Gray Wolves, the Turkish far-right organization that attacked Pope John Paul II in 1981. The Erxinio operation has also allowed to intervene 11 kilos of pink cocaine, the very expensive drug that some call high society, 300 kilos of MDMA and 350,000 euros in banknotes.

Coronavirus Valencia live: the Generalitat will relax restrictions from March 15

Alberto Caparrós: ​​Easter without Madrilenians on the beaches of Valencia

The Generalitat Valenciana has failed its plan for teachers and families to decide of their own free will to declare the days of Faults that the school calendar marks as holidays.