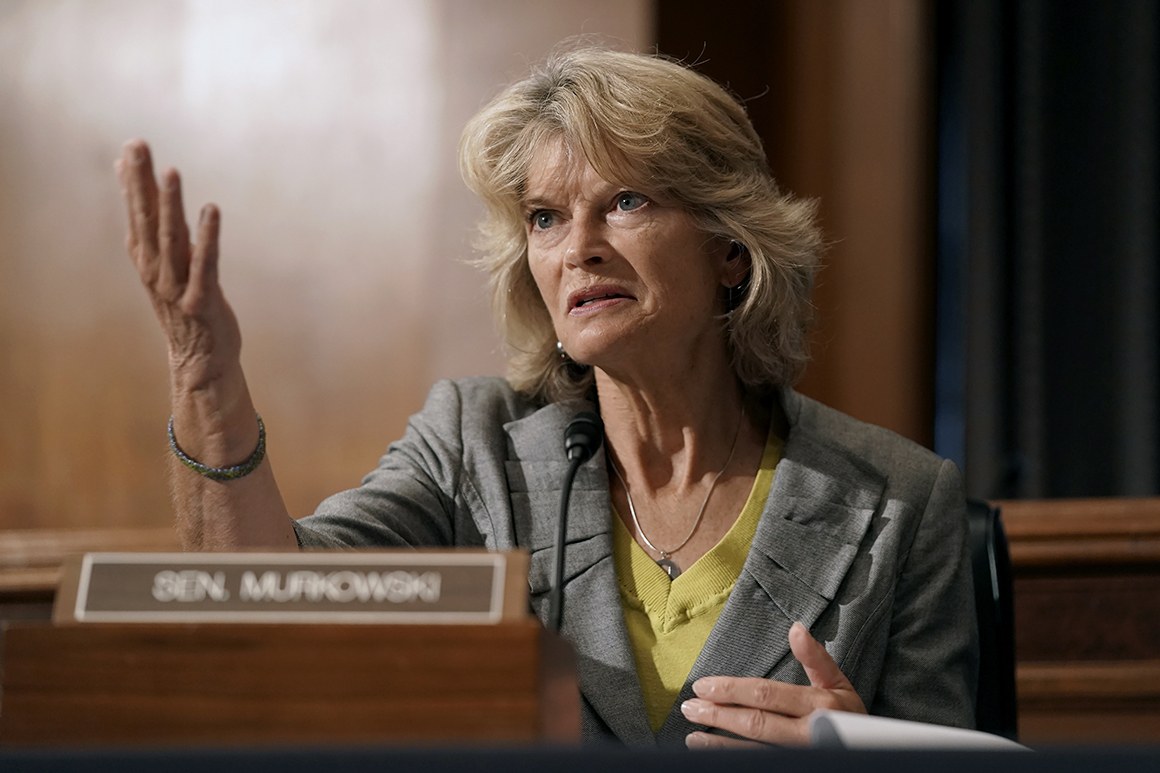 A Murkowski spokesperson did not respond to a request for comment.

Trump’s statement comes just days after Murkowski advanced the nomination of Rep. Deb Haaland (D-N.M.) to serve as interior secretary, which Trump called “yet another example of Murkowski not standing up for Alaska.”

Murkowski was the only Republican on the Senate Energy and Natural Resources Committee to approve the nomination. The 63-year-old senator said she “struggled” with whether to back Haaland, saying she had to reconcile the Democrat’s past opposition to oil drilling with her heritage as a Native American, a well-represented population in Murkowski’s home state.

Questions about how involved the former president will be in primaries next year has gripped the GOP since he left office. Republicans are within striking distance of reclaiming control of both the House and Senate in next year’s midterms, but some in the party fear that Trump could make their path more difficult by endorsing more extreme candidates against proven, moderate vote-winners in swing states or congressional districts.

Trump’s political team has commissioned polling on the Alaska senator, further evidence of its interest in unseating her. The survey, which was conducted Jan. 30-Feb 1, before Murkowski voted to convict the former president, found Murkowski with a 43 percent favorable rating in Alaska, short of Trump’s 52 percent figure. The survey was conducted by McLaughlin and Associates, a firm that worked on Trump’s 2016 and 2020 campaigns. It was paid for by Save America, Trump’s leadership political action committee.

The president’s advisers commissioned a similar poll on Rep. Liz Cheney (R-Wyo.), another Republican impeachment backer who Trump is expected to target in 2022.

Trump, who received 53 percent of the vote in Alaska in the 2020 election, has long been fixated on Murkowski. The former president called her out during his speech before the Conservative Political Action Conference last weekend, along with the other Republicans who backed his impeachment, and assailed her last year after she said she was “struggling” with whether to back Trump’s reelection bid.

The two also tangled over the Supreme Court, with Murkowski saying she opposed Trump naming a replacement of the late Ruth Bader Ginsberg just before the election. The senator also voted against the confirmation of Brett Kavanaugh.

But Trump’s Saturday statement — along with the polling from his leadership PAC — represents a new escalation in his battle against Murkowski. It also stands in stark contrast to his support for other Republican senators up for reelection in 2022. In recent days, Trump has given his endorsements to several incumbents in generally safe seats, including Sens. Mike Crapo (Idaho), Tim Scott (S.C.), Todd Young (Ind.) and John Kennedy (La.).

Unseating Murkowski won’t be easy, however. Under Alaska’s new ranked-choice voting system, candidates of all parties will compete in an open primary, with the top four finishers advancing to the general election. That means Murkowski won’t face the pressure of a Republican nomination battle, such as the one she had in 2010. That year, Murkowski lost the GOP primary to a right-wing activist, Joe Miller, but then waged a successful write-in campaign to win reelection.

But Murkowski has acknowledged that her “guilty” vote on impeachment could cost her, saying that month: “I know that my actions, my vote may have political consequences. And I understand that. I absolutely understand that. But I can’t be afraid of that.”