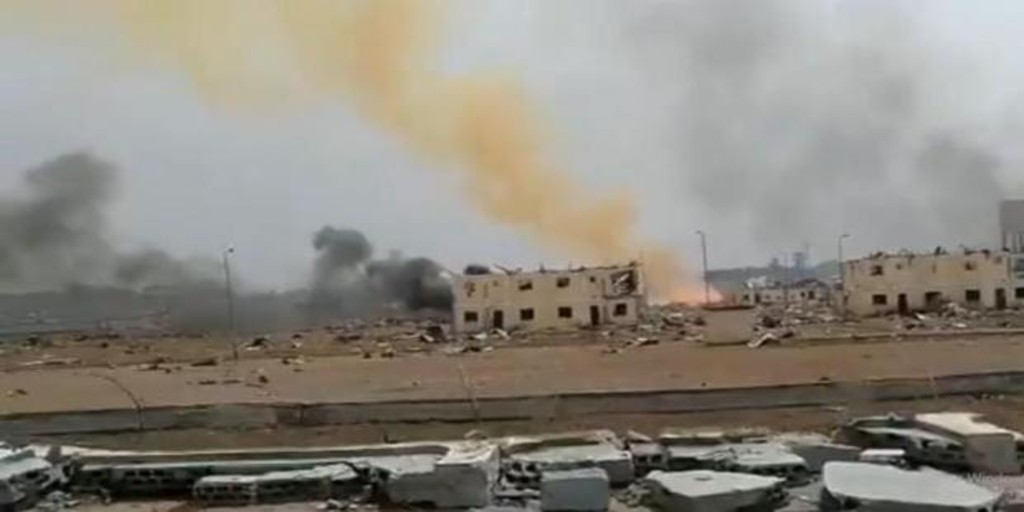 At least 17 people have died and 420 have been injured in the chain of up to five explosions occurred this Sunday at the Mondong Nkuantoma barracks, in the city of Bata, the most important on the mainland of Equatorial Guinea, as reported by the Ministry of Health of the African country.

Specifically, 200 injuries have been reported at the Nuevo Inseso Hospital, 150 more at the Bata General Hospital and 70 at the La Paz Hospital, as published by the Ministry on its Twitter profile.

Previously, the Ministry had asked the population for urgent blood donations to supply the hospitals that care for the wounded. He also summoned the volunteer health personnel who want to help to appear at the Bata Regional Hospital. On the Equatorial Guinean public television (RTGE) they have also asked for blood donation in Malabo, in the insular part of the country.

The first explosion, the most powerful, took place around 1:00 p.m. this afternoon (the same time in mainland Spain), as reported by TVGE, which has broadcast images of injured people fleeing the place of the explosions and buildings. totally destroyed by detonations.

The number of wounded from the explosions in Bata amounts to more than 400 people. Our health professionals continue to provide care at the scene of the tragedy and in health centers.
⚠️ ☎️ 112 has been enabled as an emergency telephone number. pic.twitter.com/EQZHcBUF1V

The La Paz Medical Center, located near the scene of the explosions, and also the Bata Regional Hospital would be at full capacity, while other centers such as the Nuevo Inseso Hospital are also receiving serious injuries. The minor injuries are being treated at the Bata Sports Center.

Firefighters are already working on the rubble to try rescue people who would have been trapped after the explosions and the population within a four-kilometer radius has been evicted, since deflagrations of lesser importance than the first ones continue to occur.

In the absence of official confirmation, the explosions could have occurred in the Nkoantoma barracks, in the homonymous neighborhood of Bata, the main continental city of Equatorial Guinea and the most populated in the country. “A container turned into a tinderbox has been overheated by the burning of the weeds in the vicinity,” reported the radio station Radio Macuto.

The images collected by various media reveal a significant degree of destruction and panic among the population, starting with the appearance of a large column of gray smoke, caused by one of the detonations. The smoke could be seen practically from the entire city, according to the Real Equatorial Guinea portal.

“The buildings began to shake and from inside the houses you could feel how cabinets, chairs and other objects were moving,” reported this portal. Several houses have been totally destroyed and others have been badly damaged.

The incident has caused the interruption of telephone service for at least two hours, as confirmed by the technical director of the state telecommunications company GETESA, Inocencio Ndong Ndjeng Nchama, in statements to TVGE.

The vice president of Equatorial Guinea, responsible for National Defense and State Security, has already arrived at the place. Teodoro Nguema Obiang Mangue, known as ‘Teodorín’, son of the president Teodoro Obiang Nguema, to verify the magnitude of these explosions and the damage caused. The country’s prime minister, Francisco Pascual Obama Asue, has also traveled to the area.

At 7:00 p.m., the curfew imposed by the authorities to stop coronavirus infections came into force and lasts until 6:00 a.m.

Following with concern the situation in #Equatorial Guinea after the explosions in the city of #Bata@EmbEspMalabo@MAECgob
👇 https://t.co/DCTPhqB7Fn

The Minister of Foreign Affairs Spanish, Arancha González Laya, has published a message on Twitter: “Following with concern the situation in Equatorial Guinea after the explosions in the city of Bata.”