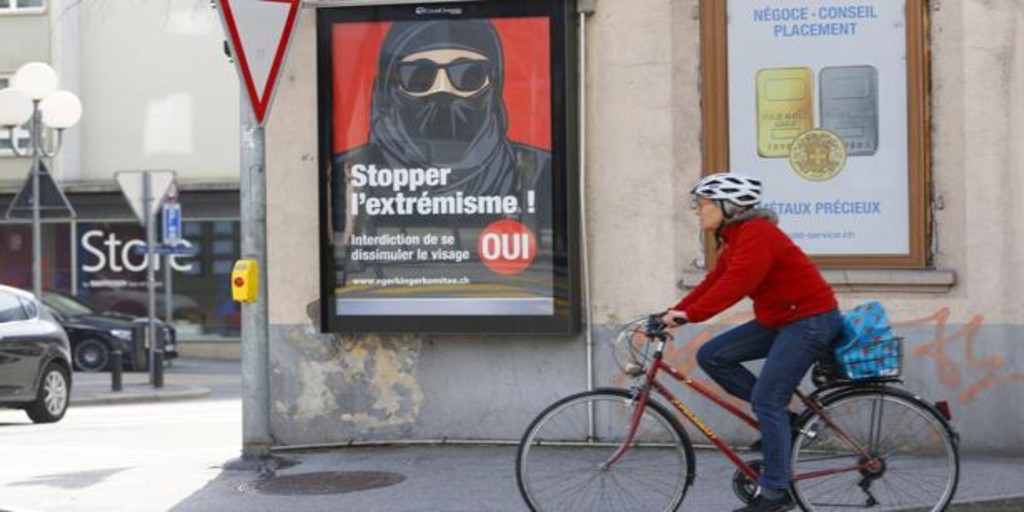 Switzerland votes today in a referendum on the proposal to ban the full Islamic veil (the one that covers not only the hair but almost the entire face), after a popular initiative launched by several parties of the extreme right that in its day achieved the 100,000 signatures required by law. Although support has waned in recent weeks, polls indicate that 58 percent of Swiss voters still support a ban on the full veil, in its niqab or burqa forms.

Promoters of the ban stress that it is necessary to fight radical Islam and to defend the dignity of women. His detractors insist, instead, that the initiative is Islamophobic and it uses a vain pretext, since only a few hundred Muslim women in Switzerland use the full veil. The Swiss government, for its part, is also against the ban for economic reasons: the full veil affects almost exclusively tourists from the rich Gulf countries, so its abolition would be a setback for the country’s income.

The debate around the veil, in particular the comprehensive one that also entails problems for the tasks of the Police, is not exclusive to Switzerland. Other countries such as France, Belgium, the Netherlands and Denmark, have legislated to ban it.

The use of the Islamic headscarf, which is spread among the girls and women of the millions of European Muslims to underline their identity, is a seemingly insignificant cause that hides a lot of dynamite. For radical Islamist activists, the Muslim women’s garment it is a religious symbol (like the Christian crucifix), which must be accepted in the West by virtue of freedom of belief.

Many scholars of Islam and not a few ulama disagree with the religious character of the veil. It is, for them, an old custom of the Arab populations, more typical of rural areas than of large cities, and not a requirement of the Koran.

Most Western governments also separate from the religious view of the veil. The regulations currently in force, and the avalanche of those that are fallow, are aimed at ensuring that the Muslim female garment do not pose an obstacle to the integration of Muslim girls and women in Western societies (all studies agree that the veil segregates girls in classrooms), and to enforce rules of identification of citizens in public places.

What does the Quran say?

The dispute among Muslims themselves over the obligation of the female veil is ancient. According to some, Muhammad established it for his women, disturbed to see how they flirted with men who came to see the prophet. The initial obligation for the wives of Muhammad would have been passed to that of the women of “the believers” if one literally follows the Verse 59 of the Surah of the Parties: «Prophet! Tell your wives, your daughters, the wives of the believers, to gird up their veils. That is the easiest way for them to be recognized and not disturbed.

Some scholars believe that the obligation was limited to the prophet’s wives and did not apply, already in Muhammad’s time, to the others. In fact the ‘musfirat’, the discovered women, were abundant then. What began as custom tended to become sacred over time, as with many other aspects of the Qur’an, where it is difficult to find the border between the sacred and the profane.