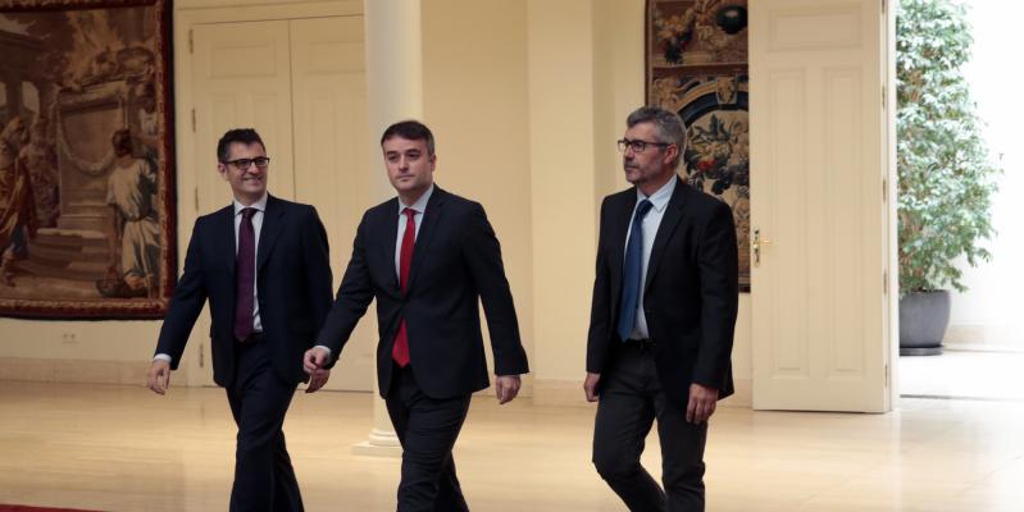 The political precariousness with which Pedro Sanchez He acceded to La Moncloa in June 2018, with 84 deputies and after years of adverse electoral results and polls that did not venture a promising future, he motivated a government structure tending to protect, enhance and publicize the presidential image as the main attribute of the Government. A lighthouse marks the path. Guide. But also outshines or dazzles.

All this happens in a government built from its origin to enhance the presidential image. In a democracy that is not presidential, the truth is that tradition has tended to enhance that character. Partly because of the iron match discipline that takes us away from examples such as Italian. Pedro Sánchez and his cabinet director, Ivan Redondo, have reinforced that presidential character.

La Moncloa is the center of political activity. It has been during the coronavirus crisis, and continues to be. This, at times, leaves part of the Government with a changed foot. In recent times there have been events that have revealed the tight control of the cabinet of the Presidency of the government. The president recently announced in Congress that a direct aid package for 11,000 million euros would soon be approved for the sectors most affected by the economic crisis.

In Economy and Industry they did not have the details. Sánchez makes the big announcement, grabs headlines and then it is his ministers who suffer in the media and in Parliament Due to the lack of details of plans that are often announced from La Moncloa before they are definitively closed.

Something similar happened with the pension controversy that cracked the coalition for weeks and significantly wore down Minister José Luis Escrivá. The idea of ​​increasing the period for calculating pensions from 25 to 35 years put Podemos on guard after it was proposed as one of the structural reforms to be applied in exchange for European funds.

The Government has maintained the spirit of the proposal, although it has eliminated the specificity of the years, after weeks of wear and tear for its minister. And there are those in the Government who point to La Moncloa as responsible for that first “draft” that caused Iglesias charged in Escrivá all their hostility. The second vice president, in conversation with La Moncloa, soon had guarantees that this reform would not be applied. At least for now.

And it is that the power of the Presidency of the Government in economic matters has increased in this second term. The role of Manuel de la Rocha, as Secretary General for Economic Affairs. He will lead the day-to-day management of European funds. He has also participated in the internal negotiations that the Socialists have with United We Can. And it is that in the control of the wickers of the coalition it is Iván Redondo’s team that reserves control.

Himself as an interlocutor with Juanma del Olmo, Director of Strategy and Communication in the Vice Presidency of Churches. And especially Felix Bolaños in many questions derived from the Government program in dialogue with Ione Belarra, Secretary of State in the Second Vice Presidency. Bolaños is the number two of La Moncloa and is the main interlocutor with the coalition partner, but he has also been with the PP recently and was with Ciudadanos.

The cabinet structure of the Presidency of the Government is pyramidal, abandoning counterweight models that existed in the past between the chief of staff, the Secretary of State for Communication and the Economic Office.

This does not mean that Iván Redondo and his team decide on all things. The paper of Carmen Calvo, Jose Luis Ábalos or the deputy secretary general of the PSOE, Adriana Lastra, as the leader’s trusted people is beyond question. In no case are they below Redondo in the power orbit around Sánchez. The same cannot be said of the rest of the ministers. With honorable exceptions for specific issues.