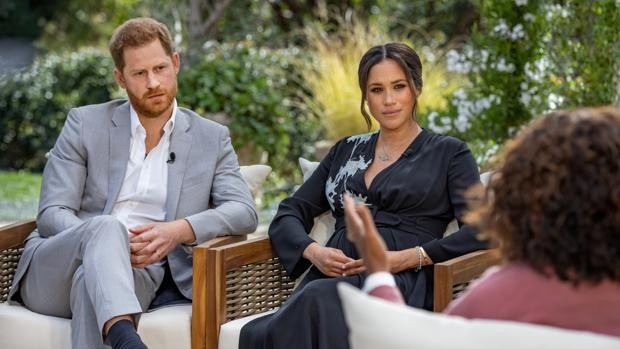 Racism, suicidal thoughts, jealousy, insecurity, Meghan Markle He recounted his experience and kept nothing in the inkwell until he painted a dark and sinister portrait of the Firm, the colloquial name by which the Monarchy is known in England. The reason for so much attack against Meghan, both explained, was motivated by the racism with which she was received in the British royal family. «Already when we were dating the race theme was constant and I knew they weren’t going to change, ”said Harry. His wife explained one of the most uncomfortable conversations he had with his family that he refused to tell about. “They were concerned about how dark his skin was going to be so they denied Archie the title of Prince, something they have not denied to any other family member and they also took away his security.”

Due to their claims, the royal family does not seem to accept colored blood in their lineage and before Archie’s birth, they made sure to withdraw the title of Princes from Harry’s children, an honor that corresponds to them for being descendants of an heir to the crown. . The storm is already looming over the British monarchy over Markle’s claims that the royal family was very concerned about the possibility that Archie had “dark” skin. “Throughout my pregnancy I insisted that my son be given security, but having no title, he had no right to security.

They were concerned about how dark his skin might be when he was born, ”said Markle to Oprah’s astonishment. Markle said she felt part of the family during her trip to Africa. “I would have liked to work for the Common Wealth countries where almost 70 percent of their citizens are of color.” His words gain strength if we take into account that yesterday Queen Elizabeth of England asked for unity in her annual speech to the countries that make up the Common Wealth.

Among the shocking revelations of her experience as a member of the royal family, Meghan admitted to asking for help within the Institution for her suicidal thoughts. “I felt like I didn’t want to live anymore,” she admitted crying. I was embarrassed to tell Harry, but I knew if I didn’t I would kill myself. He just didn’t want to live. It was real, it was scary, and it was a constant thought that I hadn’t had before. Unaided from anyone within the Institution of the Monarchy, where she was not an employee, Meghan was forced to keep her thoughts to herself. “You can’t just call an Uber to the palace,” she joked and thanked a friend of Harry’s mother for her help. «Only Diana’s close friends helped me, they understood what he suffered».

Meghan’s suicidal thoughts emerged at the height of public scrutiny against her, and the Duchess admitted those suicidal thoughts were very “methodical.” His emotional trauma prompted Harry to make the decision to quit his job as active members of the royal family.