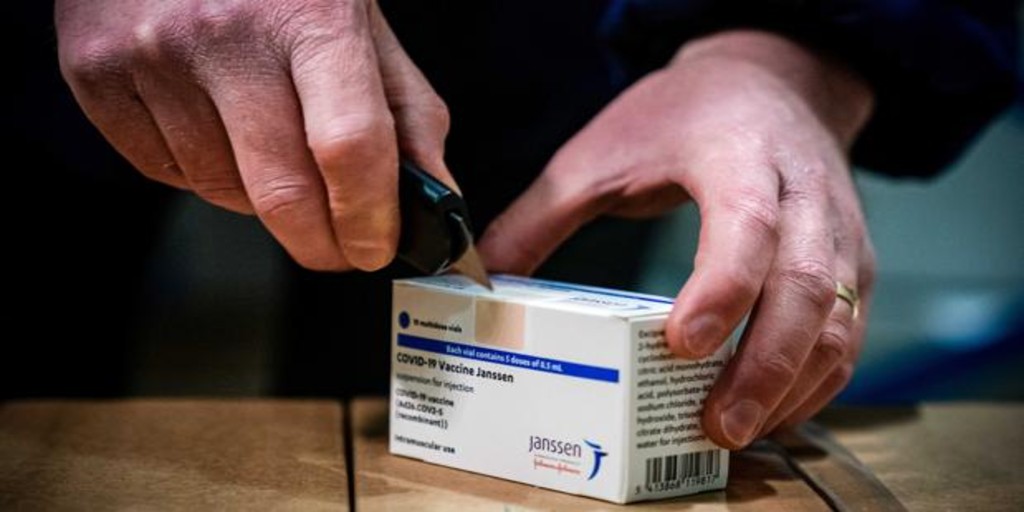 Last Tuesday night, April 20, the Minister of Health, Carolina Darias, received the first batch of coronavirus vaccines developed by the pharmaceutical company Janssen, belonging to the multinational Johnson & Johnson. In total they have arrived in Spain 146,000 vials of the new single-dose vaccine that could contribute to the acceleration of the immunization of the Spanish population.

According to the latest report from the Ministry of Health, dated April 20, in Spain there are a total of 3,452,119 vaccinated people with the full coronavirus guideline. That is, a 8.6% of the Spanish population it has already been immunized against SARS-CoV-2, a figure still very far from the government’s target (70% of the population before the end of the summer). However, the Janssen vaccine, which, unlike the other three being administered in Spain (Pzifer, Moderna and AstraZeneca), only requires one dose, could greatly accelerate the rate of vaccination.

The EMA ensures that the vaccine is safe

At the beginning of this month the vaccination against the coronavirus with the doses of Janssen was interrupted in the United States after the FDA recommended its temporary suspension after the detection of six cases of thrombi in women between 18 and 48 years old. Johnson & Johnson decided to delay its arrival in Europe, and the European Medicines Agency (EMA), which had endorsed the use of this vaccine in mid-March, began an investigation to find out the relationship between thrombi and the new coronavirus vaccine.

Finally the EMA has endorsed vaccination with Jassen, despite having recognized a possible link in the use of these doses with extremely rare cases of rare thrombi with a low number of platelets in the blood. As these thrombi are more likely to appear in women under 60 years of age, countries such as Spain they have chosen to offer these doses to older people. In the case of our country, those individuals who have between 70 and 79 years.

As the different regional presidents have announced, the distribution of the first batch of Janssen vaccines will be distributed throughout the national territory following population criteria. In this way, Andalusia will be the one that receives the most vaccine, more than 26,000, followed by Catalonia, with some 24,000 doses, and Madrid, with almost 21,000 doses.

However, the distribution is arriving unevenly in each of the regions. Thus, while some communities received the new doses this morning, others, as confirmed by the Xunta de Galicia, will not do so until this afternoon and the Valencian Community will not receive the Janssen vials until Thursday of this week.