Maduro stand at the Ibero-American Summit 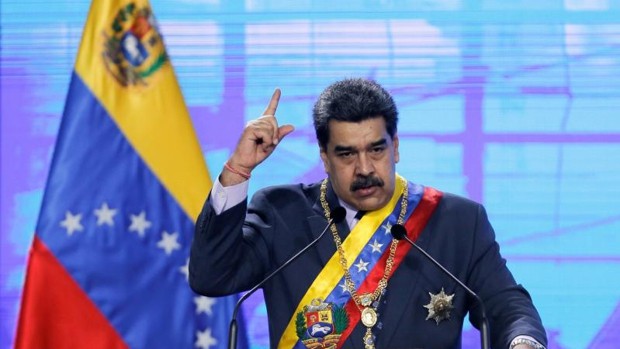 The participation of Nicolas Maduro on the XXVII Ibero-American Summit of Heads of State and Government which is being held today in Andorra was the great destabilizing and uncertain factor in a forum that wants to come out with the message of greater collaboration in the face of future health crises. But ultimately his intervention might not take place. Although sources from the organization avoid considering the issue as settled, they do transfer that Maduro will be replaced in principle by his vice president Delcy Rodríguez. From the organization they transfer that information, but they state that they cannot guarantee that there will not be last minute changes.

The summit wants to leave with the commitment to improve access channels to the Covid-19 vaccine for countries with less capacity. The gap in access to them was yesterday the central issue in the panels of the Business Meeting that serves as a prelude to this forum.

With different starting points, with some countries highlighting their collaboration with Russia and calling the Covax platform promoted by the WHO for the delivery of vaccines a “failure”. But the spirit that transcended was that of cooperation, that of improving the instruments of “effective multilateralism”, in the words of French President Emmanuel Macron, who participated in one of the panels yesterday. Pedro Sánchez reserves the detail of his promise to donate vaccines to Latin America for today.

And it is in this sense that there was a lot of concern about whether Maduro’s speech could overshadow that general spirit of rapprochement. His presence, together with the debut at a summit of a Cuban president in the figure of Díaz-Canel, were the great novelties of the summit. Well it is true that the blended component of the summit reduced the exceptionalities at least from the point of view of the image. The majority of leaders are participating in the summit electronically. Only the leaders of Andorra, Spain, Portugal, Guatemala and the Dominican Republic participate in person.

The Spanish delegation has preferred not to get involved in this issue to reinforce the idea that the organization of this summit and those attending it have nothing to do with any government decision. However, since the recognition of Juan Guaidó as president in charge of Venezuela, things have changed. The EU took a step aside after the expiration of the mandate of the Venezuelan Assembly born from the polls of 2015. And The Spanish Executive has been defending that in practice it is Maduro who runs the country, which is why they have decided to maintain the bilateral relationship. Something that was recently made visible with the visit of the Secretary of State for Foreign Affairs, Cristina Gallach, to Venezuela. A few days in which he held an official meeting with Vice President Delcy Rodríguez.

However, his Chavista government will be present in the figure of his number two. So his absence is not related to a change of position on the part of the organization. The Ibero-American General Secretariat explains that invitations always depend ultimately on the criteria of the host country, in this case Andorra. The decision to include Maduro in the interventions of the Heads of State and Government that will take place today had motivated the resignation of the president of Brazil, Jair Bolsonaro and the Mexican president, Andrés Manuel López Obrador.