“We find the salaries and bonuses of managers unacceptable” 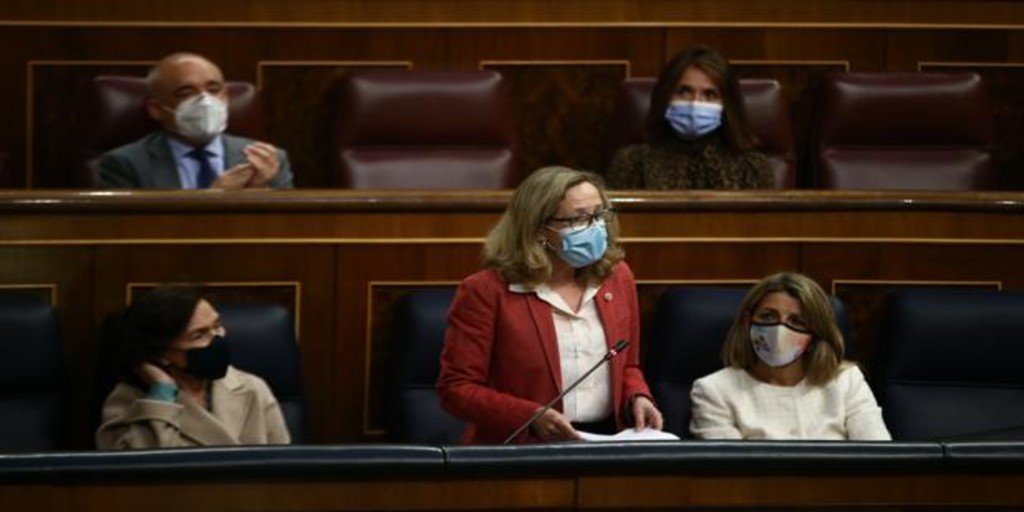 Nadia Calviño, Second Vice President and Minister of Affairs Economic, has started a difficult war to win with the bank at the cost of the salaries of its managers. «We have been pointing out that they seemed to us unacceptable the salaries and bonuses paid to the directors of financial institutions “, he assured the press in the Congress of Deputies. Some words that have ignited the union and that contrast with the reality of a sector that has reduced its salary since March 2020.

The Government’s economic manager, likewise, spoke in these terms regarding the banking sector: «They are remunerations that do not correspond to the economic situation of our country, and even less in those entities that are announcing heavy cuts in personnel and office closures. In clear reference to Banco Santander, BBVA, Caixabank and Banco Sabadell, for the ERE processes carried out or that are still being negotiated.

Banco Santander set an example by adjusting to the reality of the crisis just a few days after the lockdown was decreed in March. Ana Botín, president of the entity, reduced her remuneration by almost 19% in 2020 to 8.09 million euros. A fall that is due to the fact that his fixed salary and bonuses were cut by 50% compared to 2019. His CEO, José Antonio Álvarez, did the same with the same reduction. In the case of BBVA, the reaction was very similar, given the virulence of the economic crisis derived from Covid. Carlos Torres, its president, received 4.09 million euros in 2020, 44% less year-on-year. All due to his resignation from receiving variable remuneration, as did his CEO Onur Genç.

In addition, Gonzalo Gortázar, CEO of Caixabank and chief executive of the bank, received a remuneration of 2.83 million euros last year. This is equivalent to 24.61% less, after resigning the management committee to the variable salary. And with regard to Banco Sabadell, Josep Oliu, received 1,986 million euros in 2020, which is 35.81% less than the amount earned a year earlier for renouncing the variables; so did its CEO and the rest of senior management, with the added fact that it also happened in 2019 due to the entity’s situation.

T he trend in the sector since the beginning of the Covid, which has so damaged the accounts of the entities, is clear. Financial sources recall that banks, on their own initiative, have already lowered their salaries since 2020 in an exercise of responsibility towards the numbers of their companies and their shareholders.

Beyond this, Calviño also emphasized that banks, immersed from the beginning of the pandemic in ERE processes that could affect up to 19,000 people, should look for “alternatives” to reduce layoffs. A few words that occur just one day after Caixabank, where the State is present through the FROB with 16.1% of the capital stock, it will announce its intention to release almost 8,300 employees. Regarding this process, he stressed that “of course” they will seek to act.

“The financial sector has been undergoing a restructuring process for years due to low interest rates, the digitization process and increasing competition. It has been three years since we saw the situation coming and for three years I have urged the sector to actively seek and work on alternatives that minimize the negative impact on employment “, commented the vice president, to add then:” All this time we have come urging both industry associations and individual entities to do everything possible and look for all alternatives that minimize job destruction, which supposes a destruction of value and loss of human capital for Spain that we cannot afford ”. In light of all this, the vice president demanded that the bank “be responsible” for maintaining the jobs.