80% acknowledge being psychologically affected by the pandemic 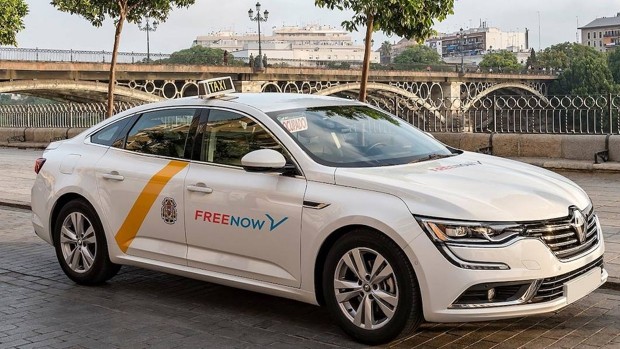 On May 7, the Taxi Driver’s Day is celebrated. A celebration that coincides with the birth of Eva Duarte de Perón, founder of the Argentine Taxi Drivers Union in 1950.

It is a group that has been affected by the pandemic in relation to their mental health, since it has been one of the unions that has especially suffered the economic impact of Covid-19.

In Spain, taxi drivers sare mostly men (87%), 46 years old on average and who are usually married (68.7% men and 44.9% women), and have between three and four children. In addition, their working hours go beyond 8 hours a day. Most of them have extensive experience in the sector, since almost 50% affirm have worked for at least 10 years driving a taxi and they operate mainly in large cities, among which Madrid (49.7%) and Barcelona (38%) stand out, followed by Valencia (7.3%), Seville (3.1%) and Malaga (2.3%). %). These are some of the figures obtained from the radiography of the taxi sector and its professionals from the data obtained from the II Taxi Driver Observatory, provided to this newspaper by the platform
Free Now.

Confinements, mobility restrictions, or the curfew are some of the social and health measures that have most affected the taxi sector, above all, economically. Despite its activity having been affected by the situation, the sector has turned to help during the health crisis, such as, for example, with the “Heroes” campaign, in which 600 volunteer taxi drivers took part to transport the toilets free of charge to patient home visits in the first wave, or currently moving people to vaccination centers.

Also, during all this time, they have tried to cheer up all their passengers, as indicated by 98.6% of the women and 94.5% of the male taxi drivers who have participated in the II Taxi Driver Observatory; although two thirds admit to having been affected by their shared stories and experiences.

Beyond the impact of Covid-19 on the activity of the sector, it has been a strong blow to emotional health of taxi drivers. In fact, 80% of taxi drivers acknowledge that their mental health has been affected by the pandemic and 71% say that it has had a high or very high impact on their mood. The reasons that justify it are common for male and female taxi drivers. The main reason is that it has affected their employment situation (34.8% women and 23.5% men), followed by fear of contagion – both their own and that of a family member (4.3% women and 3.8% men) – and, the third factor is that it has affected their family situation and friends (4.3% women and 3.6% men).

Regarding the feelings they have experienced, they mention concern (56.5% women and 65.5% men) and uncertainty (49.3% women and 58.8% men) followed by frustration – in the case of women (36.2%) – and sadness – in that of men (29.6%) -. So much so that the sector itself (specifically, 34.8% of women and 22.3% of male taxi drivers) declare that they would like to receive some kind of help such as psychological assistance or access to specific information about the Covid -19 for the taxi.

As to the reasons for choosing to take a taxi, there are differences between men and women. They choose it, mainly, for financial reasons (31.1%) and women because it allows them to reconcile personal and professional life (36.2%). In fact, the study concludes that 76.8% of women in the sector adequately combine personal and work life, a sentiment that has increased by 26% after the pandemic.

Another reason that stands out to carry out this profession is to do it by family tradition, as indicated by 18.9% of men and 20.3% of women taxi drivers. In fact, Maria Argentina, Free Now Spain taxi driver explains: «My experience in the taxi sector began in 2007, and it was a job that I always I have known closely thanks to the fact that my father was a taxi driver. When I was little he used to pick me up in the taxi and let me go on the rides with him. I always liked it and that is why I decided to enter the sector and be a taxi driver ».

The II Taxi Driver Observatory also reflects that, despite the fact that 18.5% of them and 14.5% of them opted for the taxi by vocation, 1 in 3 have had a job before getting behind the wheel as a way of life. Among the professions to which taxi drivers have previously dedicated themselves, the following stand out: administrative (10.1%), commercial (9.2%), shop assistant (6.8%) or cook (6.2%).