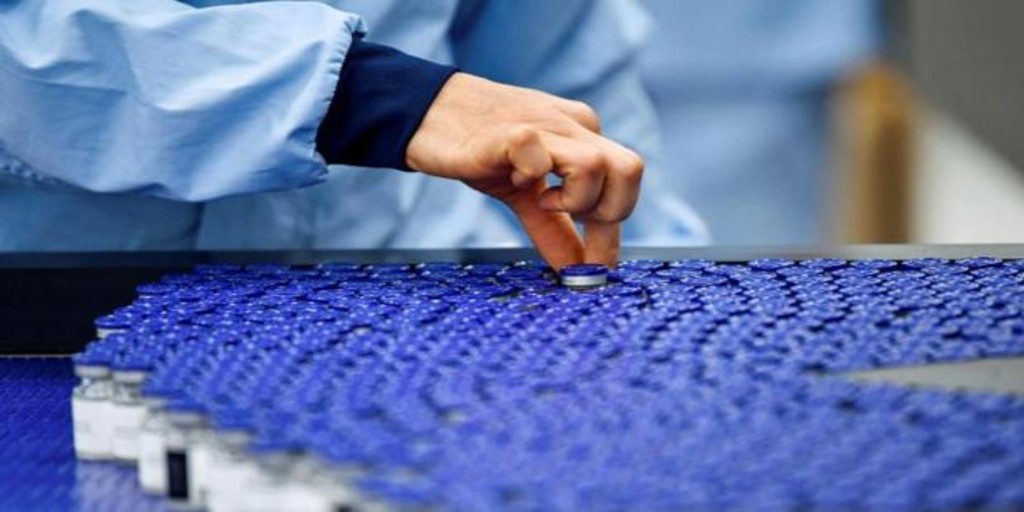 US support for vaccine patent liberalization has caught the European Union by surprise and forces it into a debate that clearly makes it uncomfortable. After Brussels had argued that I didn’t think it was the best option To ensure the generalization of vaccination in the world, Commission President Ursula Von der Leyen had to announce yesterday that she is ready to discuss any “effective and pragmatic” proposal to accelerate the spread of vaccines around the world.

Von der Leyen limited himself to saying that in the EU “we are ready to discuss how the United States proposal for exemption from intellectual property protection for vaccines, it could help achieve that goal. ‘ In other words, it is not clear that they think that suspending patents is an effective solution to massively distribute these preparations throughout the world.

In fact, while the news arrived that the North American Administration had been favorable to the thesis of annulling the patents, the ambassadors of the member countries agreed to extend until, at least, at the end of June the European control of exports of vaccines. Despite this mechanism, the EU is the entity that has exported the most vaccines to the rest of the world, for now more than 200 million doses, as many as those that have been distributed in Europe, although the main recipients are countries such as the United Kingdom, Japan and Canada and not so much the poorest in Africa or Asia. The Commission believes that – referring to the United States – it would be simpler “to encourage other countries to do the same and massively increase their exports.”

Until now, the European institutions had spoken out against the general lifting of patent protection and had instead proposed a voluntary formula whereby pharmaceutical companies they could assign those rights through the World Trade Organization (WTO). The Commission’s experts had argued that the main problem in increasing the production of vaccines in the world was not patents but the lack of essential products to manufacture them and the industry’s production capacity.

However, this Thursday countries like France, Italy and even Spain spoke in favor of the North American theses to eliminate the rights of the laboratories that have developed the vaccines. French President Emmanuel Macron believes that vaccines should be “a global public good. The third vice president of the Government and Minister of Labor, Yolanda Díaza affirms that Spain assumes its commitment “to an international public good such as health”, therefore “it will walk together with the international community to suspend patents.” However, the German Chancellor Angela Merkel argues that the intellectual property of pharmaceutical companies “must be preserved” and that the North American proposal involves “serious complications.” At the “social summit” held this Friday and Saturday in Porto, European leaders will have the opportunity to try to adopt a common position.

For the EU, the World Trade Organization rules on patents are flexible enough that laboratories can disseminate knowledge and technology on a voluntary basis through license agreements. They also maintain that countries that do not have their own technology or those that do have an infrastructure cannot be treated the same, and, in short, they fear that investments in the development of new vaccines still under development will stop.

For now, and after a long morning of questions from all directions, the Commission was unable to express a position that would signify clear support for the proposal to eliminate patents. The official thesis for now is that the EU “Stands ready to actively contribute to an open and comprehensive dialogue with all WTO members to explore how the rules-based multilateral trading system can better support universal and equitable access to Covid-19 vaccines and treatments.” Not even the Health Commissioner, Stella Kiriakides, was able to go beyond these limits in her appearance to present her plans to promote the development of treatments for Covid-19.

In the United States, Biden’s announcement to support a temporary lifting of patents has also generated contrary reactions. The decision, a radical departure from the position held so far, was celebrated by activists, Democrats and international organizations and condemned by Republicans and much of the industry.

“When the history of this pandemic is written, history will remember the decision made by the US Government to do the right thing at the right time,” said John Nkengasong, director of the Centers for Disease Control and Prevention. from Africa.

While in the US 55% of the adult population have received at least one dose, the vast majority of developing countries do not reach 5% of their vaccinated population and many are below 1%. The goal of the temporary patent exemption is that the vaccines can be manufactured in more countries as generics and skyrocket production of doses.

The pharmaceutical industry sees it as a wrong path that will not expedite global vaccination. According to a statement from Stephen Ubl, president of the US pharmaceutical industry, Biden’s decision “will deteriorate our global response to the pandemic. The reason is that there is a bottleneck in access to the ingredients with which vaccines are produced and that will not change with the lifting of patents, but will only worsen. His solution: that production continues as before and that developed countries, such as the US, share doses.

Industry and Congressional Republicans also argue that a patent exemption would be a blow to innovation and would discourage future research. Covid vaccines, however, have been developed with a strong boost from public coffers – especially from the US – and with the use of technology developed in laboratories financed with taxpayer money. For now, the answer It has been a plummet in the stock market of the pharmaceutical companies that produce the vaccine.

The precedent of the HIV epidemic

The United States has left the ball bouncing on the roof of Europe. Now there is a long road to negotiation that will not be resolved only with political will. Although patent exemption is a mechanism envisaged by the World Trade Organization, there is only one precedent with the AIDS epidemic. In 2001, a waiver was agreed to supply generic antiretrovirals to countries that lacked the necessary manufacturing capacity. The agreement only benefited countries with fewer resources and now it will be necessary to decide whether the suspension of patents affects the whole world while the pandemic lasts or only the territories with lower incomes will benefit.

There is still a long process to go, with complex negotiations before the vaccines flow to the whole world. Another important detail is how big pharmaceutical companies are compensated. Unless companies waive compensation for an image issue, the amount of royalties will have to be negotiated. “The road is not easy, but it is the first step in a decision that will benefit us all, even in Europe where we have a problem of production of doses,” says Vanessa López, from Salud por Derecho. Technology transfer is another stone on this path, but if it is resolved, “the production of vaccines could be carried out in less developed countries, and this could mean a before and after in the fight against the virus.”