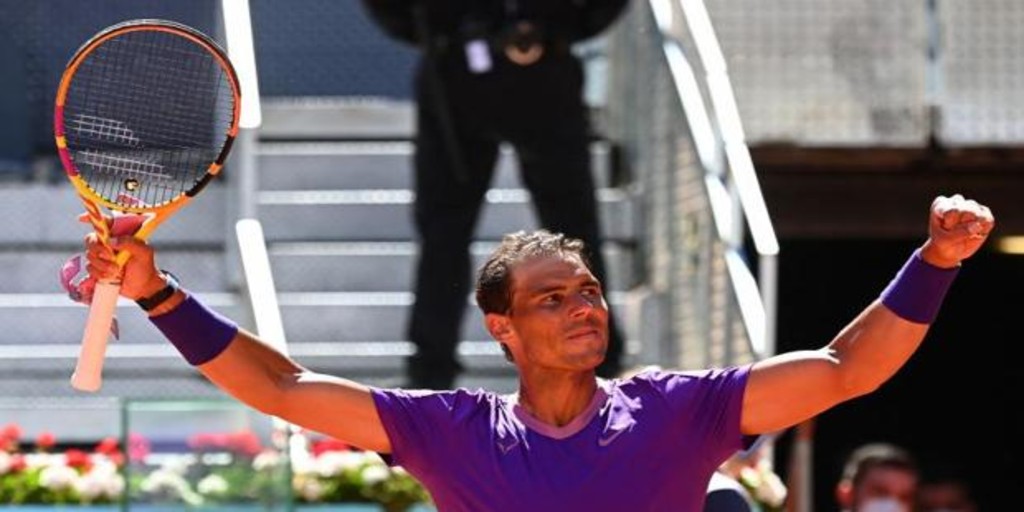 The tennis player Rafael Nadal was awarded the Laureus prize for the best athlete of 2020 in a telematic ceremony from Seville.

The Spaniard, who has already won the Breakthrough Award in 2006, the Sportsman Award in 2011 and the Comeback Award in 2014, commented: “I want to express my deepest thanks to the Laureus Academy. I know I’ve had a fabulous competition, and probably the rest of athletes deserve the trophy as much as I do, for which I am very happy ».

“Winning the French Open and matching Roger Federer’s 20 Grand Slams has been an unforgettable moment. It means a lot to me equal my great rival, and at the same time, my great friend. It is something very special, after all that we have lived on and off the track, “he continued before reminding those most affected by the coronavirus pandemic:” 2020 has probably been the hardest year I remember, without a doubt. This pandemic is unprecedented. Many people have suffered and many others have passed away, so I want to send a message to all affected families. It is difficult to stay positive, but with the vaccine and all the effort that is being made, we can possibly say goodbye to this terrible virus very soon.

💬 “For me personally, of course achieving the 13th @rolandgarros, and equal the 20th Grand Slam of @rogerfederer it has been an unforgettable moment for me “@RafaelNadal World Sportsman of the Year 2021 🏆# Laureus21pic.twitter.com/NejTXlDhjc

“At the same time, I would like to thank Laureus Sport for Good because recently the Rafa Nadal Foundation and Laureus have worked together to continue creating opportunities for young people, because we all believe in the power of sport.”

In addition, a new award was presented in recognition of the broad impact caused by athletes in society: the Formula 1 world champion. Lewis Hamilton He was chosen the winner of the Laureus Athlete Advocate of the Year Award for his involvement in the fight against racism. And the star of Liverpool and Egyptian football, Mo Salah, was awarded the Laureus Sporting Inspiration Award in recognition of his unique contribution over many years to the needy and less fortunate.

Tennis took two of the great individual prizes. Besides Nadal, Naomi Osaka, who won the US Open for the second time, won the Laureus World Sportswoman of the Year Award. Osaka made a powerful statement from Flushing Meadows in support of the “Black Lives Matter” campaign, wearing different face masks at their parties with the names of African Americans who have passed away in recent years. «I have seen so many sporting examples win this award [Sportswoman] which means a lot to me to have gotten it now. I am very happy to receive it. It really means a lot to me.

“Regarding my activism on the track, I consider it essential to use my voice because I feel that I often hold back a lot and worry about what people think of me, but if you have a platform, it is very important to use it. If I look ahead, my main hopes for the future would be to have been able to help or influence as many people as I can and hopefully become a better person», He analyzed.