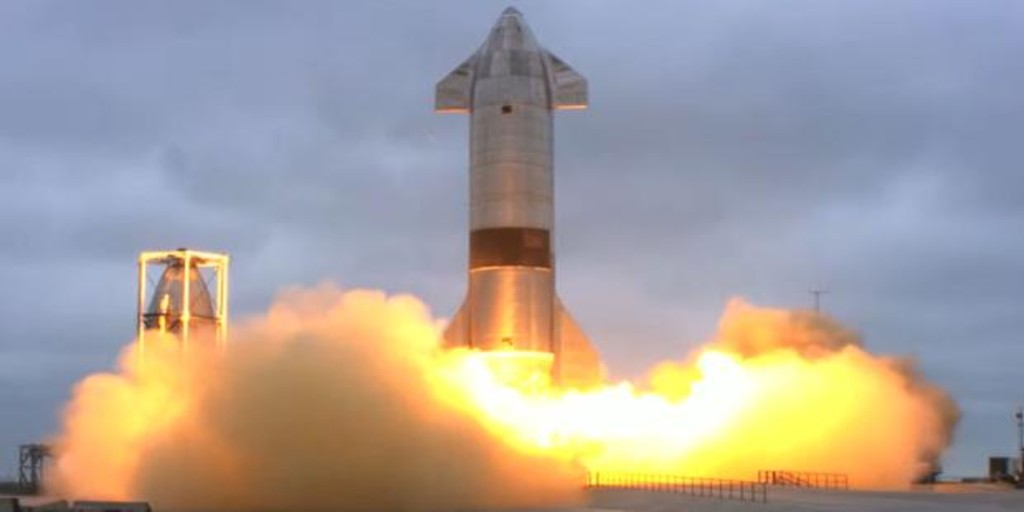 The fifth time is the charm to SpaceX with his Starship ship. For the first time, the company created by Elon Musk has managed to land its prototype interplanetary rocket SN15 at its base in Texas without the attempt ending in explosion and flames. Certainly quite a feat after all previous flight tests failed in its attempt to land in a controlled manner.

The SN15, built primarily of stainless steel, took off from SpaceX’s test area, called Starbase, near the town of Boca Chicain South Texas this Wednesday. After rising to a height of 10 kilometers, it performed a series of maneuvers and returned to land at the base six minutes after takeoff.

This latest test has broken new ground for SpaceX, which saw the previous four attempts ended with prototypes exploding through the air or on fire at the time of the so-called ‘soft landing’. On one of the occasions, specifically during the SN10 test, the test seemed to go well after landing the ship at the end of the flight, but seconds later the base of the ship began to burn to finally end in a ball of fire. In fact, a small fire also broke out at the base of the SN15 just after landing, but the flames were quickly extinguished.

Musk’s company seems to have learned from previous attempts, as some new features have been introduced into the SN15 prototype. “The prototype includes improvements in structures, aerial engineering, software and engines, which will allow more speed and efficiency during the flight,” they wrote in a statement from SpaceX before the flight.

The future of Starship

SpaceX is developing the Starship spacecraft to carry people and cargo to the Moon, Mars, and other distant destinations. The system consists of two elements, both designed to be completely and rapidly reusable: a spacecraft called the Starship and a giant first-stage rocket called Super Heavy. Both vehicles will be powered by next-generation Raptor engines and Starship will have six and Super Heavy will have about 30.

Although SN15 is a large-scale spacecraft prototype in terms of height and width, it currently only has three Raptors. The upcoming test ships will be even more powerful and the first prototype is expected to fly into Earth orbit by the end of the year. If the test program progresses well, Starship could go live soon after. Musk recently stated that he expects the system to be fully operational sometime in 2023, although he acknowledged that his schedules tend to be “somewhat ambitious».

In fact, Musk wants to launch several of these ships to conquer Mars. But initially it could be useful for closer trips, especially to the Moon. It is in this vehicle that the Japanese billionaire is supposed to Yusaku Maezawa it will make a complete revolution around our satellite, in theory in 2023, a trip at a confidential price.