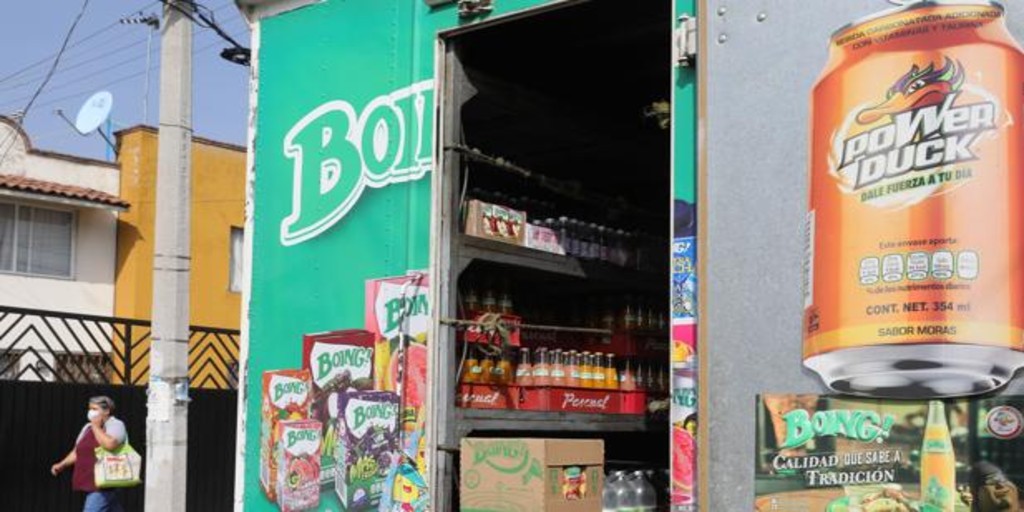 Drink two or more sugary drinks a day, according to a study published in the journal «
Gut»Can double the risk of colorectal cancer before the age of 50, at least in the women.

In addition, each additional drink increases the risk by 16%, an increase that is 32% per daily drink during adolescence.

Cases of bowel cancer diagnosed before age 50, or early-onset colorectal cancer, have increased in many developed countries over the past two decades. But experts are not clear why.

“Colorectal cancer in young adults is still relatively rare, but the fact that rates have increased over the past three decades, and we don’t understand why, is a major public health concern and a priority in cancer prevention.” , argues lead author, Yin Cao, of the
University of Washington.

During 2020, colorectal cancer was the third most diagnosed worldwide, behind breast and lung cancer, and in Spain, it is one of the most fatalities, along with lung and pancreas.

In 2021, 43,581 new cases of colon cancer will be diagnosed in Spain, according to data from the
Spanish Society of Medical Oncology (SEOM), which show the importance of society knowing the main tools to prevent its appearance.

“These tumors are more advanced at the time of diagnosis and have different characteristics compared to cancers in older populations,” says Cao

Sugar-sweetened beverages, such as soft drinks, fruit-flavored drinks, sports and energy drinks, constitute the main source (39%) of added sugar in the diets of US citizens, and 12% of the population consumes more than three drinks every day.

Excessive consumption of these types of beverages has been documented to cause an increased risk of obesity and type 2 diabetes. But even though the popularity of these drinks has risen steadily, especially among teens and younger adults, it is unknown whether this intake could also be associated with an increased risk of bowel cancer in middle age.

In this work, the researchers have relied on information obtained from 95,464 participants in the
Nurses Health Study II, an ongoing follow-up investigation of 116,429 nurses aged 25-42 at the time of enrollment in 1989.

The women reported their eating habits through questionnaires validated every 4 years, starting in 1991. And, 41,272 reported the consumption of beverages during their adolescence (13-18) in 1998.

In addition, the researchers looked at other potentially influential factors, including family history of bowel cancer, lifestyle, regular use of aspirin or non-steroidal anti-inflammatory drugs, and vitamin supplements.

During the 24 years of follow-up, 109 women developed colorectal cancer before the age of 50.

According to researchers at Washington University of Medicine in St. Louis, higher intake of sugary drinks in adulthood was associated with a risk of cancerr after taking into account risk factors.

Thus, they found that compared to those who consumed less than one drink a week, those who drank 2 or more a day were more than twice as likely to be diagnosed with bowel cancer. Each extra drink was associated with a 16% higher risk.

Among the 41,272 women who reported their drinking patterns during adolescence, each daily serving was associated with a 32% increased risk of later developing the disease before age 50.

When sugary drinks were replaced with artificially sweetened beverages, coffee, or semi-skimmed or whole milk, the risk of colorectal cancer diagnosis before age 50 was 17% to 36% lower.

The authors acknowledge that this is a study observational and as such you cannot establish a cause, only a correlation. And since the majority of the participants were white women, the findings may not apply to men or other racial / ethnic groups.

However, they note that there are some biologically plausible explanations for their findings: Sugary drinks suppress feelings of fullness, so you risk excessive energy intake and associated weight gain.

These drinks also cause a rapid increase in blood glucose and insulin secretion, which, in the long term, can induce insulin resistance, inflammation, obesity and type 2 diabetes, they add.

«Its consumption can contribute to an increase in the incidence [del cáncer de intestino de aparición temprana]», They suggest.

Therefore, they conclude that reducing intake and / or [la sustitución] for other healthier beverages among adolescents and young adults “may serve as a possible viable strategy to alleviate the growing burden of bowel cancer before age 50”.