Two Spanish hospitals, pioneers in testing a therapy to ‘clean’ the blood of Covid 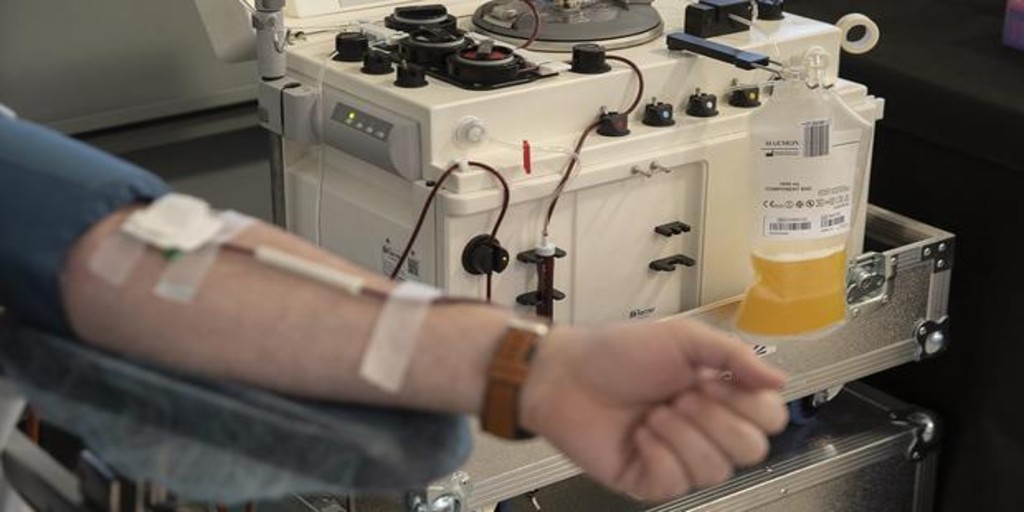 The Hospital of the
Vall d’Hebron of Barcelona and Hospital Clínico San Carlos de Madrid is testing a pioneering technique to clean blood from virus of people infected with coronavirus. The study, implemented for the first time in Europe in the form of a clinical trial, seeks to reduce the incidence of the disease through a type of blood filtering system. dialysis known as ‘Seraph 100’ that could reduce the mortality of Covid-19.

“Seraph 100 has already been proven capable of reducing viral load in the blood. Now, in the case of the Covid-19, we want to study if eliminating SARS-CoV-2 from the blood is enough to reduce the severity of patients “, has detailed Dr. Ricard Ferrer, head of the Hospital’s Intensive Medicine Service and head of the VHIR resuscitation research group . The technique is being tested together with the Cardiolink company, which has brought this system to Spain.

As detailed by the Hebron Valley In a statement released today, the two Spanish hospitals are the first centers on the continent to include patients (a total of 42) in two trials that will test the effectiveness of the new blood filter in cases of coronavirus. According to its promoters, this system is capable of binding to microorganisms in the blood and decrease the amount of virus or bacteria that it has present. “Now we will study its ability to improve the clinical evolution of patients who have the infection,” adds the Barcelona center.

We are launching two clinical trials to test the efficacy of a new filter capable of binding to microorganisms in the blood for the treatment of #covid i sepsis. Vall d’Hebron is the first center in Europe to include patients.

The technique implanted in Spain has already been approved by the advanced research projects agency of the United States Department of Defense and is based on the fact that the severity of infections is sometimes associated with the amount of pathogens circulating in the blood. The studies that have been carried out so far have observed that in certain cases lung function and oxygen saturation can be improved in patients with coronavirus who were critical by filtering and purifying their blood.

«This technology works in a similar way to a hemodialysis system, filtering the blood, with the aim that the microorganisms bind to the filter and are eliminated from the bloodstream. One session would be enough to clean a large part of the pathogens found in the blood, “those responsible for the research highlight. In addition to testing this method in Covid patients, a second trial will look at its effectiveness in killing bacteria in the blood in cases of sepsis. Until now, no side effects associated with the use of this system have been observed, so the researchers consider that it could be a novel treatment opportunity for all those critical patients due to infections of different types.

Juan Ruiz, spokesperson for Cardiolink, has explained to ABC that the dialysis technique allows the blood to be filtered with polyethylene microspheres that performs a function that, physiologically, the body does in a natural way, removing pathogens present in our body. “During four or six hours of treatment, the blood passes through the filter, and there the pathogens stick in a kind of balls with hairs, eliminating almost 100% of the pathogens that circulate in the blood,” Ruiz details. “It is a very simple process of blood purification that eliminates all the pathogen that circulates in the blood, it has been shown to work”he adds.