It’s time for Velayos and Corpa at the Madrid Hippodrome 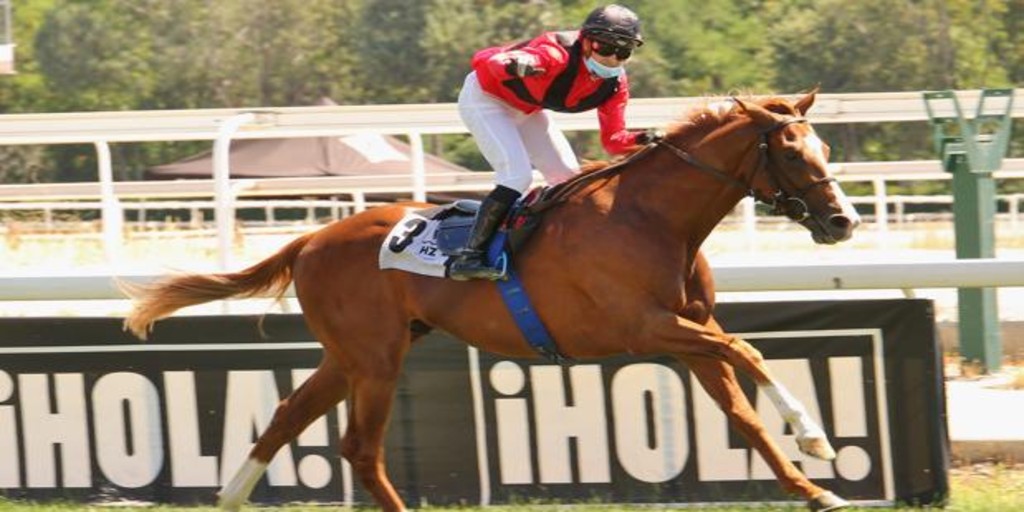 This Sunday, May 9, the tenth day of the Spring season. The ‘Madrileños’ continue to enjoy the great spectacle and excitement of horse racing and gastronomy. In this exciting day, six races will be held, all on the grass track, starting at 11.30 am, with maximum attention to the fifth race, the Velayos Award, with an endowment of € 15,000 euros for the winner, and to the third race, the Corpa Award, endowed with 12,000 euros for the first to pass the finish line.

The morning will start with the Marcos Carmena Award, reserved for riders and gentlemen, for horses and mares 4 years and older, over a distance of 2,000 meters. Nine participants in the starting boxes. Kosciuszko He stands out clearly in this lot, although the harsh scale may slow him down. Anyway, he is the first candidate for victory. Your main rivals could be City Master, that comes out very well in weight and will try to make things difficult for him. The last performance of Tresefes and here you have a good chance to appear. Briscola, in the trio in its last three performances, it is still situated and cannot be forgotten.

The second race will be the José Luis de Salas Award, for 3-year-old foals and fillies, which have not won. Eighteen copies on the starting pole. 2,200 meters to travel. Kauri Cliffs He really liked his comeback with a great shot in the final meters, finishing second, beating horses that have won later. Following that line and with the consequent progress, I think it is going to be very difficult to beat. Hades he improved a lot in his second and rugged start, he will be his main rival. I take this opportunity to send a huge kiss to Nieves Garcia, hoping that she recovers soon, that we miss her a lot !! Another one who can do it very well is Aarash, I think his second start will improve a lot and it will be very dangerous.

In third place the Corpa Award, for horses and mares 4 years and older, over a distance of 3,000 meters. Eleven candidates for victory. It is the marathon of the season in which the best specialists in distance are cited. Stelvio He has shown his face in his careers in France and has proven to be one of the best. If he is not distracted on the straight, it will be very difficult to beat. Sure he has great value and with the career he already has in his body, he will also fight for victory. You can see a nice duel between the two. The unknown is Axioco, I think it is of greater value, although he is trying to recover it after his serious injury. He reappeared with very good feelings, despite losing a horseshoe, surely the fight. Qatar River, who won high school by far, is not beaten beforehand

The fourth race will be the Eduardo Olgado Award, Lototurf support, split handicap first part, a sprint of 1,200 meters straight line. Twelve specimens on the starting post. Dancing Ballerina he’s in great shape, convincingly winning his last two sprints, but this time the extra 100 meters can be decisive as he’s at his limit. Anyway, he will be in the fight again. I think that the race goes through the pupils of Oscar Anaya, Streaker He has appeared in his two starts of the year and those 100 meters more benefit him. It will be very difficult to beat him. Stoweman is another specialist who has not done badly in the year and here it can be very dangerous. Battle of Waterloo it has a lot of character but in a straight line, it cannot be ruled out.

In fifth place the Velayos Award, for 3-year-old foals and fillies. Seven hopefuls for success. 2,200 meters of route. A priori, from what has been demonstrated so far, the favorite must be Danko, he has three victories and a second of four starts, he is the colt to beat. Portofino he impressed in his second outing and with the consequent progress could jeopardize the hegemony of the favorite. Sincelejo he was left with a lot in his previous career by coming very locked up, he will be dangerous again. Luanco it is little valued, it is a winner in San Sebastián and it makes its debut in Madrid, it could be the surprise.

The day will close on Monet Award, doubled handicap first part, also a sprint of 1,200 meters straight line. fourteen copies on the starting post. Here my favorite is King of Spirits. Despite having run little, he is supposed to progress and he does the distance very well. Perfect Sunrise, already a winner in a straight line and with the release, must be his main rival. TO Linda victory is resisting him, but he does not fall from an arrival, he will be there again. As a surprise I see Navabuena, he’s not running well but he goes back to the footage from his best recent race and goes on a very light scale.

To place bets, you can download the participant program through the QR codes, located at the entrances to the racecourse and at the betting windows.

To avoid the use of coins as much as possible, with the safety of the attendees in mind, bets can be made by buying betting vouchers or with the mobile by downloading the application. In our information point located in the south stand, all doubts will be answered in this regard.

The cash payment of the winning tickets during the races will be made only at the ticket offices set up for cash payments, where the coins have previously been disinfected. During the day with the betting bonus, the prizes can be accumulated and at the end collect the cash from the cash balance at any of the lockers, where the money will have already been disinfected.

LASCARRERAS.COM becomes the ON-LINE RACING RACE for all fans, since you can follow the live broadcast of all the days, as well as obtain all the information with the opinions of the experts, interviews with the protagonists or the statistics of the program of participants of the day with the favorites.

RTVE will cover the broadcast of the day through its two channels: TELEDEPORTE, starting at 10 pm. with interviews, summaries and live news, and the sports channel + TDP.

The Hipódromo de la Zarzuela is located in a privileged environment, it offers locals a gastronomic offer that can be enjoyed in a safe environment of more than 20,000 m2 of terraces and gardens, establishing the hygiene and sanitary security measures established by virtue of the Royal Decree 926/2020, of October 25, on the State of Alarm, and Decree 4/2021, of January 22, of the Community of Madrid, in which the Hipódromo will have 50% capacity.

The safety of visitors and employees is the most important thing, which is why a series of measures have been adopted that we detail:

Tickets can be purchased online, on the website www.hipodromodelazarzuela.es It is recommended to download the ticket on your mobile devices, in order not to use paper. The use of a mask will be mandatory, except for children under 6 years of age.

Within the enclosure, different points with dispensers of hydroalcoholic gels will be located so that the disinfection of hands by visitors and employees is frequent.

The surface of the Hippodrome is very large, which means that there is enough space for all visitors to maintain the required minimum distance.

Information and signage throughout the premises to recommend basic prevention standards, as well as constant messages over the public address system.

Spaces such as grandstands, indoor rooms, paddock or winners’ enclosure will have a limited capacity to avoid crowds and will be rigorously controlled.

Payment by card is recommended in all restaurant services.

As for betting, mobile betting points have been implemented, as well as the purchase of voucher bonuses for all races of the day. Exclusive cash payment windows have been established, where the coins will have been previously disinfected.

All areas through which visitors pass will be disinfected before opening to the public and during the race day, by a cleaning and disinfection team.