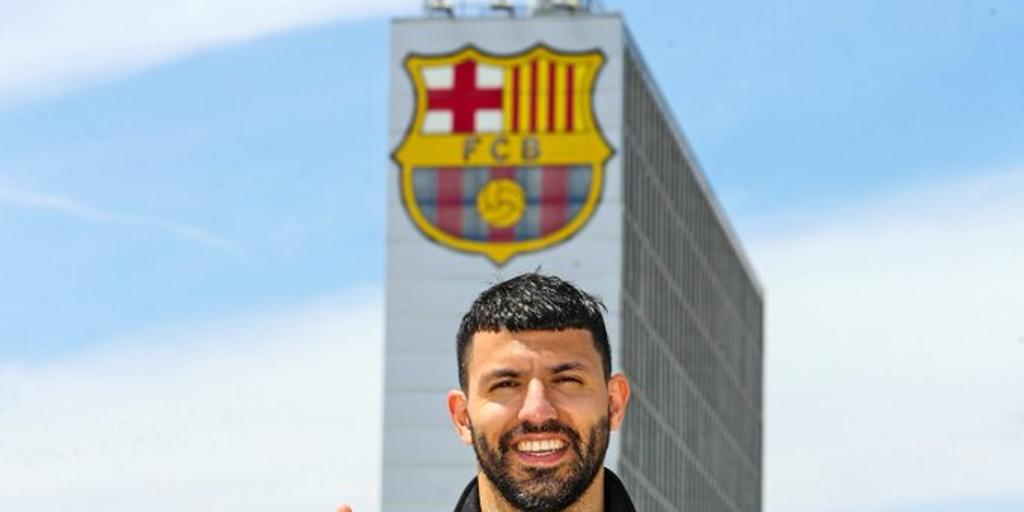 Kun Agüero becomes Barcelona’s first signing for next season. The hiring was made official at 4:00 p.m. this afternoon after the club’s television website, BarçaTV, scheduled the presentation ceremony for 6:15 p.m. this afternoon. Although it had been speculated that it was presented after the Copa AméricaThe Barça club wanted to take advantage of the fact that the Argentine was in Barcelona to undergo a revision of his knee with doctor Ramon Cugat, who operated on him last year on the joint. Agüero, a close friend of Leo messi It is a strategic signing, since with his arrival it is intended to convince the Rosario to extend his relationship with the Catalan club for a couple of seasons. Messi wanted a sports project with a face and eyes and the arrival of Kun is understood as the first step in building a winning team and to create, in addition, an ecosystem around Leo that was disrupted with the departure of Luis Suárez to Atlético de Madrid.

Kun, who arrived in Barcelona last night and stayed in a central hotel, has passed medical check-up at the Cruz Blanca hospital. In addition, he has taken advantage of a good part of the afternoon to check the accommodation they have sought for him for the next season. In the early afternoon, from the Barça club they were optimistic about the outcome of the operation and the fact that it could be officially announced its incorporation. Kun, who had demanded that Messi continue at Barcelona, ​​will sign for two seasons and will have no transfer cost, since he was free this season at the end of his relationship with Manchester City. The signing of Agüero has not been exempt from some controversy within the Barça board of directors, since a sector of the managers censured that the regeneration of the team came from the hand of a footballer who will turn 33 this week, the same ones that were the cause for which Luis Suárez was gifted to Atlético de Madrid. In the end, the criteria of the technical secretariat have been imposed that, beyond considering the arrival of the Argentine as an incentive to convince Messi, they have valued Kun’s football quality and the knowledge he has of the Spanish League after passing through the Atlético de Madrid.

Precisely, the English club has given the go-ahead to its presentation, since although it has the letter of freedom, it still has a contract with the Citizens until June 30. The same permission has received Éric García, that if no setback arises, it will be presented tomorrow. The forecast with the City central, who is also free of contract, was that his signing would already be announced today and that pose in the club offices before the Barça shield, as is usual in the act that precedes the official presentations but the precipitation of the agreement with Agüero has transferred everything to this Tuesday.