“If Messi continues, which I think he does, we will do our best” 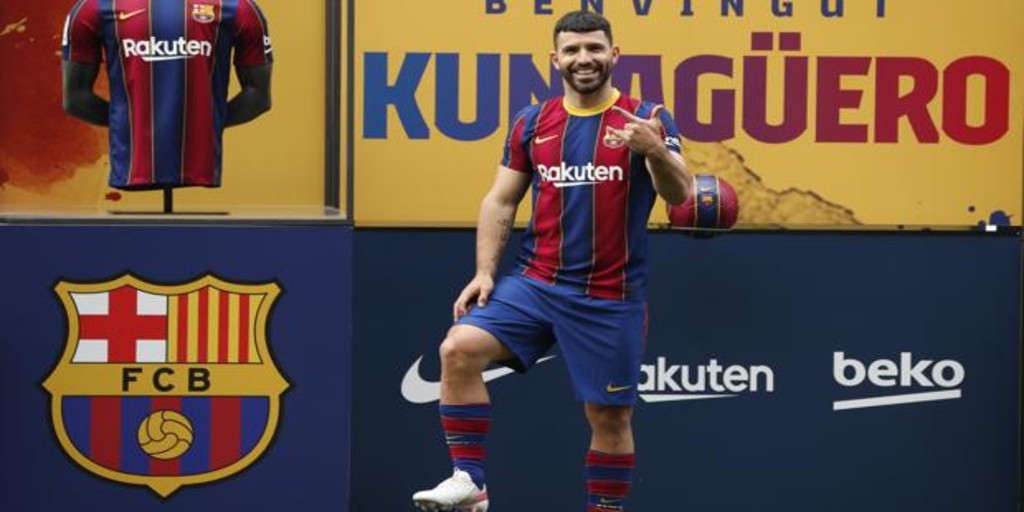 Kun Agüero has lived his first day at Barça. The footballer has passed medical check and he has signed a contract for two seasons, during which he will have a termination clause of 100 million euros. He donned the Barça shirt for the first time, stepped on the Camp Nou and attended the press before leaving concentrated with Argentina to play the Copa América. «You have always been a player desired by Barcelona»Unveiled Joan Laporta, who received the forward with a typical tango from his country. “It is an exciting dance, like you, that you put a lot on us and that you are going to score a lot of goals,” added a happy president. «Your signing is a way of implying that joy is going to return to Barcelona», Finished the president implying that he could announce shortly the commitment of Messi to continue. «Kun’s signing is because he is an exceptional player. He was a highly desired player and plays in a decisive position. His signing is for Kun and because we love Kun. We want a very competitive team. We also want Messi to stay and he knows it. It is the first of the signings that we are going to do during this month of June », explained the president, who clarified that he had explained to Koeman that they were going to sign the Argentine, since the footballer revealed that he has not yet spoken with the Dutchman.

“We hope to play together but that, as Laporta said, we had been negotiating for a long time. What happens with Leo are decisions that he will make with the club, but it is a pleasure and pride that we play together. If he is still here, which I think he is, we will try to do our best for the club“Kun started, revealing the great doubt that there was about Barcelona. The Argentine added what Guardiola told him when he learned that he was going to Barça: “The only thing I remember is that when we won the Premier we had a meal and he told me that I was going to the best team in the world.” The footballer added: «Except for this past season at City I have had nine very good years. This year, due to a knee issue, it prevented me from staying for a few months, I recovered, I caught the Covid, I fell again … but the last few months I have been perfectly fine. But the knee is perfectly and I just need to show that I can do what I did with City.

«With Hernán (Kun agent) we contacted a month and a half ago, discreetly, and we were approaching positions. One already perceives in minute one the predisposition and illusion of the other party. From the beginning the concept was very clear: we are going to play it with variables, because there is confidence ‘, and that gave us the assurance that he wanted to come ”, explained Mateu Alemany. And the vice president Rafa Yuste He added that Koeman was aware of the signing: «From the first moment we are in contact with the coach. He is very happy, because he is very good ». «My role is to have a good preseason and then the decision of whether to play or not is taken by the coach. By doing things well in training, one has more possibilities but in no case do I consider myself a permanent holder because you have to respect your colleagues and you have to earn it, “explained Agüero