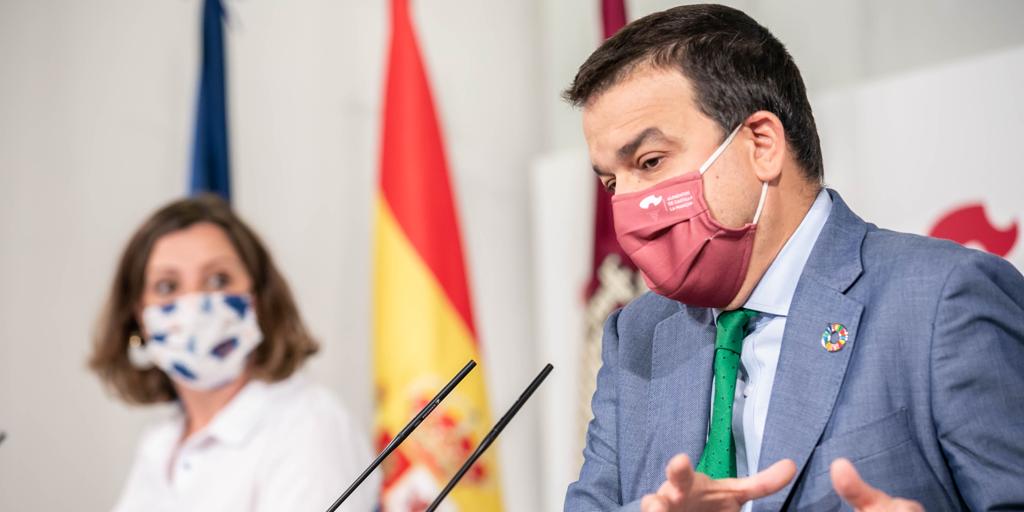 The Government Council of Castilla-La ManchaAt its meeting this Tuesday, it also gave its approval to the draft bill for the extinction of the five provincial agrarian chambers. Some entities that, in the opinion of the Minister of Agriculture, Water and Rural Development, Francisco Martínez Arroyo, are “out of date.”

“Today they do not make sense because there are professional agricultural associations,” said Martínez Arroyo in a subsequent press conference, in which he explained that now this normative text will go to the consultive advice, that within a month it will return it to the Governing Council again to approve it and that it reaches the Cortes, where it should be definitively approved. “I hope it has the support of all parliamentary groups because it already has the support of the entire agricultural sector,” he said.

The objective of this law would be, as he indicated, “to regulate the procedure for changing the use of resources and movable and real estate assets of the provincial chambers, which will be transferred to agricultural associations and the Government to benefit farmers and ranchers».

In addition, he announced that with the rustic farms owned by the provincial agrarian chambers, a public land bank will be created, which will be distributed among professionals in the sector and among young farmers and ranchers who join the field, one of the main efforts of the Government regional.

This measure especially affects the area of ​​Talavera, Alberche del Caudillo and Talavera la Nueva, and it is a claim that many families have historically made. “Thanks to this rule, they are finally going to see that these lands become theirs definitively, providing security to something that until now had only uncertainty,” said the counselor.

The Governing Council also approved the Decree of Plot Concentrations that will improve the management and profitability of agricultural holdings in rural areas. It is a demand of the small municipalities that will allow to regulate the aid and reduce the process to a maximum of five years.

This decree will have a very important impact on the provinces of Cuenca and Guadalajara. In addition, he reported, an amount has been allocated within the Rural Development Program to help with public funds to these private concentrations, to make profitable exploitations and to avoid the abandonment of the sector, facing depopulation.

In another vein, Martínez Arroyo informed the Governing Council of the modification of the Rural Development Program under the CAP funds in these two transition years, pointing out that 549 million euros will arrive, 100 of them via fondos Next Generation and the rest in two new annuities of this PDR.

In this way, the total figure that will reach the region if the period 2015-2022 is taken into account rises above 2,000 million euros, “a spectacular figure that shows the importance” that is given to extremes such as the incorporation of young people into the primary sector.

Finally, the Minister of Agriculture realized that the capital insured by agricultural insurance in the region has increased by 25%, reaching 1,800 million euros. With this extreme, Martínez Arroyo defended insurance as “an important tool” for Castilian-Manchega agriculture.