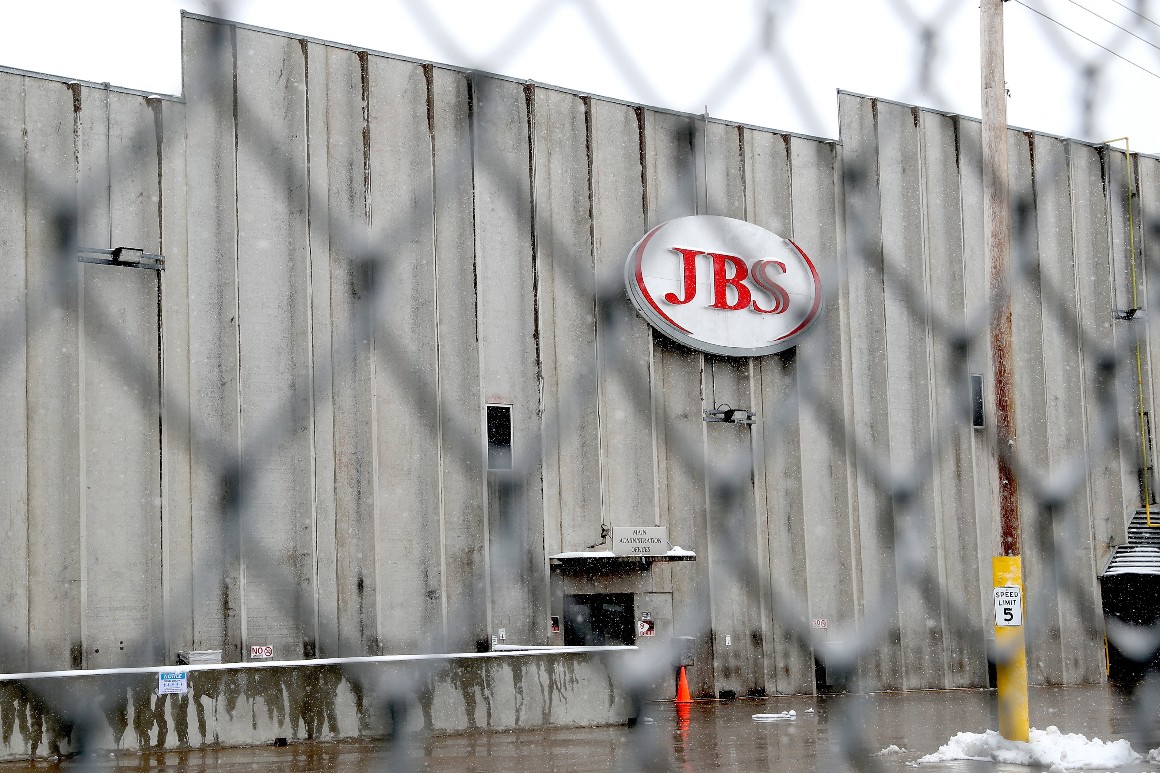 JBS USA said in a statement Monday that it will “take time” to resolve the issue and said there could be delays in sales. The company said the attack targeted their IT systems in North America and Australia.

“The company took immediate action, suspending all affected systems, notifying authorities and activating the company’s global network of IT professionals and third-party experts to resolve the situation,” the statement said. “The company’s backup servers were not affected, and it is actively working with an Incident Response firm to restore its systems as soon as possible.”

The apparent attack came just weeks after hackers brought the Colonial Pipeline to a halt and wreaked havoc on the East Coast’s gas supply.

“Combating ransomware is a priority for the administration,” Jean-Pierre said.

JBS controls about 23 percent of cattle processing capacity in the U.S., more than any other beef packer, according to industry data compiled by Steiner Consulting Group, an economic consulting firm.

The company, which is based in Brazil, is also the second-largest U.S. pork processor, handling 18 percent of national capacity. One of its subsidiaries is Pilgrim’s Pride, which is the world’s largest poultry processor in terms of volume and is second-largest in the U.S. after Tyson Foods.

Steiner Consulting Group predicted in a research note that the hack could be a “major issue” for the country’s overall meat processing capacity, but “much will depend on how long the disruption persists.”

“The attack on the Colonial pipeline resulted in significant gasoline shortages in some parts of the country, and we fear that stores that normally get deliveries from JBS may face a similar situation,” the firm wrote.

A source from the meat industry said it was too early to speculate about the potential hit to processing from the hack but noted that beef and pork production is already being slowed down by labor shortages.

The U.S. Agriculture Department could not speculate on how the hack was affecting prices. USDA said its daily 2 p.m. estimate of cattle and hog slaughter report was delayed due to “packer submission problems.”

In the wake of the Colonial Pipeline attack, Biden issued an executive order calling to upgrade the federal government’s way of handling cybersecurity, an order that had been in process for months and did not address private companies’ critical infrastructure.

The order also made a new Cybersecurity Safety Review Board, led by a private-sector representative and DHS, that would produce reports on cyberattacks after the fact.

Last week, the Transportation Security Administration moved to require companies whose pipelines have been hit by attacks to report them to the government.

Ryan McCrimmon and Ximena Bustillo contributed to this report.