In which communities is it possible to take a failed subject? 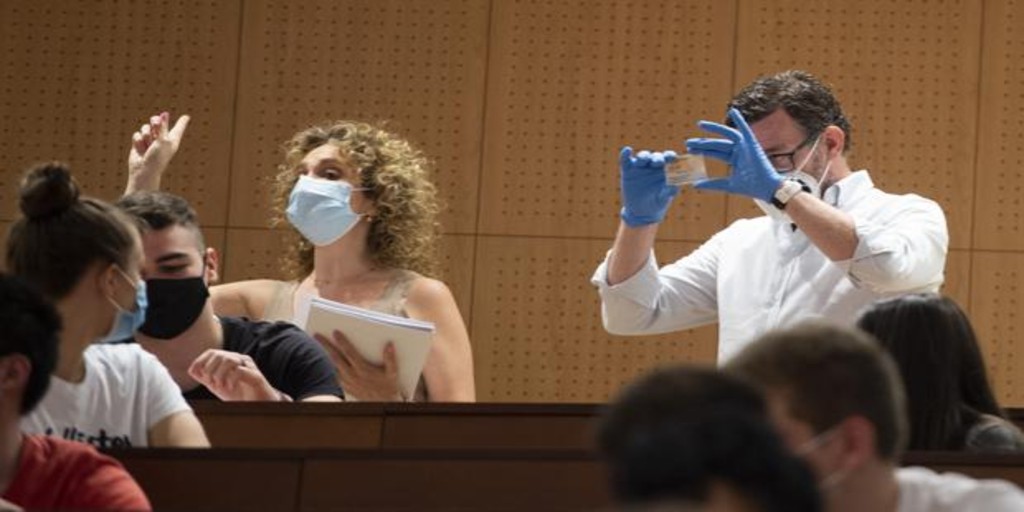 Murcia has been the autonomous community in charge of inaugurating the examinations of the tests of Evaluation for University Access (EvAU), popularly known as Selectivity.

Students will have to demonstrate the knowledge learned throughout the two high school courses and they will have to achieve at least an average of five in the compulsory phase to access any of the degrees offered at Spanish universities.

All exams will last for 90 minutes and there will be a half hour break between each test. It should be noted that, like last year, each exam will have a single option, a novelty that was introduced in 2020, since traditionally there has always been an option A and an option B that students could choose from. Now, the students will not have to answer all the questions but, depending on each exam, they will have to choose a maximum number of questions to which to answer.

Who can apply to the Selectividad 2021

According to article 38 of the
Organic Law 3/2020, of December 29, which modifies Organic Law 2/2006, of May 3, on Education (LOMLOE), which came into force in January of this year 2021, they may take the tests for access to the university all those students who are in possession of the baccalaureate degree.

” Those who are in possession of the Bachelor’s degree, regardless of the modality and the route taken. The test will be valid for access to the different degrees of Spanish universities’.

But how do you get the baccalaureate degree?

For the 2020/2021 academic year, Royal Decree-Law 31/2020, of September 29, establishes a series of urgent measures in the field of non-university education. With this decree, the autonomous communities are allowed modify titration methods of high school students. Thus, some regions allow their students to obtain the baccalaureate degree and sit the selectivity exams without having passed all the subjects.

The communities that have confirmed through different public resolutions that allow their students to present themselves to the EvAU with some unsuccessful subjects are the Valencian Community, Castilla-La Mancha, La Rioja, the Canary Islands, the Balearic Islands, and Extremadura.

According to
Resolution of March 29, 2021, of the Autonomous Secretariat of Education and Professional Training, ‘the decision regarding the obtaining of qualifications for the students of 4th of ESO and 2nd of Baccalaureate and of vocational training cycles, artistic education and sports education (cycles of Basic FP, intermediate and higher level), will be adopted in a collegiate manner following the criteria indicated in the specific instructions that appear in this provision for the different stages and educational levels, bearing in mind that this decision will be adopted guaranteeing the acquisition of the general objectives of the stage so that they allow the student to continue their academic itinerary and, consequently, it will not be subject to passing all subjects for access to the different degrees’.

Thus, the baccalaureate degree can be obtained with a failed subject, so it will be possible to attend the Selectivity without having passed all the subjects.

In the autonomous community of Castilla-La Mancha, according to
Resolution of 10/28/2020, of the Vice-Ministry of Education, the acquired skills on the passed subjects.

On The Rioja, as stated in the

Resolution 2/2021, of January 26 of the General Directorate of Educational Innovation, the decision of the baccalaureate degree will be adopted by the teaching team, assessing the evolution of the student in all the subjects, as well as their academic maturity in relation to the objectives and competences corresponding.

‘To obtain the Bachelor’s degree with pending subjects, it will be necessary for the teaching team to consider that the student has achieved the general objectives of the stage in a way that allows the student continue your academic itinerary and, consequently, it will not be subject to the number of subjects without passing ‘.

On Estremadura Students will also be able to obtain the baccalaureate degree and, therefore, take the exams of the Selectivity 2021. For this, they have used what is established in the
Royal Decree-Law 31/2020, of September 29, by which urgent measures were adopted in the field of non-university education.

” The degree decision will be adopted guaranteeing the acquisition of the general objectives of the stage in such a way that they allow the student to continue their academic itinerary and, consequently, It will not be subject to the non-existence of subjects without passing for access to both degrees. In any case, to obtain the Bachelor’s degree, an average grade equal to or higher than that required to pass each subject will be necessary. ‘, Can be read in this decree. Therefore, the achievement of objectives will prevail over the overcoming of the subjects.

” The educational centers, in accordance with what is regulated by this educational Administration, may exceptionally modify the promotion criteria in all courses of the stages of Primary Education and Compulsory Secondary Education, as well as in the corresponding promotion of first second year of Baccalaureate, considering that repetition will be considered an exceptional measure that will be adopted, in any case, in a collegiate way ‘, it is collected.

As published the
Government of the Balearic Islands In its last update on April 30, 2020, ‘the course promotion will be the general rule in all stages and the degree will be the usual practice in 4th ESO and 2nd Baccalaureate’. What’s more, ‘the number of suspended subjects will not be a limitation for the promotion or qualification of students. Therefore, this number cannot be a determining criterion for non-promotion or non-graduation. ‘