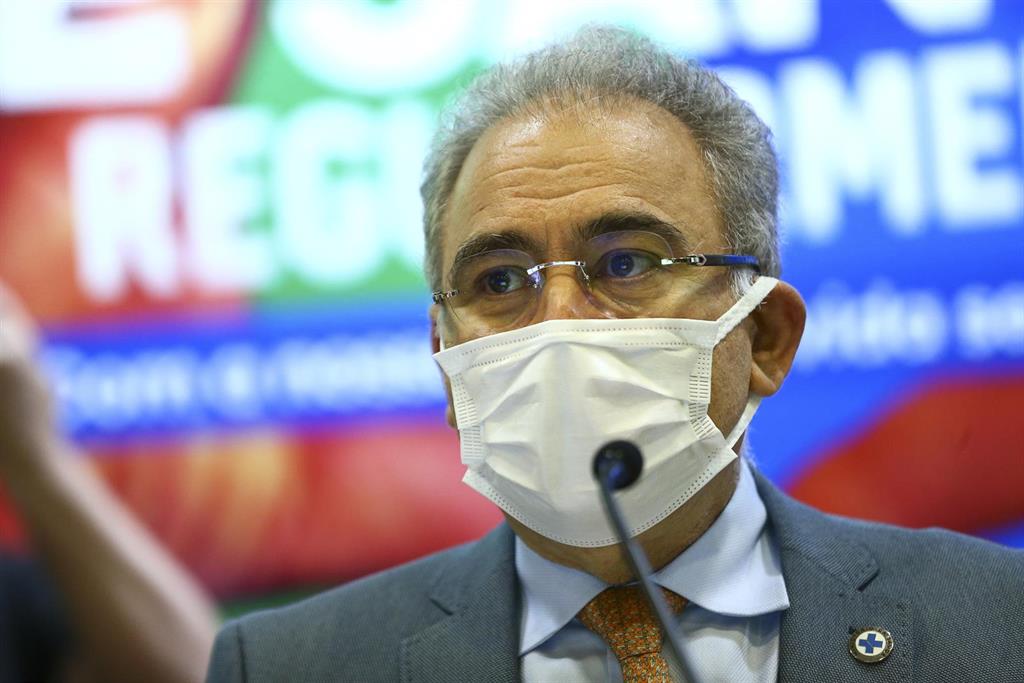 The Brazilian Minister of Health, Marcelo Queiroga, announced on Tuesday that the contract for the purchase of the Indian vaccine against COVID-19 Covaxin has been suspended following reports of alleged irregularities in the procurement process.

Specifically, the Executive of Jair Bolsonaro had a contract in place with Need Medicines, representative in the country of the Indian laboratory Bharat Biotech, for the purchase of 20 million doses of the immunizer.

“Under the direction of the Federal Comptroller General, for convenience and opportunity, we decided to suspend the contract so that more in-depth analyzes can be carried out,” Queiroga has advanced in this regard, in front of the media, together with the Minister of the Comptroller, Wagner Rosary beads.

Rosario has specified that the suspension will be maintained while an audit of the process is carried out, in order to identify the alleged irregularities. “We hope in no more than ten days to have a response to this analysis,” he said, adding that he is “sure” that nothing will be found.

The Parliamentary Investigation Commission (CPI) that delves into the management of the pandemic by the Government has pointed to possible corruption in the process, after a complaint by federal deputy Luis Miranda and his brother, Luis Ricardo Miranda, about the negotiations to the purchase of Covaxin, a process that would have entailed “atypical pressures”.

In the framework of these complaints, three opposition senators have formally requested the Federal Supreme Court of Brazil to open an investigation for prevarication against the president, Jair Bolsonaro, who allegedly ignored the alerts about the alleged irregularities in the purchase.

According to the brothers, they warned Bolsonaro of the suspicions of corruption in the purchase, a meeting that the president confirmed but in which he has denied that said complaints were transmitted to him.

In addition, several documents from the Brazilian Ministry of Foreign Affairs indicate that these doses would have been purchased for a price eleven times higher than that stipulated by the manufacturer, although the Ministry of Health has denied this information and the Government has already offered different versions of what happened. .

REMOVAL OF THE LOGISTICS DIRECTOR

The Ministry of Health announced on Tuesday night the dismissal of the portfolio’s logistics director, Roberto Darias, after the representative of the Davati Medical Supply company in Brazil, Luiz Paulo Dominguetti, said that he had asked for a bribe. of a dollar for each dose of vaccine to sign the contract.

Dominguetti, who is presenting himself with this position, has made this statement to the Brazilian newspaper ‘Folha de Sao Paulo’, to which he has detailed that he sought to negotiate with the Ministry the purchase of 400 million doses of the AstraZeneca immunizer.

“The Ministry of Health informs that the resignation of Roberto Dias as director of Logistics in the portfolio will be published in the Official Gazette of the Union this Wednesday. The decision was made this Tuesday morning,” the department has indicated.

The members of the ICC have demonstrated in this regard and the vice president, Randolfe Rodriguez, has described this complaint as a “serious” fact, for which the summons of the representative of Davati Medical Supply in the commission has been demanded.