Catalonia rules out for now stopping de-escalation plans, despite the increase in Covid cases 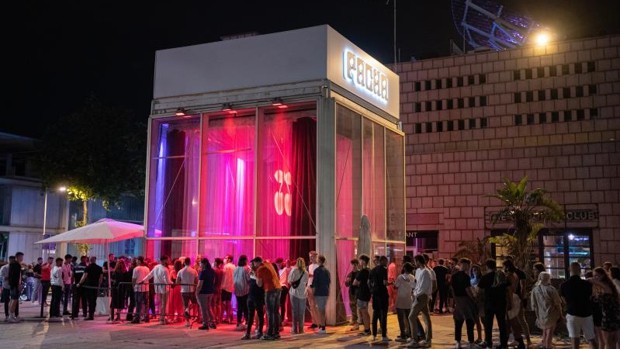 «The data of the last days are not good, they are cause for concern. The vaccination rate is good and there are already four million citizens with the first dose, but the virus continues to circulate and with a new highly contagious variant«. With these words, the Government spokesperson, Patrícia Plaja, on Tuesday showed her concern with the new increase in cases that are occurring in Catalonia in recent days, although she has ruled out, for now, backing down in the de-escalation.

Plaja has specified that about 5,100 weekly cases are usually detected in Catalan territory and that today there are 136 infected in critical condition. There are five more that 24 hours ago and only one of them was vaccinated with a first dose, add sources from the Government. In addition, it has emerged that they are between 42 and 62 years old, so the worsening does not affect any of the young people affected by the outbreaks that come from Mallorca.

«At the moment We are not in the necessary context to have to stop the de-escalation plan«, Has considered Plaja, despite the concern about the pandemic. For the autonomous government this point would come if the number of admitted to Catalan hospitals increases significantly.

In this sense, the Government spokesperson has avoided considering whether she can tighten some restrictions again, such as those that affect the sector of the nightlife, which is one of the most marked by the increase in cases given that its users, mostly young, are the group still pending vaccination. The Health Minister, Josep Maria Argimon, will appear this Thursday to analyze the evolution of the pandemic and could give more clues about whether they continue with current prevention measures in group activities.

The Secretary of Public Health of the Generalitat, Carmen Cabezas, has specified that Catalonia has registered 242 positive cases of coronavirus until this Monday among students who celebrated the end of the course between June 11 and 20 on a Spanish island.

Cabezas stressed at a press conference that the detection of positives derived from this type of outbreak is a “dynamic” process and has specified that, at the moment, 132 positives have been identified who traveled to Mallorca, 76 who traveled to Menorca and 34 who they traveled to Tenerife on those dates.

The Catalan government is concerned about the increase in coronavirus infections that has occurred in the last week. 6,240 positives were recorded and an increase of 73% over the previous week. However, he believes that for now there should be no going back on the descaling. According to the government, there would be changes in the event that the increase in infections translates into significant increases in hospital admissions. Government spokeswoman Patrícia Plaja reported that there are currently five more people in the ICU in the last 24 hours and that they are all over 40 years old. Plaja explained that only one of these people is vaccinated with a first dose and that the rest are not. There are currently 136 people in the Catalan ICU.