change of sex from the age of 14; with the endorsement of a judge since he was 12 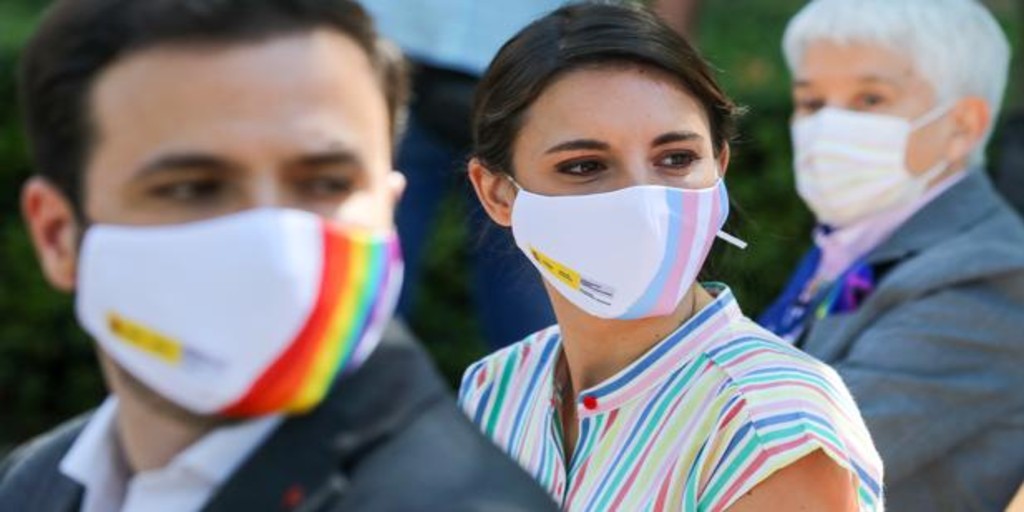 The ‘Trans law’, which the Council of Ministers approved this Tuesday after a tough confrontation between government partners, finally it does recognize gender self-determination, that is, the change of sex in the Civil Registry without the need for a medical or psychiatric report or medical treatment from the age of 14. The interpretation of this concept of gender self-determination and the debate on the age groups have caused months of disagreements between the PSOE and United We Can and has also divided in some way the feminist collective and entities. For the minister Irene Montero, The fundamental thing is that it supposes the depathologization of the collective, that is, it will no longer be considered you make trans people sick. And in a few years no one will recognize themselves “rejecting the Trans law,” he said.

These are some of the keys contained in the draft of the Law for Real and Effective Equality of trans people and the Guarantee of LGTBI Rights, negotiated between the Ministries of Equality, Justice and the First Vice-presidency, although there remains a long parliamentary procedure of a part of its articles. It must also go through the advisory bodies. According to the Minister Spokesperson Maria Jesus Montero, Spanish society is plural and this law, which will mean a breakthrough in the “social conquests” harvested by this Government, such as euthanasia – the head of the Treasury has compared -, “seeks to overcome the historical invisibility” of transsexual people in our country. country:

1-. The concept of gender self-determination it is finally made explicit in the draft of the trans law. Its content is legislated because it allows the rectification of sex in the legal register.

two-. Rectification of sex and name in the Civil Registry: a child under 12 years of age may not change their sex, but their name may. In that age group up to 14 years, the judge will assess their maturity and stability if necessary.

3-. Age range: from 12 to 14 years old they will need a report and judicial endorsement; from 14 to 16, parental support or legal guardians (and if there are discrepancies, you can be accompanied by a legal defender); from 16 years it will be done freely.

4-. Reversion: The Minister of Justice, Juan Carlos Campo, has explained that between the ages of 12 and 14 a judicial approval is needed and the judge can request the evidence he deems necessary. In both cases, the rectification can be ratified twice in three months and will be a reversible process in the following six months. That is, the child will be able to return to his original sex if he repents within that period of time.

5-. The draft of the ‘Trans law’ recognizes the identity of transgender people Through an administrative procedure in the Civil Registry, where the interested person will express their will to the official, although they can also do the procedure online, and will do it again three months later for the change to be effective.

6-. The Civil Registry is the body that reports: the process will begin with the appearance of the interested person before any office of the Civil Registry. There you will receive a form to express disagreement with the sex mentioned in your birth registration and the request for rectification. In that first appearance, the person requesting recognition in the registry will be informed of the legal consequences and the reversion regime. After receiving all this information and if they are satisfied, the trans person must sign the first request to rectify the sex that appears in their birth registration. Within a maximum period of three months, the Civil Registry must summon you again so that, finally, it can be ratified. The process will not take more than four months in total, because once the request is signed and presented, the official will check the documentation of the file and will issue a resolution within a maximum period of one month from the date of the second appearance. .

In the document, the proper name that you want to appear from now on will be included, except in the case that the person wants to keep the one they have used up to now and is in accordance with the principles of free choice of the proper name provided for in the regulations governing the Civil Registry.

7-. The new procedure shortens and facilitates the compulsory process until now, according to which a person who wanted to change sex had to receive a medical or psychological diagnosis to prove their gender dysphoria, also called or known in some countries as Gender Identity Disorder. Furthermore, said person must have received hormone treatment for at least two years.

8-. People who request the rectification of sex will maintain the previous legal rights and obligations and an aggravated conviction based on gender will not be avoided in this way. Some feminist associations had expressed their fear that abusers ask to be recognized as women to circumvent the law.

9-. The draft law states that those who request it, whether they are adults or minors, will be offered voluntary support measures throughout the registration rectification procedure that affects the health, social, labor, educational and social spheres. administrative; also protection measures against discrimination, promotion of respect and promotion of equal treatment.

The law includes a section for intersex people, those who are born with male and female organs. Genital modification of newborns is prohibited, except for purely medical reasons. Parents are given the option to leave the box blank for one year in the registry that mentions the sex if they consider it so and by mutual agreement.

It is a preliminary draft law consolidated with the LGTBI, in which in addition to the ‘trans law’ an LGTBI section is included (despite the fact that Irene Montero wanted to process it separately), and in this section the most important thing is that aversion or conversion methods, programs and therapies are prohibited, even if they have the consent of the person. It also establishes sanctions for those who practice them. The rule provides for facilitating the filiation of children of lesbians, something that changes from the root with respect to the current situation, when only the lesbian mother who gave birth was considered a biological mother. And his partner had to go through an adoptive process. In addition, assisted reproduction will be available to all people “capable of gestation,” says the drafting of the draft.