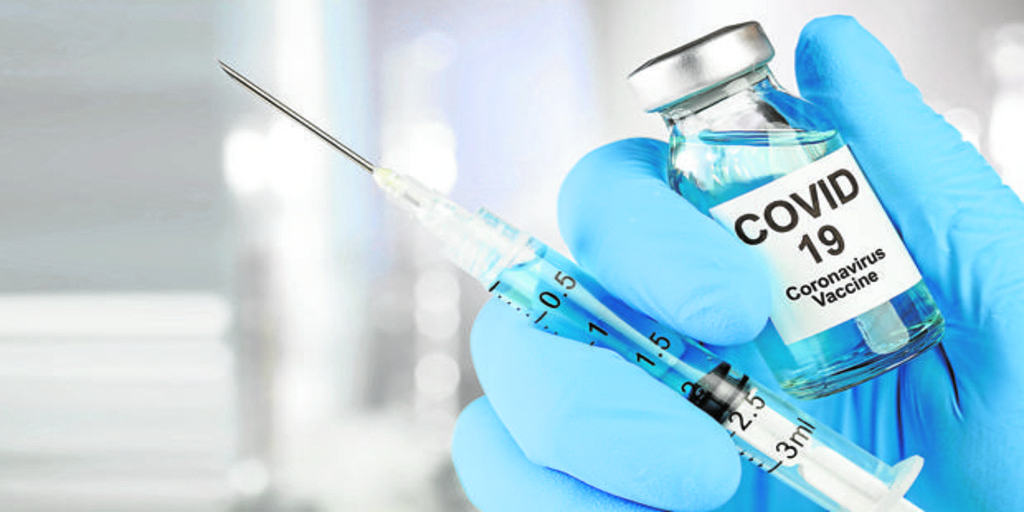 Two studies published today in
«JAMA Cardiology» suggest that mRNA-based Covid-19 vaccines (Pfizer and Moderna) can cause, in some cases myocarditis, but not on a scale that should prevent people from getting vaccinated.

The first work shows a series of seven patients who underwent cardiac MRI and were diagnosed with myocarditis, of which four had recently received a Covid-19 mRNA vaccine. However, there are only three cases in a population group greater than 550,000 people who had been vaccinated without complications.

The second has seen 23 servicemen who developed myocarditis after receiving a COVID-19 mRNA vaccine. Here the figures are even less relevant, because the total is 2.8 million doses administered during the study period.

Until now, vaccine-associated myocarditis has been anecdotally described, and it is difficult to establish a causal relationship between Covid-19 vaccines and heart disease, explain the researchers of the
Duke Cardiovascular Magnetic Resonance Center in Durham, North Carolina (USA), directed by Han Kim.

In total, they identified seven individuals diagnosed with acute cardiovascular magnetic resonance myocarditis between February and April 2021. Of the seven, four developed the infection within five days of receiving a COVID-19 mRNA vaccine; all four had received a second dose (two Moderna and two Pfizer).

The patients were three men, between 23 and 36 years old, and one woman aged 70 years, and all came to the hospital with severe chest pain and evidence of biomarkers of myocardial injury. The cardiac MRI results were typical of myocarditis; all were hospitalized, underwent treatment for the condition, and were discharged within two to four days.

Although a causal relationship between the Covid-19 vaccine and acute myocarditis cannot be definitively established in these patients, there appeared to be no other obvious reason for the injury, the researchers write in
«JAMA Cardiology».

The second study, carried out by the group of Jay Montgomery, of Walter Reed National Military Medical Center in Bethesda (USA), included 23 military they had received an mRNA vaccine and had developed symptoms of myocarditis after the second dose. All patients recovered.

The good news is that, according to a small study published in the journal
«Circulation», vaccine-associated myocarditis tends to resolve rapidly.

In this other study, doctors looked at seven patients males, ages 19 to 39, who were hospitalized for a myocarditis-like illness shortly after receiving a vaccine for Pfizer, Moderna o Johnson & Johnson.

All patients recovered and left the hospital between the second and fourth day of treatment.

Study co-author Christopher deFilippi of
l Inova Cardiac and Vascular Institute in Fairfax (USA), noted that in his health area, which represents around 2 million patients, myocarditis after Covid-19 vaccination has been a “rare event” and “fortunately so far associated with a benign outcome.”

In an editorial accompanying the studies of
«JAMA Cardiology» The results of the two studies are recognized to suggest that the development of myocarditis after receiving an mRNA-based COVID-19 vaccine is a rare event.

Kim’s team’s study found that “more than 560,000 people in the six counties had received two doses of an mRNA-based Covid-19 vaccine and only four cases of myocarditis were detected,” write David, Shay of the
Centers for Disease Control and Prevention (CDC) in the editorial.

However, the study results could further scare people who are already wary of getting vaccinated, says the team led by Ann Marie Navar, of
University of Texas Southwestern Medical Center in Dallas, in another editorial.

‘Previous reports of adverse events after vaccination against measles, mumps and rubella, which were later deemed unsubstantiated, generated significant public alarm and led to resistance to vaccination, an effect that lasts to this day. today, they write. In light of this legacy, as well as ongoing vaccination-related fears leading to variable uptake, especially in populations at increased risk of Covid-19, the editorial decision [de publicar este estudio] it was not taken lightly. ‘

Doctors should talk to patients, Navar’s team concludes. “In addition to discussing the risks of Covid-19 infection and the efficacy of vaccines, clinicians should identify patient concerns regarding vaccine safety and should be prepared to discuss these risks with patients.”

The CDC said this week that the myocarditis rate is 12.6 cases per million people in people who received the Pfizer / BioNTech or Moderna vaccines, a higher rate than would be expected in the general population.

However, deFilippi’s team cautioned that, given the dangers of Covid-19, even for younger adults, “the decision risk-benefit of vaccination is still very favorable».