Rafaelillo convinces in a serious and noble miurada in Castellón 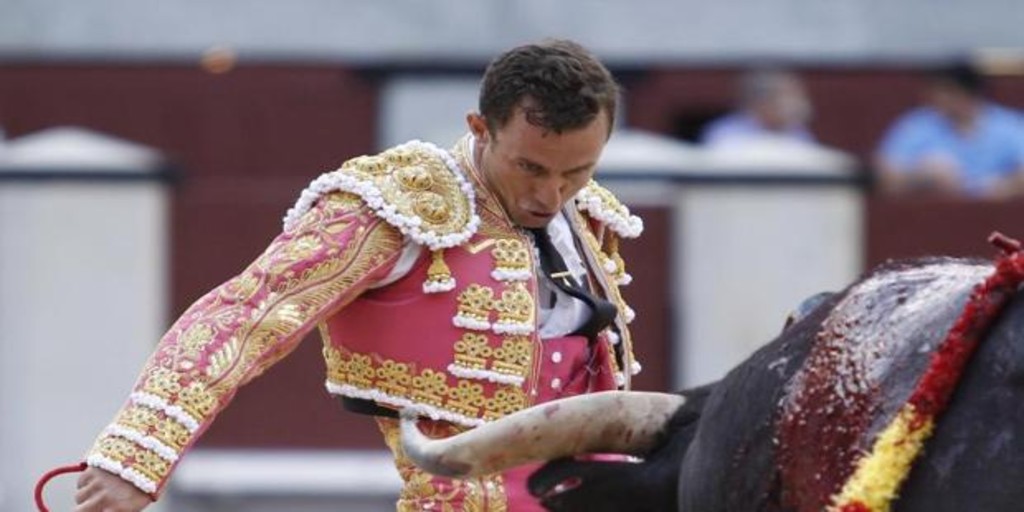 I returned to Rafaelillo to the city of La Plana to show his face once again with ‘his’ miuras, who have given him so much and have punished him so much. After a long change, the Murcian managed to show off fighting veronica. Then, the bull that seemed to take the deception well, starred in a spectacular third of rods in the knockdown in the first rod and took the second, starting from afar. Apparently, he did not seem to have excess strength but he endured a task based mainly on the right side, in which Rafaelillo’s main virtue was to allow himself to be little stumbled by deception. When he took his left hand, the miura was already very stationary and, after a series, he wielded the sword, taking a great lunge with very fast effects and a well-deserved trophy went to his hands.

A spectacular jump to the alley starred in the second start, but then he did not allow himself to fight with the cape to come loose after each set. This specimen also stood out in the tecio de varas. He arrived at the crutch with great nobility and distracted at the end of the crutch, but he left the Castellón native Paco Ramos to be able to express himself with his good concept of the bullfighter, in short but very temperate series. Another series with the left had the same quality stamp. But that was the breed of this specimen, which went to tables and lay down. Ramos squared it and took a full thrust that put his well-deserved ear in his hands.

Snatched out Ruben Pinar with the cape, ready not to lag behind his companions, linking six chicuelinas that arrived with force to the line. This specimen was cared for by the manchego in the third of rods, supplying it with a single punch. The bull thanked him, who arrived noble and with a journey to the crutch task, where a seasoned Pinar in this type of bulls put all his professionalism to carry out a movement based mostly on the right python and in which within the series he alternated calmer crutches with others somewhat accelerated. After a puncture he grabbed a sensational lunge leaving the bull without lace and another appendage.

He pushed the room out and Rafaelillo He managed to turn around and take it out to the media, marking the route that the bull had to take. He also received a single punch. After toasting El Soro, who borrowed a trumpet from a musician from the band from the bed and received a heartfelt flowery target. Noble but with his face high, he took the crutch by the right python, where the Murcian took the opportunity to take lucid series with rudeness that brought the emotion to the laying. When he took his left hand, the bull was very short and it was impossible to show off. He killed with a half thrust and a certain blow of the shaft, cutting off another ear.

A great ovation started the Sardinian who made fifth when he jumped into the square. This only allowed Ramos to be able to express himself with his fine style with the cape, in a tight veronica as in a later remove by chicuelinas. He received two full-blown punches, going long in the second. That excessive punishment accused him in the task of crutch, arriving very stopped and defending himself and making it impossible to round the afternoon to the bullfighter of Castellón.

The sixth had mobility and nobility in the last third although his onslaught lacked humiliation. Pinar, who provided the task to his companions, elaborated a short fret, as the bull stopped following the deception. He lost his balance when leaving a series, without the bull doing anything for him. Prick and lunge. Be quiet.

Rafaelillo came out on his shoulders through the Puerta Grande.

Castellón bullring. Last of the subscription. Three-quarters of entry, over the allowed capacity. Six Miura bulls, exaggeratedly well presented for a second place. All received an ovation on their way out to the ring and they fought good fights in the third of rods, reaching the crutch with nobility and just strength.