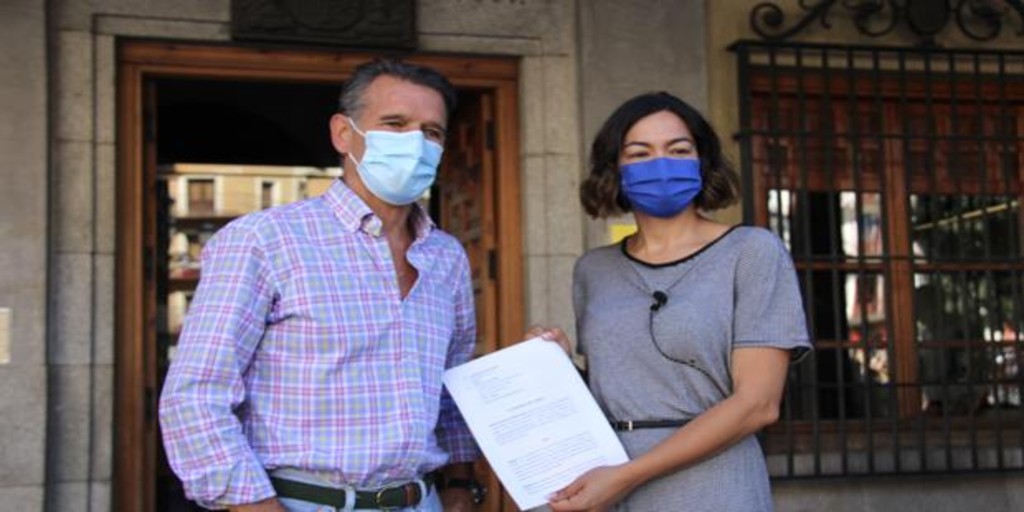 The PP spokesperson in the Toledo City Council, Claudia Alonso, has advanced that his formation has registered a complaint before the Ombudsman before the continued “obstruction and obstruction” of the mayor, Milagros Tolón, to the work of the municipal opposition after his “arbitrary veto” to three motions in the last municipal plenary session and denying the councilors of the different political groups access to reports and documentation.

This was explained by Alonso this Tuesday, at the gates of the Government Delegation in Castilla-La Mancha with the councilor Jose L. Gamarra, after registering said complaint with the Ombudsman in which he is asked to “warn the mayoress” for her attitude and require her to “cease the violation of the fundamental right to political participation” of the councilors of the Toledo City Council .

“This request should not be made by any councilor of any city council in Spain,” he lamented Alonso, pointing out that “the caciquil attitude of the mayor in the embarrassing June municipal plenary session” by preventing debate and voting on three motions presented by the PP, Cs and Vox Against the pardons of those convicted of sedition, has been what led the Municipal Popular Group to inform the Ombudsman “the violation of fundamental rights of councilors that occurs in the City of Toledo.”

The ‘popular’ spokesperson has condemned “the mayor’s contempt for the role of the councilors of Toledo“, As confirmed by his veto of opposition motions but also” his repeated refusal to deliver information and municipal documentation “requested by the councilors of the PP, exercising their right,” on dozens of occasions both verbally in the Commissions and in written form ».

Documentation and information that, as it has explained, refers to reports from municipal technicians, to vetoes by those officials of municipal government decisions, as well as contracts, payments and invoices, the PP has reported in a press release.

From the government team, the local government spokesperson, Noelia de la Cruz, has regretted that the Popular Municipal Group resort to “a new tantrum” to “hide their lack of work and ideas for the next celebration of the State of the City Debate” that will take place next Thursday in the Town Hall.

With its «histrionic and overactive attitude, the PP hides its incapacity within the opposition work it maintains and which has been characterized in recent years by disinterest, lack of work and the manifest absence of proposals that result in the best quality of life of the people of Toledo ».

All this, the spokeswoman added, “caring little about the image it offers of the city it represents or the use of institutions to obtain political gain.” And it is that, as he has pointed out From the cross, «The PP is demonstrating in the city of Toledo a complete lack of scruples when it comes to proceeding, pretending turn municipal politics into a schoolyard».

For all this, the spokeswoman has warned the ‘popular’ that “far from being able to cloud the mood or mood of the local government, they will find in Toledo society the rejection of a society that neither wants nor needs problems but those who solve them ». “For that and not for anything else, we are in the Government,” the spokesperson concluded, hoping that the next City State Debate will be held “from common sense and not the insubstantial and opportunistic anger of those who prefer a headline in their own benefit to an agreement for the good of Toledo ».