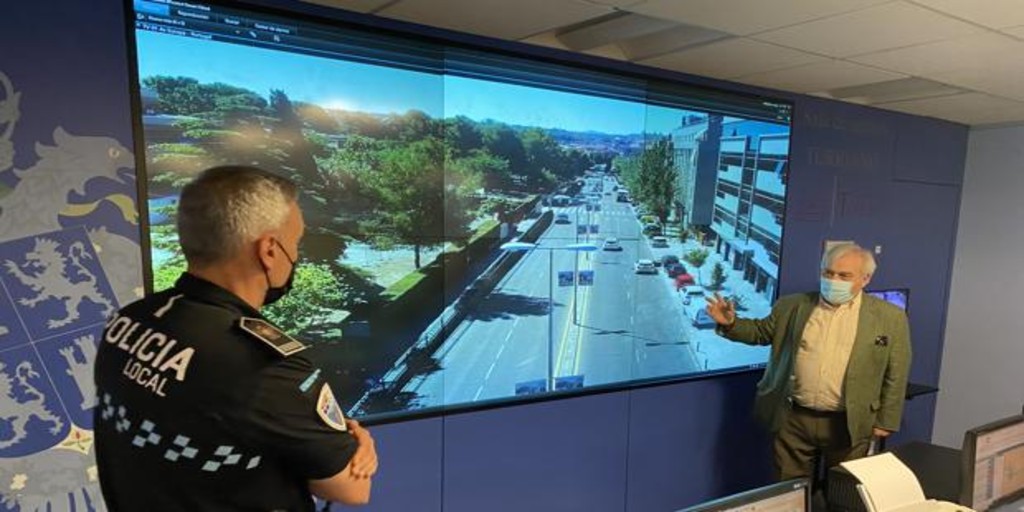 The Councilor for Mobility and Citizen Security, Juan José Pérez del Pino, has visited this Tuesday the ‘Turriano Room’ of the Local Police Headquarters after the incorporation of new high definition cameras and panoramic vision that will allow maximize surveillance and streamline traffic control in the city of Toledo.

The municipal manager, who has been accompanied by the inspector Miguel Fernández Arévalo, He explained that the City Council is making progress in modernizing the resources of the Local Police by adapting the different tools they use to new technologies to optimize traffic management.

Thus, he has referred to the updating of the video cameras installed in different parts of the city with a 360-degree vision, high definition and a high quality of the image that allow, even, through zoom, to capture data such as the registration of a car three kilometers away, has explained the mayor of Mobility.

“This information system made up of 24 cameras allows us to anticipate events, prevent traffic jams and take action in a short time in the event of accidents,” he said. Juan José Pérez del Pino. The new cameras also record the images they capture, eliminating themselves after 30 days, as reported by the City Council in a press release.

For its part, Miguel Fernandez Arevalo It has pointed out that it is not punitive in nature and that it offers a “top view” of the city “without having to be at the foot of the street”, facilitating the work of the Local Police in large demonstrations and concentrations and specific moments of greater influx of traffic.

“We do not see only one conflictive point but the whole of the city,” said the Corps inspector, which allows them to channel and divert traffic through non-congested roads. “It is a basic element for a modern and current Police”, he specified.

As explained Juan José Pérez del Pino, the Government of Milagros Tolón has invested in the last two years more than 350,000 euros in improvements for traffic control in the city. A commitment of a continuous nature that will entail new additions in the coming months such as the acquisition of a radar to control speed on the streets of Toledo.

In addition to the traffic monitoring cameras, traffic lights and hydraulic groups with retractable pivots have been reinstalled for access control in the Casco, buttons have been changed in the pedestrian crossings and the communications network has been updated with the renewal of the radio links.