They will invest 378,000 euros in the comprehensive reform of the Tembleque school 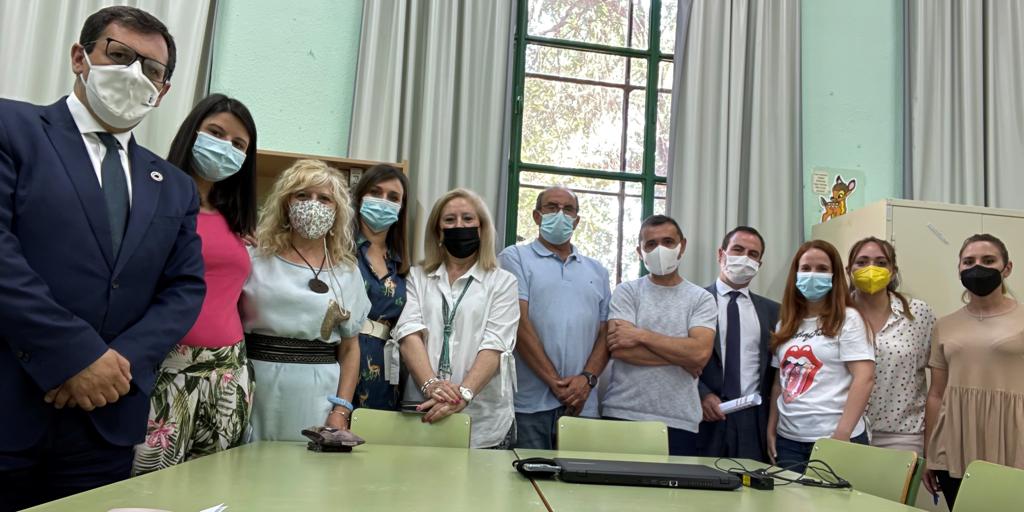 «Within the wide economic deployment, never before seen in the province of Toledo, which is being carried out by the Government of Castilla-La Mancha for the improvement of educational infrastructures and sports facilities, we are going to invest 378,000 euros at the CEIP ‘Antonia González’ from
Tembleque to carry out a comprehensive reform of the school, ”the provincial delegate for Education, Culture and Sports, José Gutiérrez, advanced on Tuesday.

This has been communicated during the visit that, together with the delegate of the Board in Toledo, Javier Úbeda, and the mayor of Tembleque, Jesús Fernández, made to the municipality’s college to supervise the works that will start throughout the summer and where he has held a meeting with representatives of the CEIP ‘Antonia González’ educational community.

Gutiérrez has explained that with these works he will improve energy efficiency with the updating of the electrical installation and replacement by LEDs, the replacement of the boiler and the carpentry, and emphasized that also «we are going to proceed to the expansion of the center with two units, which will allow us to remove the two prefabricated modules that had to be installed in their day.

The possible location of the two new units, taking into account that the main building of the school is included in the Catalog of Protected Elements due to its architectural interest, will be in the area occupied by the teacher’s old home and the estimated budget for this work amounts at 200,000 euros.

“With the expansion and improvement of these educational facilities, the regional government continues to make progress in improving educational quality in the different regions of our province, in this case in a rural area such as Tembleque,” said the provincial delegate for Education. , Culture and Sports.

Gutiérrez added that «from the Ministry of Education we are responding to the needs in terms of educational infrastructures in a large number of municipalities and in all regions because we work to structure territorially and socially unite the province, in addition to responding in the areas where the student body has increased notably ».