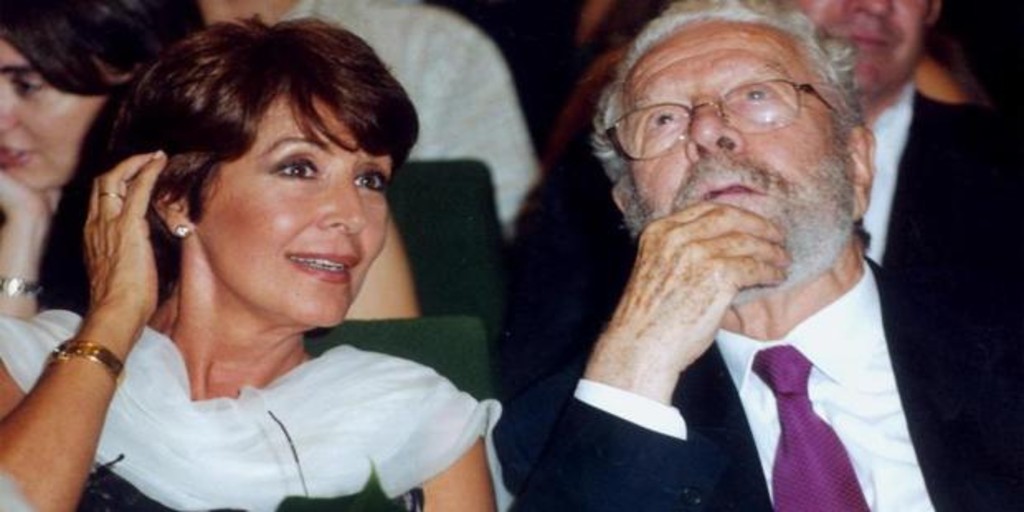 We have been attending during the last months with all the luxury of hype and cymbal of the preparatory ceremony for the celebration of the centenary of the unparalleled director Luís García Berlanga, born on June 12, 1921. Exceptional filmmaker, internationally recognized for all his cinematographic work made between the years 1950 and 1990. I doubt that there is any Spaniard of any age segment who has not heard of Berlanga or one of its magnificent achievements such as: That happy couple (1951), Welcome, Mister Marshall (1953), Boyfriend in sight (1954), Calabuch (1956), Miracle Thursdays (1957), Plácido (1961), El Verdugo (1963), La National Shotgun (1978), La Heifer (1985), All in jail (1993) and finally Paris-Timbuktu (1999). Without forgetting the trilogy that includes the National Shotgun, National and National Heritage III, centered on the stage of the Spanish Transition.

It is not my task to carry out any analysis on the cinematographic history of the Valencian Berlanga. First, because it is very difficult to do it in a very limited space and second because this article responds to my particular interest in making known a very limited period in his biography. And more precisely I want to tell some details, perhaps not very well known by the most cinephiles and admirers of Berlanguiano. For this I will stop at his The Executioner movie, shot in 1963, from my point of view it is one of the most recognized films in all the rankings about Spanish cinema that have been published in recent years, and for me personally a masterful film for all the details and nooks that we find each time we look at it carefully. A film that masterfully narrates the Spanish society of the moment, portrays loneliness and its consequences, as well as being a subtle argument against the death penalty in Spain.

Berlanga had the complicity of the scriptwriters Rafael Azcona and the Italian Ennio FlaianoAs I say, a devastating script creating a great impact and institutional political upheaval within the Francoist state; We will explain later on some of the most grotesque scenes that took place during the film’s journey through the different European film competitions.

Regarding the casting, the actors were selected Pepe Isbert, Enma Penella and the Italian Nino Manfredi, all three spectacular. In this film the magic of the cinema arose because they were not really actors, they were the ones who were experiencing all the sequences of the script, they considered it their “story”. Just as the vast majority of supporting actors were seeded from beginning to end. Hence the genius of the film that shows the brilliant direction of Mister Cagada, as the most intimate called him.

It remains for us to reveal the people and companies responsible for its production; Berlanga was supported by the Madrid-based production company Naga Films SA and Rome’s Zebra Films spa. As for Naga Films, to say that the protagonist of the production company was the Eldense Nazario Belmar Martínez (1922-1980), there was a great collaboration between director and producer which made the entire filming process go smoothly. Belmar belonged to a family linked to the manufacture of high quality women’s footwear, the company was Children of José Martínez Sánchez SL and being the brand “MARUJA” with which they commercialized their shoe collections. I suspect that his affinity for the high-heeled shoes that Berlanga has always shown may come from here. Some conversations and confessions would exchange regarding the secrets and eroticism in stilettos and the Austro-Hungarian empire that so many rivers of ink have been written.

Belmar’s professional beginnings were in the beautiful game, he was an exceptional left interior, robust and powerful in passes and shots on goal, authentic whips. He was first active in the Hercules from Alicante CF. Signed by Real Madrid For the 1941/42 season he was developing a great job in the merengue team until an irreversible injury definitively separated him from football in 1950. He did not give up and continued in the world of sports, but in a more institutional way. It had Degree in Law at the Complutense and founded the production company Naga Films in partnership with Marcelino Galatas, companion of fatigue in football.

Naga Films had an ephemeral life, due to financial problems caused by third parties, they were forced to close the production company and dissolve the company that united it with its partner Galatas. Belmar continued in the cinema, created his own production company, Belmar P.C. producing some more film, A vampire for two (1965), directed by Pedro Lazaga. In the end, he ended up dedicating himself to the exercise of law and strengthening his professional ties and friendship with the people he met throughout his sporting life, with whom he maintained regular contacts through meetings and sports gatherings in the Madrid environment.

We delve into the latest footage of this brief biographical profile of Nazario Belmar. I consider it interesting to review the commercial success that El Verdugo had in the cycle of its presentation at various festivals. It was exceptionally at the Venice Film Festival where the film was acclaimed by the Festival’s Jury and authorities, receiving the award from the public and international critics. Also the award in the Moscow Festival and the great Prize of the French Academy of Black Humor among many others. And not only were they congratulations, but it altered the emotional stability of the entire film crew, including Belmar. The film was presented in Rome in a private screening with the Spanish ambassador in Rome, causing a certain uproar leaving Berlanga himself perplexed. Alfredo Sánchez Bella mobilized the director of the Mostra as well as the authorities in Spain. Nothing could be done because the film had already been awarded and shown in other countries. The most anecdotal is the immense number of invectives that Berlanga earned, classifying him as communist and bad Spanish by the Caudillo himself. Spain was giving the last blows to the most retrograde Francoism and entering a process of economic development and opening to the outside that would end the economic and cultural autarky.

Yes, I would like now to present an opinion about the figure of Nazario Belmar about his professional and personal disposition in all this dynamic of tension due to the plot of the film. It is of interest to know a fragment of the letter that the ambassador sends to the Minister of Foreign Affairs in Spain, Fernando María Castiella, trying to save our Belmar from burning in relation to the events in Venice: “the producer Belmar is an excellent person; when he heard me he was devastated. Former soccer player, noble and clean boy, of the Regime without a doubt, and Franco, something that he does not deny at any time; he would gladly do anything to get out of the mess he’s in. You have some money; They told him that Berlanga made good films and put capital into the company; He didn’t even know what had been done and now he was coming to Rome happy and happy to attend a festival for the first time in which it was said that his film was going to have resonance. ” This warm fragment without waste, has been collected from the new authorized and updated edition of the biography of Luis García Berlanga whose author is none other than Antonio Gomez Rufo.

Nazario Belmar, suffering from a serious illness, died on July 9, 1980 at the Clínica de la Concepción in Madrid. He was 58 years old, a premature death that caused the most complete desolation among his family and friends. The sports newspaper As remembered him in this emotional way: “Nazario Belmar was a football lord. A player different from the others. All his conditions were good. Football of course. Correct, fine, polite, gentleman. ”

There is a final note to close the circle on the film that concerns us, in the sense of underlining Nazario’s sense of responsibility, knowing that during the month of January 1963 he personally requested the mandatory filming permission from the General Directorate of Cinematography. On June 20, the production company received a positive response to start filming the film. In this way, whenever we review this great film we can remember with joy that behind the scenes there was always our admired and fellow countryman Nazario Belmar.