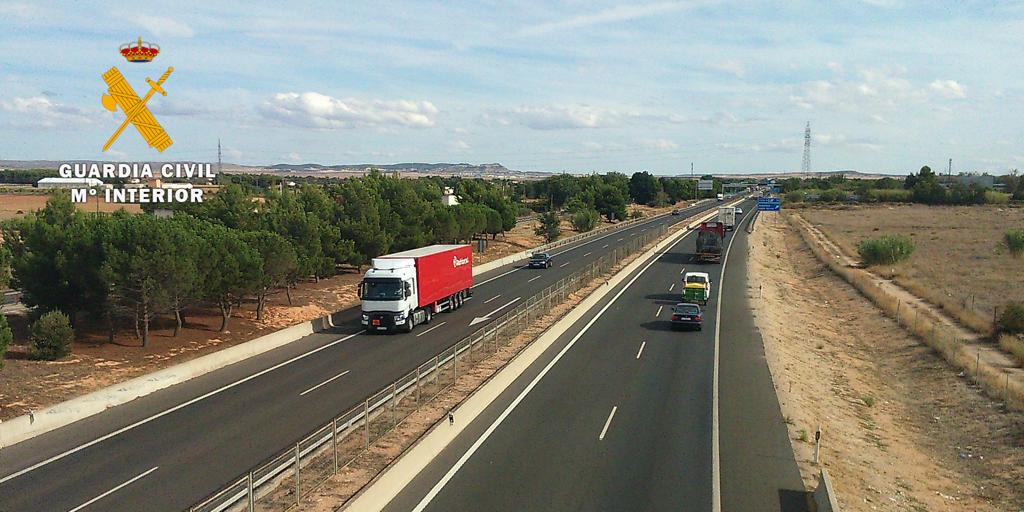 Members of the Civil Guard of Chinchilla de Montearagón They have arrested a 61-year-old neighbor from Ayora (Valencia) as the alleged perpetrator of a crime against road safety. This person drove in the opposite direction than usual for 47 kilometers, on the A-31 motorway, causing several accidents in his wake.

The driver joined the aforementioned highway at the exit of the town of Almansa (Albacete), finally being arrested in the municipality of Hoya-Gonzalo.

The Central Operational Services (COS) of the Civil Guard of Albacete he learned, through the 112 emergency service and numerous calls to his 062 emergency telephone number, of the attitude of the driver of a passenger car that was circulating in the opposite direction on the A-31 motorway, towards Madrid but on the lanes in the direction of I raised.

Apparently, on his way, he ignored the stop signals of several police cars that had been interspersed in the exits of the highway to stop the reckless driver.

It was a patrol from the town of Chinchilla de Montearagón who carried out a restrained circulation of traffic, in accordance with the protocol of action in road arrests, managing to reduce the speed of road users safely while clearing the lane where it was circulating the offending vehicle. Finally, the Civil Guard managed to stop the tourism and the arrest of its driver, then restoring the circulation of the road.

The detainee’s driving caused several accidents, as drivers who were circulating correctly had to carry out abrupt maneuvers to avoid the collision. Fortunately, these accidents resulted in material damage and minor injuries, after their vehicles collided with the road protection barriers and with other vehicles while trying to avoid frontal collisions.

The three wounded, all of a minor nature, were treated at the General Hospital of Almansa.

At the time the events occurred, the highway was concentrating a large flow of vehicles, so despite the danger that the driver’s maneuver generated, there was no need to regret personal misfortunes thanks to the actions of the Benemérita troops.

The driver of the vehicle, after undergoing tests for the use of alcohol or toxic drugs, narcotics or psychotropic substances gave a negative result.

The proceedings instructed by agents of the Attestation Team belonging to the Traffic Subsector of the Albacete Civil Guard, together with the detained person, were delivered in the Examining Court number 1 of Almansa and also Instruction number 1 of Albacete.