Caixabank and the unions agree to lay off 6,452 employees but continue to clash under the conditions 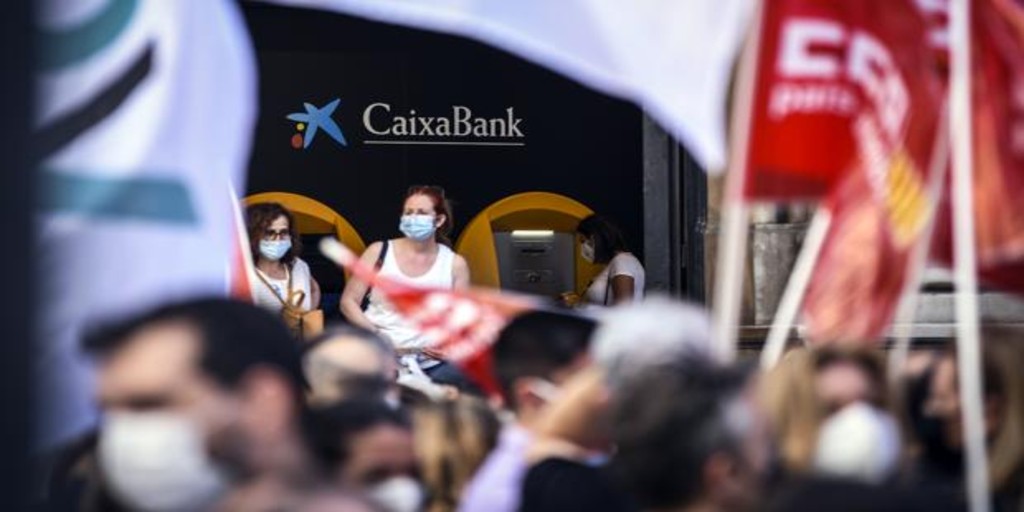 More than two months have passed since Caixabank announced its massive Employment Regulation File (ERE). Almost 8,300 workers were affected by a historical dismissal process not only in the entity but in the sector as a whole, due to the size of the figure. Finally, the company and the workers’ representatives have reached an understanding on the number of dismissed … but not on the conditions of exit. The negotiations are still underway, but the data is already clear, according to what the unions have transmitted with their latest proposal.

Will be 6,452 employees those who must leave the largest entity in Spain by volume of assets (around 630,000 million) after the absorption of Bankia, which will continue to be the largest collective dismissal process in the history of banking in our country; in this figure both the bank and the representation of the workers have agreed. Thus, this means reducing the initial impact by more than 22% (1,839 less), and moving away from the ‘objective’ that the bank set at the beginning of not giving up too much beyond 7,000 exits.

Comparison between the company’s latest proposal and that of the RLT#TodxsSomosCaixabankpic.twitter.com/h70FPhAcc7

They have been weeks of maximum tension between the unions and the company. Dozens of social mobilizations to try to pressure against the ERE and even two general strikes at the company, practically ‘in extremis’ to force an improvement in the data and conditions of the workers. In the memory of this whole process are the caricatures made by the unions, for example of the president of Caixabank, Jose Ignacio Goirigolzarri, and the CEO, Gonzalo Gortázar.

The concept of the voluntary nature or not of the exits has been one of the points of greatest friction during all the contacts. Until the last moment they have been discussing this matter between both parties since the representatives of the workers wanted to abolish the criterion of meritocracy, while the bank was not willing to go through that hoop. Finally, the union position has been imposed and those who must leave will mostly do so voluntarily. “The management has proposed a detailed protocol for subscribing to the plan with the aim of ensuring that all departures are carried out on a voluntary basis,” explained the entity.

However, there are still aspects to be negotiated in which the proposals of the bank and the unions differ. The ERE is not closed and the negotiations, with marathon days, continue their course. The main confrontation, now, is that the workers’ representatives do not trust that the departures are totally voluntary, as well as that there are quotas according to the age groups.

The negotiation of this file has not been without controversy. Both parties have been negotiating for two days in days of several hours, in morning, afternoon and evening sessions, to try to reach an agreement that has finally been reached. But the tension, not only union, has also been felt by the Government.

The Executive has been attacking Caixabank for two months at the expense of its ERE, due to the high figures. First it was the economic vice president, Nadia Calvin, and then the Third Vice President and Minister of Labor, Yolanda Diaz. PSOE and Podemos united, this time, against the bank. In fact, Trabajo even sent a “warning letter”, as published by ABC, to the entity of Catalan origin to warn it that it would be vigilant regarding all legal requirements. This document also urged to reduce the number of those affected.