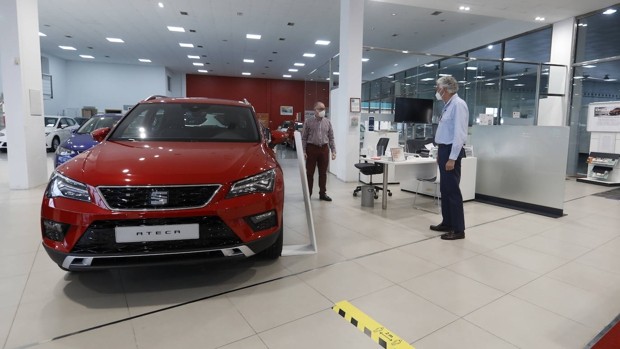 The Congress of Deputies has completed this Wednesday the parliamentary processing of the law of prevention measures and fight against tax fraud, after endorsing all the changes made by the Senate, including the limitation until the end of the year of the freezing of the registration tax , agreed by the PSOE and the PDeCAT. As a consequence, the cars will be cheaper, between eight hundred and one thousand euros on average, Until december 31.

All this after last Wednesday the Senate approved with 161 votes in favor, 1 against and 100 abstentions an amendment to said law to prevent a rise in said rate, which led to an increase in the price of vehicles after the entry into force of the new WLTP emission regulations on January 1, according to Ep.

This is because the registration tax is linked to the carbon dioxide (CO2) emissions that each car homologates. By changing the legislation and making it more stringent, cars register a higher figure, so they can jump the rate and have to pay more.

In this way, one of the issues that has had the entire sector in suspense for weeks is settled. After the entry into force of these regulations, the sector, unions and many political parties have launched initiatives to prevent a rise in the price of cars at a time when the market is still suffering the consequences of the pandemic.

Thus, Congress approved a few weeks ago, through an amendment to the PDeCAT in the new Law on measures to prevent and fight tax fraud, to eliminate the tax increase. All this with the votes in favor of the PP, Vox, Esquerra Republicana, Ciudadanos, PRC and PDeCAT itself, while PSOE and United We Can voted against and the PNV abstained.

In its document, PDeCAT sought a change in the registration tax application sections to reverse what happened on January 1, when the average price of new vehicles was de facto increased as a result of the new environmental legislation.

«The entry into force of the WLTP regulation (stricter) will mean an increase in the value of official issues, since the figure is approximately 20% higher than the current one. If this modification of a strictly technical nature is not corrected, in Spain the registration tax would be immediately increased and, in addition, for many models it would mean losing the current tax discount, “says the text, which was already presented at the end of 2020.

However, days later the Socialist Parliamentary Group of the Senate presented an amendment to overturn that change and maintain the increase in the registration tax. After reaching an agreement with PDeCAT, the Socialists backed down and agreed to freeze the rise until the end of the year.

From now on and until the end of the year the models that emit less 144 grams of carbon dioxide (CO2) For each kilometer traveled they will not pay the registration tax, while currently cars that emit less than 120 g / km are exempt from paying this fee.