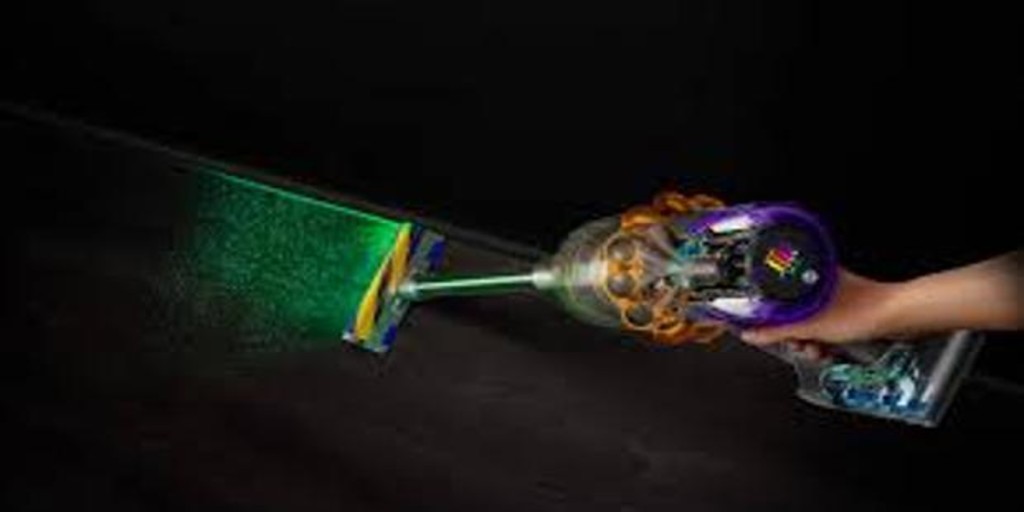 Dyson has introduced its new cordless vacuum cleaner Dyson V15 Detect that integrates laser technology for dust detection and a new brush that prevents hairs, both people and animals, from getting tangled. The device, called V15 Detect, has been designed to detect particles that are not normally seen with the naked eye, with a size of up to 10 microns, thanks to the angular precision laser integrated into the brush.

Specifically, Dyson engineers have integrated a green diode laser into the Slim Fluffy brush by positioning it at a precise 1.5 degree angle at 7.3 millimeters from the ground. The company explained that the color was chosen for its ability to create greater contrast and reveal hidden dust on the ground surface. A piezoelectric sensor has also been integrated inside the vacuum cleaner, allowing the user to know how much dust the vacuum cleaner has removed and to know the sizes of the different particles. These results are displayed on the V15 Detect LCD screen..

This process is carried out when the carbon fiber filaments of the brush collect the microscopic particles, which are measured and counted up to 15,000 times per second, as detailed by the company. The suction power varies automatically depending on the concentration of dust detected by the piezoelectric sensor, that is, it intensifies when it is faced with a greater amount of dust and returns to the previous level when the concentration is lower.

The V15 Detect is powered by the Dyson Hyperdymium motor, which generates up to 240 watts of suction, and integrates a five-layer filtration system that captures 99.99 percent of dust particles down to 0.3 microns, as promised by the company. The built-in cyclonic technology separates dust and dirt from floors and other surfaces and the complete sealing of the device ensures that these are not expelled back into the air.

This cordless vacuum cleaner also employs a new anti-tangle tapered brush, which prevents hairs (both human and animal) from catching on the brush by directing the sucked hairs directly into the container, through a spiral movement. The High Torque brush has also been renewed, in which the anti-tangle technology has also been applied. Now the brush consists of 56 polycarbonate tines, similar to a comb. These tines prevent hairs from tangling around the bristles during cleaning and remove hairs from the head automatically.

The Dyson V12 Detect Slim is the lightest cordless vacuum in the range, with a suction power of 150 AW. It is equipped with the laser technology built into the Fluffy brush in addition to key Dyson technologies. And instead of the trigger, the device is equipped with a single on / off button.