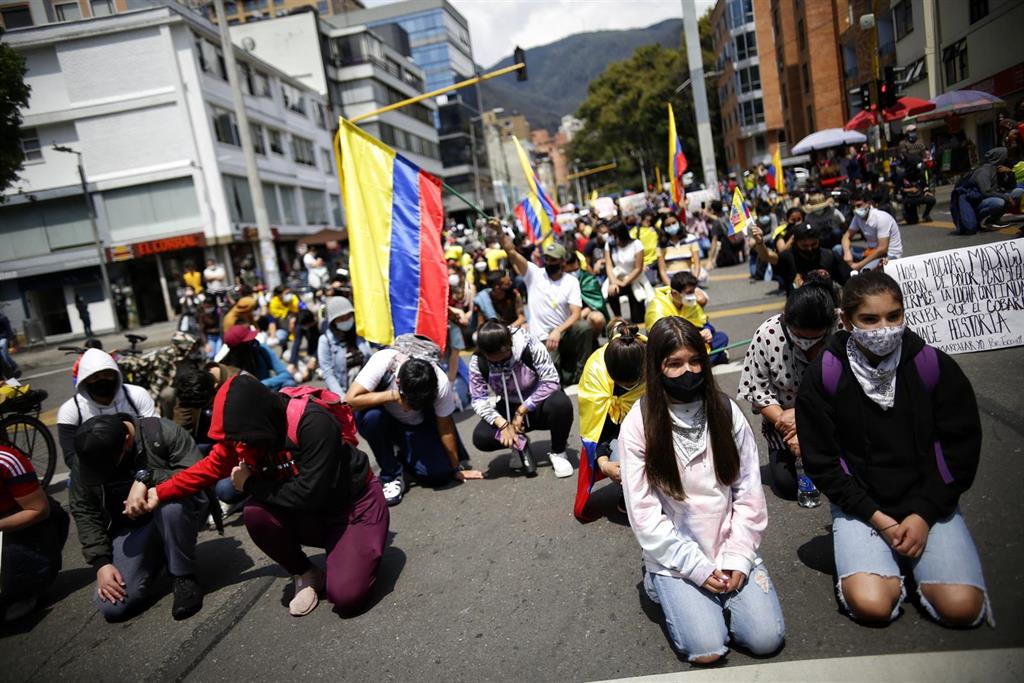 The president of Colombia, Iván Duque, announced on Tuesday that the Police have initiated a formal investigation against members of the Mobile Anti-Riot Squad (ESMAD) for “exceeding the use of force” in an intervention in a demonstration in the town of Suba , in Bogota.

The tension has been repeated this Tuesday in the country in this town during the presentation of the second line of the Bogotá Metro, an event attended by Duque, the Minister of Transport, Ángela María Orozco and the mayor of the city, Claudia López, among other authorities.

Before the event, a group of protesters has gathered who, according to the Colombian media ‘El Tiempo’, have thrown stones at the authorities, including the vehicle in which Orozco was.

ESMAD has intervened in the scene because of the situation, which has led to new clashes that have caused a young man to faint after struggling with an agent.

The young man has been treated and taken to a medical center, while the crowd has reproached ESMAD for these events, as well as for alleged attacks on journalists and a cyclist, who was allegedly beaten by at least four agents.

Given the violent events on Tuesday in Suba, Duque has acknowledged, in a publication on his Twitter profile, that the actions of members of the Police have “exceeded the use of force”, although he has reiterated his support for the body.

“All the support for our police officers, also all the demands in their actions. Given the complaints of irregular actions by ESMAD in Suba, I have asked for immediate measures to verify and investigate the facts,” said the minister. Defense, Diego Molano.

The commander of the Bogotá Police, Óscar Gómez Heredia, has specified that three agents have been identified for the attacks and separated from their duties, and has shown his “total rejection of all types of violence.”

Gómez has also indicated that he has spoken with some of those affected, such as the attacked journalists, to whom he has extended his apologies.

The mayor of Bogotá has also added to the condemnation of the events, who has described what happened in Suba as “unacceptable.” “We reject and take immediate measures on all abuse of authority and act of violence,” he assured.

This has occurred a day after Bogotá, among other parts of the country, has experienced a new day of riots and clashes between protesters and the Police two months after the start of the strike that has led to numerous protests against the Duque Government, in which police repression has been one of the main complaints.