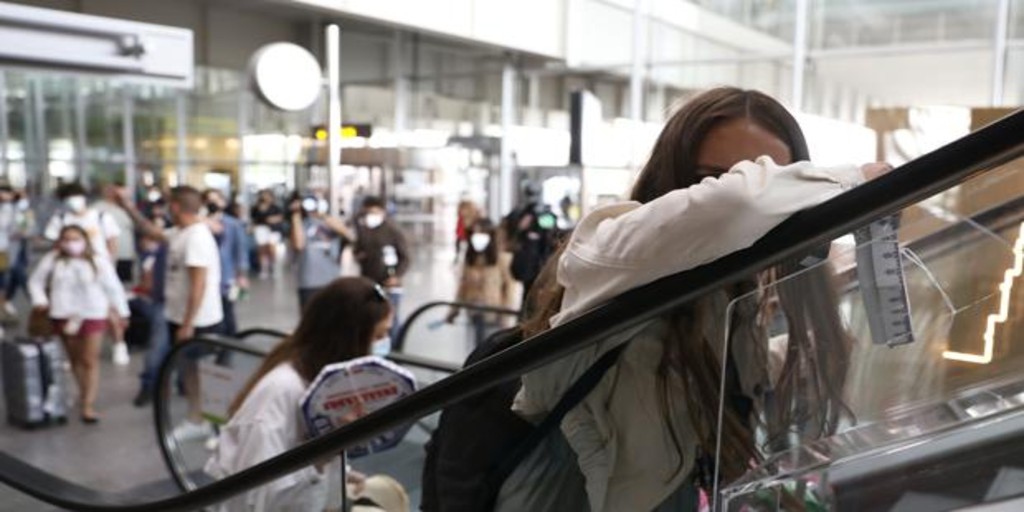 The outbreaks detected this week in Galicia, all linked to youth parties and family meals, will take their toll in the municipalities of Sarria and Carnota, which From this Saturday they will be at a high level of restrictions (Sarria remains) as agreed yesterday by the committee of experts that advises the Xunta. Limitations will also be raised in Pontevedra, the town most affected by the Balearic mega-outbreak, which will become in the middle step next to the municipalities of Cambre, Castroverde, Oia, Barro, Cambados, Poio, Vilaboa and Vilanova de Arousa. The reorganization of the map of restrictions adopted by the committee responds to the last photograph of the incidence of the virus in the Community, very uneven considering the conclusions adopted. With a positivity rate that remains at bay (around 3 percent) and accumulated incidents contained in most health areas, lThe eyes will be on Sarria, Carnota and Pontevedra in the coming days, the areas indicated by professionals and where youth interactions and the emergence of the Delta variant contributed to the spread of Covid even at the secondary level, that is, among family members and relatives.

Crucial will also be to know throughout the day today the results of the PCR tests that were carried out yesterday, almost at the foot of the runway, to the 86 students who arrived at the Lavacolla airport in Compostela from Mallorca. The tests, indicated from Sanidade, were optional, but participation was one hundred percent. In the absence of this information, the latest counts place over a hundred positive cases registered in Galicia linked to this mega-outbreak, specifically, 108. Most are located in the province of Pontevedra, 94 (and of them, ten in Vigo) , although in Lugo and Orense they have also been found positive. Most contagious strain Before participating in yesterday’s meeting, the committee’s experts assured that the danger of these infections does not refer so much to the number of registered cases, as to the strain to which they belong, much more contagious and resistant to the first dose of vaccines than the British, hitherto predominant in the Community. “We are talking about a much higher level of transmission,” said Dr. Sergio Vázquez, a member of the health body that advises the Xunta, to emphasize the population aged 60 to 70 years who was vaccinated with a first serum from AstraZeneca and still waiting for the antidote.

At this juncture, Dr. Sergio Vázquez once again threw the gauntlet on young people, appealing to “prudent” behavior to reduce the spread of the virus. And closely related to the social interactions that gave rise to the outbreaks that now occupy – and concern – the committee, the doctor ruled out modifications in the opening of the nightlife planned for tomorrow, indicating that “the important thing is to comply with security measures.” . The week in which vaccination of the thirty-year-old age group will start in most managements, the members of the medical sanhedrin once again claim caution in the use of the mask, mandatory even abroad when talking with people who are not cohabitants. Regarding this reflection, Dr. Vázquez radiographed the current situation and showed that the latest outbreaks registered in Galicia make it clear that the problem of increased infections is not so much “in places where there is control”, but in food or in other types of practices such as the ‘bottle’, collects Ep.

His words connect with sources like Chantada’s, with ten positives after a meal with friends, or that of Sarria, which is close to thirty cases and which also had its origin in a family reunion. “We must call for responsibility and remember especially young people, who are often asymptomatic, that the delta variant is very contagious,” he insisted at the gates of a summer that is not starting off on the right foot. No deaths As a result of the different explosive outbreaks registered in recent days, the upward trend in active cases in the Community continues for the sixth consecutive day and stands at 1,579. While, new infections remain above 120, with 121, and 52 patients remain hospitalized due to the coronavirus. In the case of critics, there are a dozen people admitted to the ICU -two fewer- and those who remain in other units -two more- increase to 40. There are 1,527 patients in home follow-up. By health areas, hospital pressure decreased in Orense and in Pontevedra and O Salnés; it increased in those of La Coruña and Cee and Vigo; and it remained in those of Santiago and Barbanza, Ferrol and Lugo. The good news, that no deceased was registered yesterday.