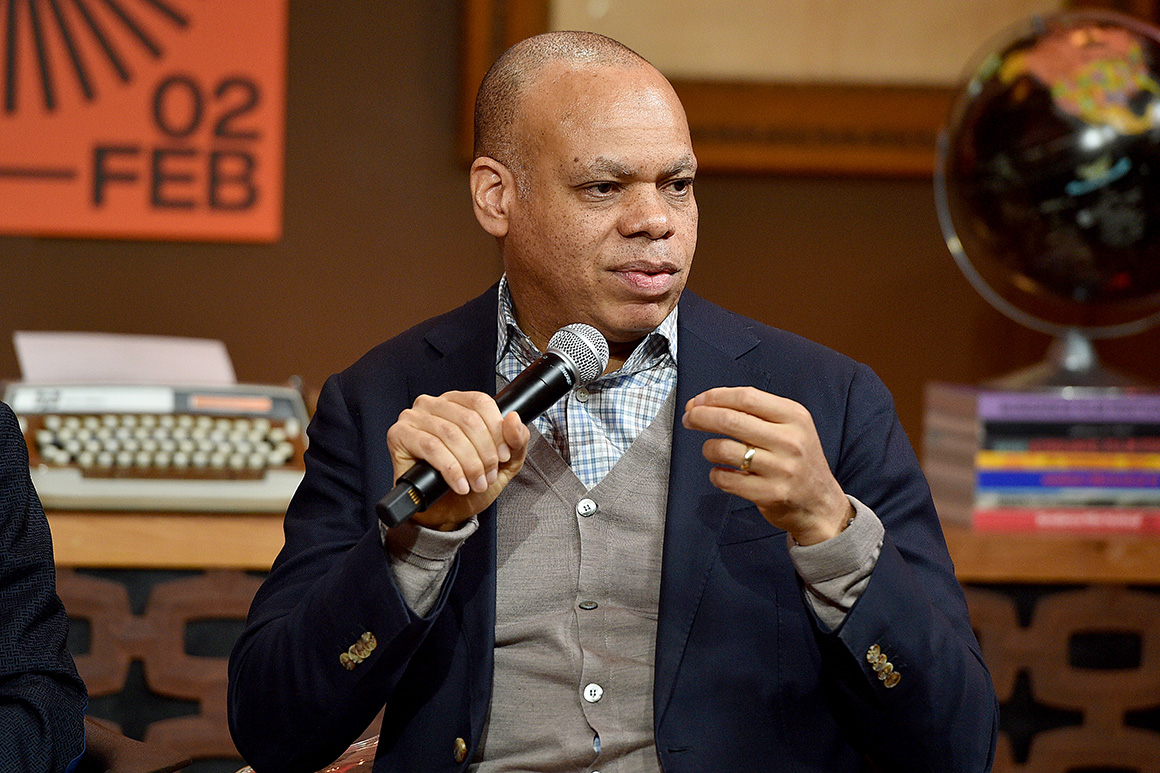 “I have this habit of taking my tool kit and refusing to unpack it as I go from mission to mission,” he said.

Gaspard’s current mission will be to take the reins of an entity that finds itself with newfound power inside a political system that’s proven increasingly dysfunctional. CAP has fed more than 60 officials into the Biden administration, many in critical roles. It has helped shape some of the legislative initiatives and executive actions that the president has pursued on topics ranging from immigration to inclusivity in government agencies.

But it hasn’t universally cheered Biden’s moves. Recently, there have been organizational concerns over the composition of the president’s bipartisan infrastructure deal; particularly, the absence of investments in climate and care initiatives. And like other liberal institutions, CAP is adjusting to a political climate in which its domestic priorities are being stymied by institutional hurdles, chiefly the Senate filibuster.

CAP’s founder and board member, John Podesta, has obliquely called for changing the rules of the Senate, but the think tank itself has not formally endorsed ending the filibuster. Gaspard did not either. Instead, he offered Biden-eques optimism for overcoming congressional gridlock.

“This is not my first trip in the back of the turnip truck,” he explained. “Some of us are old enough to remember Newt Gingrich and that moment in America and it wasn’t exactly easy to come to agreement on legislation back then. Think tanks like CAP still manage to put points on the board on issues that matter.”

The current climate, Gaspard conceded, was more tribal and rife with disinformation than years past — a climate in which his service at Soros’ foundation won’t just be fodder for conservatives but will likely feed conspiracy theories about the Democratic megadonor. But he and other Democrats were more clear-eyed, too. They’re also acutely aware that their window of power could be close with the midterm elections in 2022.

“There is a way in which we took our foot off the organizing accelerator,” Gaspard said of the first two years in the Obama White House, which led into the big election defeat Democrats suffered in 2010. “The Biden administration is, in many ways, the most surprising presidency in my lifetime, surprising in that there are so many challenges being met in a fulsome way and a way that can only be described as future forward, progressive in a broad sense, and inviting the participation of the full spectrum of the left and the center of the party.”

Launched in 2003, CAP was conceived by Podesta and others as a bulwark against Bush-ism and an incubator for progressive ideas and governance. It is formally nonpartisan. But it quickly became a massive player in the Democratic Party landscape, which had, to that point, relied on single-issue advocacy organizations and think tanks rather than an all-encompassing clearinghouse.

Along the way, it scored real wins: shifting the tide of opinion against the Iraq War, helping lay the foundations for health care reform in the lead up to Obamacare’s passage, innovating in the world of advocacy media and feeding personnel to institutions throughout D.C.

Combined with its policy and advocacy arm — the Center for American Progress Action Fund — CAP currently has a staff of 287 and an operating budget of $64 million for 2021, according to numbers it provided. Podesta said that while it’s generally true that it’s easier to raise money when a Republican president is in power, Gaspard is coming to CAP at a time when the organization has “a very good balance sheet and finances and with the reputation [for donors] that it’s a place that if you invest in you get good results.”

But the size and scope of the think tank has created problems too. CAP has accepted sizable donations from corporations such as Walmart and Google, and foreign governments such as the United Arab Emirates, leading to accusations that its work product on issues like antitrust and U.S.-Saudi policy is unduly influenced.

“I am going to take stock of all of this as I come in, but let’s look at the track record. We’ve been a leading advocate on much higher tax rates for corporations and a more robust anti-trust agenda for tech,” Gaspard said of the critiques. He said corporate donations to CAP represent less than 3 percent of the organization’s budget. “It’s hard to see how this is creating some inflexibility.”

CAP has also been accused of shunning — if not outwardly working against — Sen. Bernie Sanders (I-Vt.) and his wing of the Democratic Party. During the 2020 primary, the Vermont senator penned a fiery letter to the CAP board, accusing Tanden of “maligning my staff and supporters and belittling progressive ideas” after its now-defunct website, ThinkProgress, produced a video suggesting he had softened his demand for millionaires to pay more in taxes after becoming one himself.

Gaspard described the frictions as “a good, healthy and natural outcome of any campaign and contest of ideas” — one that should be expected.

“Let’s first start with the shocking notion that the progressive world is not monolithic and there is not a single organization that can possibly speak for the entire community,” he said. “That being said … CAP has been a more than credible convener across the spectrum because leadership on Capitol Hill appreciates that leadership at CAP has had its finger on the pulse [of] where the movement is and has established real credibility with activists and scholars.”

At the heart of much of the Bernie-CAP animus was Tanden, who, while running CAP, was prone to engage directly with his supporters, as well as her critics on the right. She also delivered searing tweets that went after members of Congress. At CAP, she had fierce defenders who credited her with putting together much of the intellectual and organizational framework to help push back against the Trump administration and preserve Obamacare. She was a frequent presence on cable news who was lauded for her policy chops and forged a close bond with Biden chief of staff Ron Klain.

But her highly personalized style of politics ultimately came back to bite her. In her first confirmation hearing to serve as the head of the Office of Management and Budget, Sen. Rob Portman (R-Ohio) cited tweets in which Tanden “wrote that Susan Collins is the worst, that Tom Cotton is a fraud, that vampires have more heart than Ted Cruz” and called Senate Minority Leader Mitch McConnell “Moscow Mitch and Voldemort.”

She ultimately withdrew her nomination, one of the first political defeats for the Biden White House.

Her withdrawal, Podesta conceded, forced the think tank to take a couple days to pause the search for her replacement as the possibility existed that she would return to CAP. But Biden soon made it clear he would bring Tanden into the fold as a senior adviser, and the search resumed. Podesta said they had many qualified candidates but none that fit the organizational directives and demands like Gaspard did.

“His experience in global philanthropy also fits where we see some of the challenges facing the United States growing around the globe, particularly the growth of right-wing authoritarianism,” said Podesta.

As for his own future, Podesta said he would remain on the CAP board to help the think tank transition to a new leader. But his time there may not be long term.

“I’m an old guy, so at an appropriate point I will fade off into the sunset,” he said, “a year or so.”