The Sail GP Spanish Grand Prix was presented in Seville 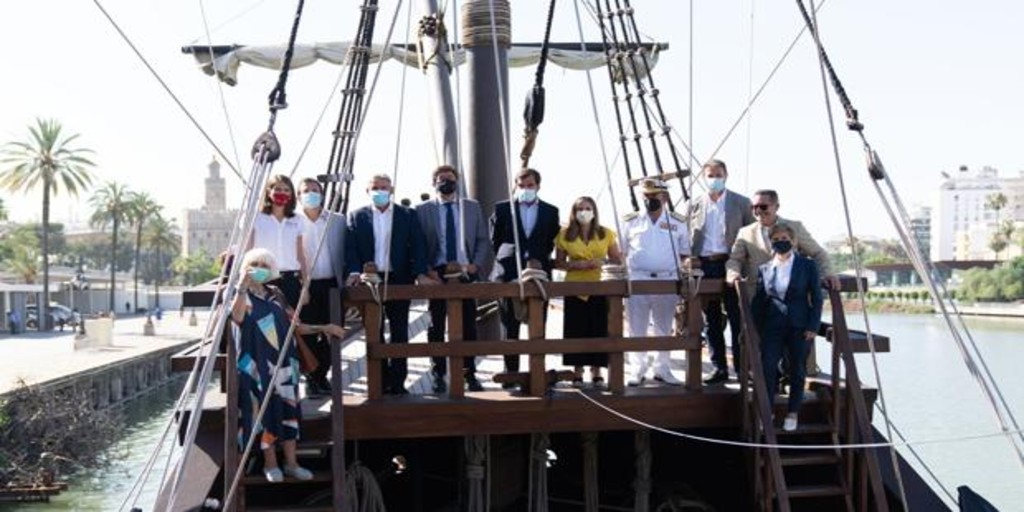 The waters of the Bay of Cádiz will host the celebration of the Spanish Andalusia – Cádiz Grand Prix of SailGP, the fastest catamaran competition in the world, which will arrive in the Cádiz capital next October. Most of the sailors who will visit Cádiz coinciding with the Hispanidad Bridge are Olympic medalists, America’s Cup winners and ocean race athletes from around the world. This was announced today at the presentation of the Spanish Grand Prix that was held in Seville in front of the Nao Victoria. Precisely, the Nao Victoria gives its name to the boat of the Spanish SailGP team, the F50 Victoria. During the event, the competition’s commitment to the environment was highlighted. Along these lines, the Spanish SailGP team has the collaboration of Wave of Change of Grupo Iberostar as the main sustainable partner.

The meeting, which has had the support of all Andalusian institutions and representatives of the nautical world, has also served to show the transformation that the city of Cádiz will experience on the occasion of the Grand Prize. The test is part of an iconic date for Spain and Andalusia; the Hispanidad Bridge and also commemorates the V Centenary of the First Around the World by Juan Sebastián Elcano at the head of the Nao Victoria.

Specifically, the city will have three major locations in the Bay. In the so-called “Muelle Ciudad” will be the Technical Area of ​​the teams, the Adrenaline Lounge and the Media Center. The Paseo De Santa Bárbara will be the free access area for fans, while the Baluarte de la Candelaria will be the premium area for spectators with access. In addition, in front of the race course there will be a natural stand where you can watch the competition from land.

The Spanish Grand Prix | Andalusia – Cádiz by SailGP will be one of the largest events that Andalusia will host this year and will serve to continue positioning the region as a reference sports tourism destination in the country.

The tourist demand and the economic impact that the event will generate in the territory will contribute to position Cádiz as one of the main reference cities in sailing sports worldwide. In addition to economic and tourist promotion, it should be noted that SailGP intends to serve as a platform to accelerate the change towards a cleaner, sustainable and inclusive future, through its Race for the Future initiative, supporting projects that generate a positive social and environmental impact in the region.

Currently, the Spanish SailGP team is the first classified in the competition after finishing second in the Italian Grand Prix, held at the beginning of June in Taranto (Italy). The Spanish team reached the final of the event where it was only beaten by Japan. With two Grand Prix disputed, the Spanish team has 16 points in the general classification, one more than Great Britain and two more than the Japanese.