The Valencian PSOE spokesman will defend the alleged leader of the ‘Azud case’, with socialists investigated 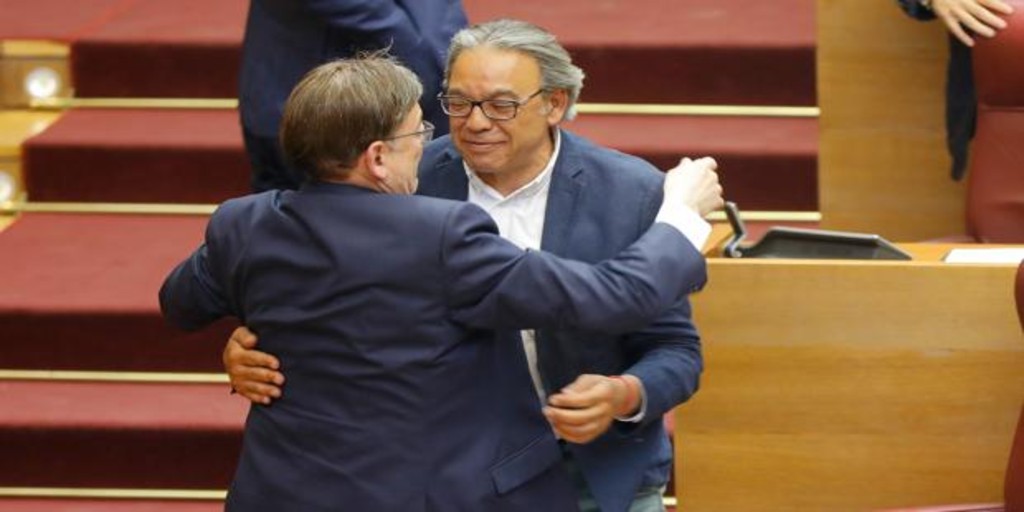 The PSPV-PSOE spokesman in the Valencian Courts, Manolo Mata, will defend in court the businessman Jaume Febrer, considered the presumed leader of the known as ‘Azud case’, the plot of urban corruption that charged bites to award public works, between 2004 and 2011, during the golden age of the PP in the Valencia City Council.

Mata has confirmed this Wednesday that he will assume the code-defense of Febrer together with his “friend” the lawyer Miguel Vergara, after The Provinces will advance your visit to Picassent prison a few days ago to meet with his client.

The builder is in preventive prison together with the former vice mayor of Valencia and number two of Rita Barbéra, Alfonso Grau, and, until his arrest, the sub-delegate of the Government in this province, the socialist Rafael Rubio. The three remain imprisoned, by order of the Court of Instruction number 13 due to the risk of destruction of evidence, after being arrested along with eleven other people in the framework of the second phase of the operation.

In addition to Rubio, there are two other PSPV charges investigated in this plot: Pepe Catalonia, former finance secretary of the party, and Jose Luis Vera, the still head of the legal services of Divalterra, the public company of the Diputación de Valencia governed by the Socialists and Compromís.

So much so that the opposition believes that Mata has accepted the defense of the real estate businessman as a way to obtain information on a case under summary secrecy and serve the president of the Generalitat, Ximo Puig, as a transmission belt, something that the aforementioned branded as “conspiracy theories.”

In fact, he stated that he did not know Febrer and stressed that “it is not a party decision”, nor “Nobody” from the PSOE has asked him to do so, but this movement responds to his professional vocation. “If one day I have to choose one thing or another, I will choose to be a lawyer: it is my life, this – politics – is an accidental question,” he said.

In addition, he has focused on the fact that in the period under investigation, he neither “worked in the City Council or had anything to do with the Generalitat”, so there is no conflict of interest. In any case, he will appear if asked to do so in the parliamentary inquiry commission approved on this matter.

“It is legal, it is ethical to guarantee the right to defense and it is even aesthetic, but everything is debatable”Mata added, referring to the criticisms of the PP trustee, Eva Ortiz, who considers that the announcement “is not normal or logical” and has added that the tripartite government that governs the Generalitat -PSPV, Compromís and Unidas Podemos- “would rage »If the visit to the prison were to someone from the popular ones.

The same position adopted by the spokesperson for Ciudadanos, Ruth Merino, who defines as a «clumsiness» as the ‘number two’ of the Valencian socialists, who “He doesn’t have a fool’s hair”, get involved in this case. For her part, the Vox trustee, Ana Vega, has described this issue as “morally reprehensible.”

However, Ximo Puig’s partners in the regional Executive have closed ranks with Manolo Mata. For Fran Ferri, from Compromís, defense is a fundamental right and “not a legal incompatibility”, while recalling that the socialist Catalan Ombudsman “gave up exclusive dedication -as a deputy- to be a lawyer ».

Ferri has also warned the PP that it is not possible to “escape” from this new case of corruption, like the spokesperson for United We Can, Pilar Lima, who has stressed that the popular ones have “much to keep quiet”. Likewise, Lima has agreed that “the practice of law cannot be limited.”