These are the black flag beaches in Spain 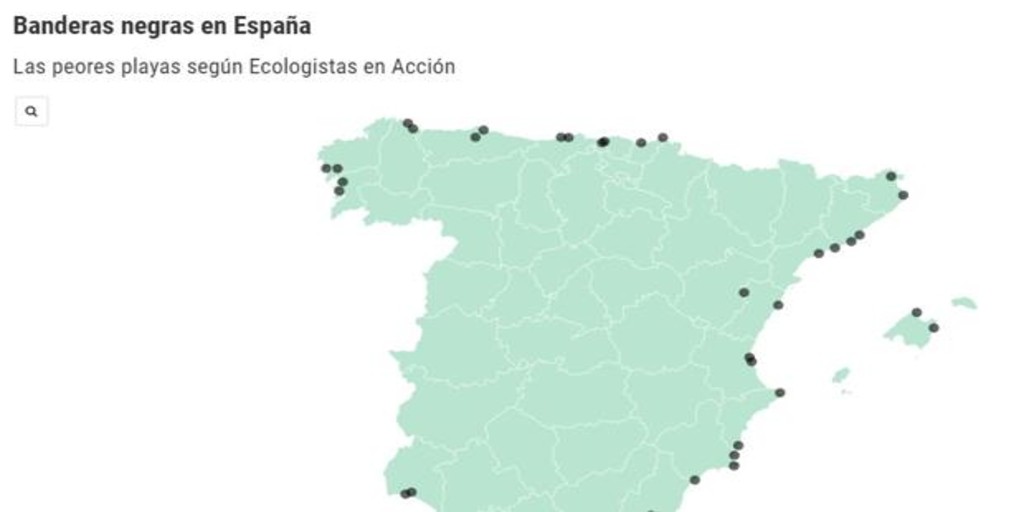 Wastewater discharges and poor purification have led to ‘Ecologists in Action’ have awarded a total of 48 black flags to the beaches of Spain. This data indicates that there are two for each coastal province, as well as two for each autonomous city (Ceuta and Melilla).

In this 2021 report, in which 8,000 km of coastline have been analyzed, they repeat some areas that were there last year, such as the Ría de Huelva, the Mar Menor in Murcia or Playa de El Carmen in Barbate, Cádiz.

Of all the black flags the distribution has been as follows: 15 due to raw water discharges, eight due to urban planning, seven due to polluting industrial activities, six due to ports and shocking cruise ships, three due to coastal erosion and defense works, three due to affections to biodiversity and invasive species, three for various reasons that are not specified, two due to accumulation of garbage, and one last due to the effects of aquaculture.

–Asturias: serious deficiencies in the sanitation of Asturias and in the El Musel-Enagas regasification plant.

-Basque Country: Petronor, expansion of the Bilbao superport, dredging of the Zumaia estuary and at the mouth of the Bidasoa-Txingudi river.

-Ceuta and melilla: stretch of coastline between the Tarajal and the start of the Levante breakwater of the Port of Ceuta; desalination plant and wastewater treatment plant in Ceuta, Arroyo Mezquita (Melilla) and the mouth of the Oro river (Melilla).